General James White Memorial Civic Auditorium and Coliseum (usually shortened to Knoxville Civic Coliseum) is a multi-purpose events facility in Knoxville, Tennessee, owned by the Knoxville city government and managed by SMG. Its components are an auditorium with a maximum seating capacity of 2,500, [1] a multi-purpose arena with a maximum seating capacity of 6,500, [2] an exhibition hall and a reception hall. It was built in 1961. [3]

It was the main home arena for Smoky Mountain Wrestling, a regional wrestling promotion, run by pro wrestling Hall of Famer Jim Cornette from 1992 to 1995.

Performances hosted in the facility have included circuses, plays and musicals, symphony orchestra concerts, popular music concerts, and comedians. [3] On March 18, 1982, the venue was notable to be the site of Randy Rhoads ' final show, before his death in a plane crash the very next day. [4] [5]

Chicago broke the record (at that time) for the fastest sellout to a concert at the Coliseum for their August 26, 1971, performance. 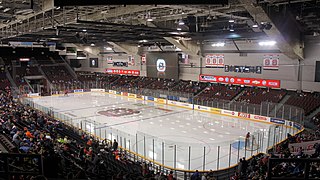 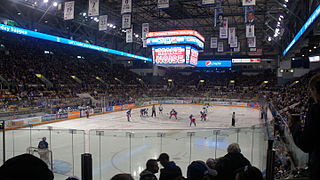 The Kitchener Memorial Auditorium Complex is a multi-use municipally-owned facility in Kitchener, Ontario, Canada. The complex is located on East Avenue, near the Ottawa Street interchange on the Conestoga Parkway. The complex includes "The Kitchener Memorial Audiorium" with the Dom Cardillo Arena, two smaller community arenas the Kinsmen Arena and Kiwanis Arena, the Jack Couch Stadium baseball park, Centennial Stadium and a skatepark outside the stadium.

The Von Braun Center, known as the Von Braun Civic Center until 1997, is a multi-purpose indoor arena, meeting, and performing arts complex, with a maximum arena seating capacity of 10,000, located in Huntsville, Alabama. The original facility debuted in 1975 and has undergone several significant expansions since opening.

Thompson–Boling Arena is a multi-purpose arena on the campus of the University of Tennessee in Knoxville, Tennessee. The arena opened in 1987. It is home to the Tennessee Volunteers (men) and Lady Vols (women) basketball teams. Since 2008, it has been home to the Lady Vols volleyball team. It is named after B. Ray Thompson and former university president Edward J. Boling. The basketball court is named "The Summitt" after the late Lady Vols basketball coach Pat Summitt. It replaced the Stokely Athletic Center. The mammoth octagonal building lies just northwest of the Tennessee River, and just southwest of Neyland Stadium. As an echo of its neighbor and a tribute to the brick-and-mortar pattern atop Ayres Hall, the baselines of the court are painted in the familiar orange-and-white checkerboard pattern. 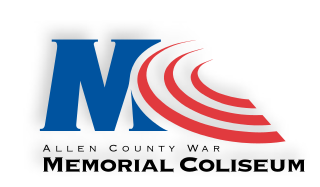 Allen County War Memorial Coliseum is a 13,000-seat multi-purpose arena located in Fort Wayne, Indiana, near present-day Johnny Appleseed Park. It opened in 1952 with a construction cost of nearly $3 million. The Allen County War Memorial Coliseum was originally designed to seat 8,103 for hockey or 10,240 for basketball. Opened in 1989, the Coliseum's $26 million Exposition Center contains 108,000-ft² (0.100-km2) devoted to hosting substantial trade shows and other events with seating for 7,500.

The Amarillo Civic Center is a multi-purpose convention center in Amarillo, Texas. It consists of multiple facilities including:

Coleman Coliseum is a 15,383-seat multi-purpose arena in Tuscaloosa, Alabama, on the campus of the University of Alabama. It is the current home of the Alabama Crimson Tide men's and women's basketball and women's gymnastics teams, and previously served as the home of the women's volleyball program. Opened in 1968 as Memorial Coliseum as a replacement for Foster Auditorium, the coliseum is located at the center of the University of Alabama's athletic complex, which also includes Sewell-Thomas Stadium, Sam Bailey Track & Field Stadium, the Hank Crisp Indoor Facility, the Mal M. Moore Athletic Facility and the football building and practice fields.

Duluth Entertainment Convention Center (DECC) is a multi-purpose arena and convention center complex located in Duluth, Minnesota. It has been home to the University of Minnesota Duluth Bulldog hockey team since 1966. The DECC is located on the waterfront near Duluth's famous Aerial Lift Bridge. 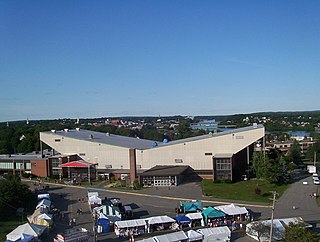 The Bangor Auditorium was a 5,948 seat multi-purpose arena located in downtown Bangor, Maine. It opened October 1, 1955 and was used for concerts, sporting events, circus performances, political rallies, as well as trade shows with 16,000 square feet of space. It was demolished in 2013. It shared the same complex as the Bangor Civic Center. For decades, it hosted the Maine Principals' Association basketball tournament each February, as well as the graduation ceremonies for Bangor High School in June. It also served as the home of the Maine Windjammers of the Continental Basketball Association, and the University of Maine men's and women's basketball teams for a few seasons until 1992. The V-shape style of the building gave it the look of giant wings and adds to the atmosphere. A statue of Paul Bunyan towered outside as a symbol of the city's prosperous history as a lumber port in the early-to-mid-19th century.

Pete Mathews Coliseum is a 3,500-seat multi-purpose arena in Jacksonville, Alabama. It is home to the Jacksonville State University Gamecocks men's and women's basketball teams as well as the women's volleyball team. It also hosts the annual Calhoun County High School Basketball Tournament held each January, in which all high school basketball teams in Calhoun County, Alabama compete. The arena has been the annual host for this event since the early 1990s. Prior to that time, the event was held in different facilities around Calhoun County. The venue opened in 1974 when the basketball team moved there from Stephenson Hall. In addition to the arena, the coliseum also houses an indoor swimming pool. Prior to the 2015 renovation, a concourse that was used as a jogging track circled the basketball court.

The Rapides Parish Coliseum is a multi-purpose arena located on Louisiana Highway 28 West in Alexandria, Louisiana. The coliseum can seat up to 10,000 people in the 65,000-square-foot (6,000 m2) building. Additional space is in the smaller Exhibition Hall, also on the property. Built in 1965 by Buddy Tudor's family-owned construction company in Pineville with foreman Pete Honeycutt along with the senior Tudor directing the construction. The dome-topped coliseum has hosted thousands of events, including music concerts, "monster" truck shows, professional wrestling, trade shows and sporting events.

Mercer Arena was a performing arts venue located at the corner of Mercer Street and Fourth Avenue North in Seattle, Washington. It was built in 1927 adjacent to the Seattle Civic Auditorium, as part of the $1 million Seattle Center. The venue predated the Seattle Center Coliseum by about 35 years.

The Stokely Athletic Center was an on-campus arena located at the University of Tennessee in Knoxville, Tennessee, United States. It was home to the men's and women's basketball teams from 1958 until the opening of Thompson-Boling Arena in 1987. In 2008, the Lady Vol volleyball team also left Stokely for Thompson–Boling Arena. It is located about a block from both the new arena and Neyland Stadium. It replaced Alumni Gymnasium, a 3,200-seat arena-auditorium built in 1931 which had hosted the SEC basketball tournament four times. 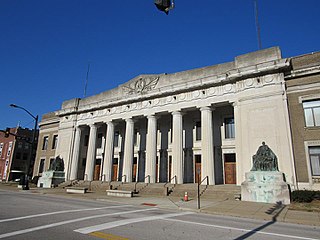 The Soldiers and Sailors Memorial Coliseum is a multi-purpose auditorium and meeting space in downtown Evansville, Indiana.