The Kolumba (previously Diözesanmuseum, "Diocesan Museum") is an art museum in Cologne, Germany. It is located on the site of the former St. Kolumba church, and run by the Archdiocese of Cologne. It is one of the oldest museums in the city, alongside the Wallraf-Richartz Museum. [1]

The museum was founded by the Society for Christian Art in 1853, and taken over by the Archdiocese of Cologne in 1989. [2]

Until 2007 it was located near Cologne Cathedral. Its new home, built from 2003–07, was designed by Peter Zumthor and inaugurated by Joachim Meisner. The site was originally occupied by the romanesque Church of St. Kolumba, which was destroyed in World War II and replaced in 1950 by a Gottfried Böhm chapel nicknamed the "Madonna of the Ruins". [1] [2] [3]

The new structure Peter Zumthor built for the museum now shares its site with the ruins of the Gothic church and the 1950s chapel, wrapping a perforated grey brick facade like a cloak around both, the museum and old church. [4] The sixteen exhibition rooms possess varying qualities with regard to incoming daylight, size, proportion, and pathways. The work on the project yielded the following reduction: light gray brick walls (Kolumba stones) and clay plaster, flooring made of Jura limestone, terrazzo, and mortar, ceilings made of a poured mortar shell, window frames, doors, casings and fittings of steel, wall paneling and furniture of wood, textiles and leather, curtains of leather and silk. [5]

The collection includes paintings, drawings, prints, sculptures, decorative art and religious icons from Late Antiquity to the present. [6] Apart from a few works on permanent display, the presentation features a regularly changing selection of the museum's holdings. The items are generally displayed without accompanying text, and in no particular chronological or stylistic order. [1] [3]

The year 1998 in architecture involved some significant architectural events and new buildings.

The year 2007 in architecture involved some significant architectural events and new buildings.

Peter Zumthor is a Swiss architect whose work is frequently described as uncompromising and minimalist. Though managing a relatively small firm, he is the winner of the 2009 Pritzker Prize and 2013 RIBA Royal Gold Medal.

Gottfried Böhm was a German architect and sculptor. His reputation is based on creating highly sculptural buildings made of concrete, steel, and glass. Böhm's first independent building was the Cologne chapel "Madonna in the Rubble". The chapel was completed in 1949 where a medieval church once stood before it was destroyed during World War II. Böhm's most influential and recognized building is the Maria, Königin des Friedens pilgrimage church in Neviges.

The year 2008 in architecture involved some significant architectural events and new buildings.

Julian Francis Stair is an English potter, academic and writer. He makes groups of work using a variety of materials, from fine glazed porcelain to coarse engineering brick clays. His work ranges in scale from hand-sized cups and teapots to monumental jars at over 6 feet tall and weighing half a ton.

The Cologne Fine Art Award was awarded annually as part of the art exposition ART Cologne. It was awarded by the Cologne Trade Fair Company and the Federal Association of German Art Publishers. Eligible were reproducible works, such as art printing or photography.

Thomas Herzog is a German architect from Munich known for his focus on climate and energy use through the use of technologically advanced architectural skins. He began with an interest in pneumatics and became Germany's youngest architecture professor at the age of 32. He established his firm Herzog + Partner in 1983.

Sauerbruch Hutton is an international agency for architecture, urban planning and design. It was founded in London in 1989 and is now based in Berlin, Germany. The practice is led by Matthias Sauerbruch, Louisa Hutton and Juan Lucas Young.

Hansjörg Göritz is a German-American architect, professor, author and designer associated with pure and minimalist architecture that emphasizes place, space, light and material. For his early works he was awarded one of the most prestigious architecture awards in Germany in 1996, the Development Award Baukunst to the Kunstpreis Berlin by the Academy of Arts, Berlin. In 2013 he was recognized as an Affiliated Fellow to the American Academy in Rome. 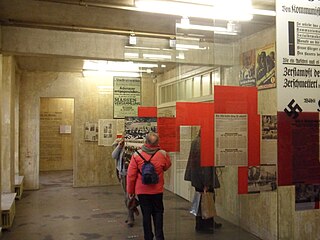 The NS Documentation Centre of the City of Cologne was founded by a resolution passed by the Cologne city council on December 13, 1979 and has become the largest regional memorial site in all of Germany for the victims of the Nazis. Since 1988, it has been housed in "EL-DE Haus," the EL-DE building, named for the initials of its owner, Catholic businessman Leopold Dahmen. This building was the headquarters of the Cologne Gestapo between December 1935 and March 1945. In the final months of the war, several hundred people, most of them foreign forced laborers, were murdered in the courtyard of the building. In a bit of historical irony, the EL-DE building remained largely untouched by the ravages of the war.

Petersen Tegl is a family-owned manufacturer of specialized brick and tile products based at Broager in Sønderjylland, Denmark. The company has collaborated with a number of leading international architects. Its Kolumba brick, developed for the Kolumba Museum in Cologne, has been described as "the world's most expensive brick". 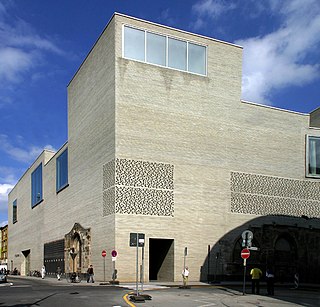 St. Kolumba was one of the largest parish churches in medieval Cologne, dating back to 980, and dedicated to Columba of Sens. The original Romanesque church was replaced by a Gothic church. Artworks in it included the Saint Columba Altarpiece by Rogier van der Weyden, and an altar by an anonymous artist. 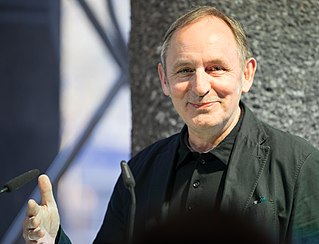 Volker Staab is a German architect.

Christian Schaller is a German architect working in Cologne and the Rhineland.