Lacrosse in England is an amateur sport played mainly by community based clubs and university teams. Field lacrosse was introduced to England in 1876 by William George Beers and other Canadians who toured the country playing exhibition matches. A second tour was arranged in 1883; by then England had 60 clubs playing regular fixtures in Cambridgeshire, Cheshire, Lancashire, Middlesex and Yorkshire. [1]

Men's club lacrosse in England is divided into parallel northern and southern leagues generally running from late September to early April. Each league also organises its own knockout competition known as 'Flags', which culminate in their respective 'Flags Finals' at the close of each season. [2] In addition to the regular season, English clubs host a number of internationally popular tournaments, including Bath 8s, Bluesfest, and the Nick Kehoe International.

Northern clubs are governed by the North of England Men's Lacrosse Association (NEMLA), which was formed in 1897 when 10 clubs began playing regular fixtures. NEMLA now comprises a Premiership and four further senior divisions.

The South of England Men's Lacrosse Association (SEMLA) formed on the 15th of March 1882 and governs clubs across southern England and Wales. As of the 2019/20 season the League consists of the Premier Division, two further senior divisions (Division 1 and Division 2), and three regional feeder divisions. For the 2018/19 season SEMLA created a new Local League to run alongside the main league to boost the number of competitive fixtures while reducing the travel commitment. [3]

The winner of the play-off between northern and southern league champions goes forward to compete against other European league champions for the Ken Galluccio Cup in Ghent, Belgium each year. English clubs are the most successful in the tournament to date with eight out of eleven titles. [4] Stockport are the most successful club in the tournament's history with four titles, while Hampstead, Poynton, Spencer, and Wilmslow have each won one title.

The main focus of men's lacrosse popularity in England is in Manchester and the North West. [5] Greater Manchester has hosted the World Lacrosse Championship in 1978, 1994, and 2010. A second centre is in the South East, especially in and around London.

Men's lacrosse is a common minority sport in universities, which along with club-based youth programs, provide the majority of newcomers with their first experience of the sport. In 2008, a men's BUCS league was introduced, providing greater support and recognition to the men's university teams.

The University of Cambridge has the distinction of being the oldest university lacrosse club in the UK having formed in 1882 and have contested the Varsity Match with the University of Oxford every year since 1903, excluding during the world wars. [6] Oxford lead the series 60-39-5. [7] [8]

McCrone credits lacrosse's limited popularity with Victorian men for its adoption by many girls' public schools in the 1890s. [9] In 1905 former students from Wycombe Abbey, Roedean and Prior's Field schools formed the first women's lacrosse club in England, the Southern Ladies' Lacrosse Club. The club played against sides from public schools and was captained by Audrey Beaton, an Old Roedeanian. [9] In 1912 Beaton led the establishment of the Ladies' Lacrosse Association, which included school teams; Beaton became honorary secretary and Penelope Lawrence, Roedean headmistress, was its first president. [10]

The LLA expanded rapidly and established a national team in March 1913. [9] A rivalry with field hockey developed when some girls' schools replaced hockey with lacrosse, but lacrosse remained a more minor sport. [9]

Lacrosse is often introduced to boys and girls with a soft stick and ball version of the game called pop lacrosse. Since 1982, the English Lacrosse Association has brought over one thousand coaches from outside the U.K. to teach young players the game. [13]

In the 2008, 2012 and 2016 European Lacrosse Championships England successfully defended their title in the Men's competition, and came second in the Women's competition.

The 2010 World Lacrosse Championships were held in Manchester, England from 16–24 July at the Manchester University Sports Ground, The Armitage Centre. [14] [15] The England team finished the tournament in 5th place.

US Lacrosse is the national governing body of men and women's lacrosse in the United States. It provides a leadership role in virtually every aspect of the game and has more than 450,000 members throughout the United States, and offers programs and services to inspire participation while protecting the integrity of the sport. The US Lacrosse national headquarters is located in Sparks, Maryland along with the Lacrosse Museum and National Hall of Fame. In addition, the headquarters campus features the IWLCA Building, Tierney Field and a memorial to the members of the lacrosse community that died in the September 11, 2001 terrorist attacks. US Lacrosse also oversees the U.S. National Teams, which have won a combined 30 world championships.

Lacrosse in Australia is a minor sport, with a long and proud history dating back to 1876, with a small but dedicated community of participants and volunteers. The established centres for Lacrosse are in the greater metropolitan areas of Melbourne, Adelaide, and Perth. In these cities there are organised weekend field lacrosse competitions for men and women at senior and junior levels, played over the winter months. In the off-season, there are informal box lacrosse and sofcrosse competitions, though the majority of players in Australia are mostly of the field lacrosse type. Some lacrosse is also played in Sydney, Newcastle, South East Queensland, Canberra and Hobart, it is very much at the developmental level.

The Dutch Lacrosse Association is the official governing body of lacrosse in the Netherlands. The Nederland Lacrosse Bond sponsors both a men's and women's national team. The national team programs are supported by a burgeoning domestic club league. The NLB is a full member of both the Federation of International Lacrosse (FIL) and the European Lacrosse Federation (ELF).

Ice hockey has been played in the United Kingdom since the beginning of the twentieth century, and it was a game between English Army veterans played in Canada that is the first recorded use of a sawed-off ball, which led to the use of the puck in hockey. The Great Britain men's national ice hockey team enjoyed worldwide success through the 1920s and 1930s, achieving bronze at the 1924 Olympics, and gold twelve years later. They also won medals at the World Championships in 1935, 1937 and 1938, though never won the tournament. The national team has struggled since the Second World War, and has not finished better than twelfth in the World Championships since 1962. Ice hockey is played professionally in the United Kingdom in the Elite Ice Hockey League, an eleven-team league which was founded in 2003.

Lacrosse has been played in Pennsylvania since the 19th century. There are many respected amateur programs at the club, college, and high school level, as well as several respected past and present professional teams in the National Lacrosse League (NLL) and Major League Lacrosse (MLL).

The Scotland national men's lacrosse team is governed by Lacrosse Scotland and is coached by Matt Bagley. 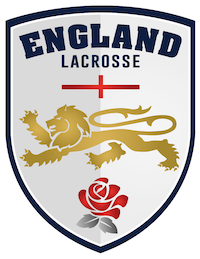 Surbiton Hockey Club is a field hockey club based in Long Ditton, Surrey, England. The club is one of the oldest hockey clubs in the world, being established in 1874. The home ground is based in Long Ditton, at Sugden Road. The club is currently the leading club in England with the women's team winning the league for seven years in succession and the men's team winning the three of the last four league titles.

The 2019 English cricket season will run between 26 March and 26 September. It will be the 130th in which the County Championship has been an official competition and will feature first-class, one-day and Twenty20 cricket competitions throughout England and Wales.