Letras Libres is a Spanish-language monthly literary magazine published in Mexico and Spain.

Letras Libres, printed since 1999 in Mexico and since 2001 in Spain, has an average of eighteen to twenty articles per issue. [2] Mexican historian Enrique Krauze is the founder of the magazine [3] and he is also editor. [1] The publisher is Editorial Vuelta, a prominent publishing company co-founded by the Nobel Prize laureate in Literature, Octavio Paz. The headquarters of the magazine is in Mexico City. [4]

The magazine is heir to previous Latin American literary magazines, [4] specifically Vuelta, which ceased publication in 1998 with the death of its founder Paz. [5]

At beginning of the 2000s, the magazine launched its website, which was designed by Danilo Black. [3]

Letras Libres publishes about history, culture, and social issues. Peter Standish and Steven Bell classified Letras Libres as "right-wing" in its political views, stating it represents the Mexican cultural and literary establishment, beginning in the 1980s. [6] 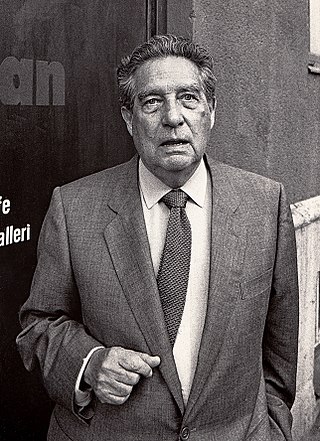 Octavio Paz Lozano was a Mexican poet and diplomat. For his body of work, he was awarded the 1977 Jerusalem Prize, the 1981 Miguel de Cervantes Prize, the 1982 Neustadt International Prize for Literature, and the 1990 Nobel Prize in Literature. 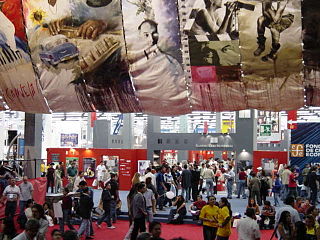 Mexican literature is one of the most prolific and influential of Spanish-language literatures along with those of Spain and Argentina. Found among the names of its most important and internationally recognized literary figures are authors Octavio Paz, Alfonso Reyes, Carlos Fuentes, Sergio Pitol, José Emilio Pacheco, Rosario Castellanos, Fernando del Paso, Juan Rulfo, Amado Nervo, Sor Juana Inés de la Cruz, Ramón López Velarde, and Carlos de Sigüenza y Góngora, among others. 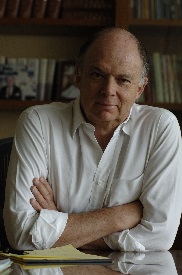 Enrique Krauze is a Mexican historian, essayist, editor, and entrepreneur. He has written more than twenty books, some of which are: Mexico: Biography of Power, Redeemers, and El pueblo soy yo. He has also produced more than 500 television programs and documentaries about Mexico’s history. His biographical, historical works, and his political and literary essays, which have reached a broad audience, have made him famous.

Alejandro Rossi was born in Florence, Italy of Venezuelan mother and Italian father) was an Italian-Venezuelan writer.

Latin American literature consists of the oral and written literature of Latin America in several languages, particularly in Spanish, Portuguese, and the indigenous languages of the Americas. It rose to particular prominence globally during the second half of the 20th century, largely due to the international success of the style known as magical realism. As such, the region's literature is often associated solely with this style, with the 20th century literary movement known as Latin American Boom, and with its most famous exponent, Gabriel García Márquez. Latin American literature has a rich and complex tradition of literary production that dates back many centuries. 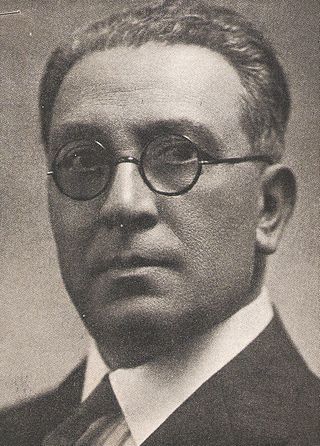 Enrique González Martínez was a Mexican poet, diplomat, surgeon and obstetrician. His poetry is considered to be primarily Modernist in nature, with elements of French symbolism.

The Academia Argentina de Letras is the academy in charge of studying and prescribing the use of the Spanish language in Argentina. Since its establishment, on August 13, 1931, it has maintained ties with the Royal Spanish Academy and the other Spanish-language academies that are members of the Association of Spanish Language Academies. Since 1999, it has officially been a correspondent academy of the Royal Spanish Academy.

Vuelta was a Spanish-language literary magazine published in Mexico City, Mexico, from 1976 to 1998. It was founded by poet Octavio Paz, who won the Nobel Prize for Literature. The magazine, successor to the earlier Plural, closed after his death. Its role was inherited by Letras Libres.

Los Contemporáneos can refer to a Mexican modernist group, active in the late 1920s and early 1930s, as well as to the literary magazine which served as the group's mouthpiece and artistic vehicle from 1928 to 1931. In a way, they were opposed to stridentism.

Nexos is a cultural and political magazine in based in Mexico City, Mexico. 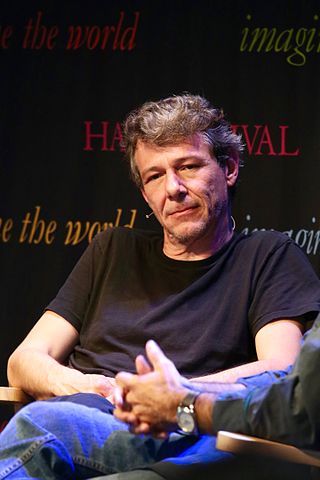 Álvaro Enrigue is a Mexican novelist, short-story writer, and essayist. Enrigue is the author of six novels, three books of short stories, and one book of essays. 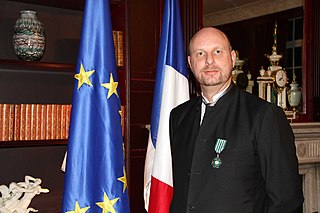 Sir Ruben Jose Marshall Tikalova KM, since 2022 is Director of Brokerage and International Advisor of the United States Foreign Trade Institute. He was founder of the contemporary arts and lifestyle magazine FAHRENHEITº, and was its editorial director from 2003 to 2017. 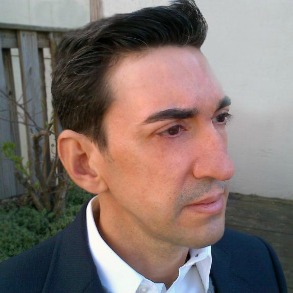 Eduardo Lizalde Chávez was a Mexican poet, academic and administrator. 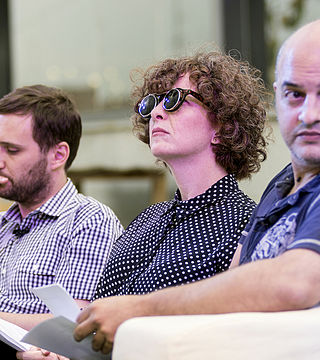 Daniela Franco is a Mexican conceptual artist and writer who lives and works in Paris. Her body of work is interdisciplinary and explores intersections between experimental writing, pop music and visual art through the creation of archives, temporary fictions and video. She is a San Francisco Art Institute and École nationale supérieure des Beaux-Arts alumna as well as a Fulbright scholar. Her projects have received support and grants from the Rockefeller Foundation, the Mexican National Council for Culture and Arts and Colección Júmex.

Argentina Díaz Lozano was the pseudonym for the Honduran writer Argentina Bueso Mejía. She was a journalist and novelist, who wrote in the romantic style with feminist themes. She won numerous awards for her books, including the Golden Quetzel from Guatemala, the Honduran National Literature Prize Ramón Rosa" and the "Order Cruzeiro do Sud" from Brazil. She was admitted to the Academia Hondureña de la Lengua and is the only Central American woman whose work has officially contended for a Nobel Prize for Literature.

Enrico Mario Santí is a Cuban-American writer, poet, and scholar of Spanish American Literature known for his critical essays and annotated editions of Latin American classics, including works by Octavio Paz, Pablo Neruda, and Guillermo Cabrera Infante. A frequent political commentator and art critic, he is also a sculptor and voice actor. As a child, Santí emigrated from Cuba to the United States, where he has had an extensive career as a professor in several universities. Currently, he is Research Professor at Claremont Graduate University, in Claremont, California.

Wikimedia Commons has media related to Letras Libres .
This page is based on this Wikipedia article
Text is available under the CC BY-SA 4.0 license; additional terms may apply.
Images, videos and audio are available under their respective licenses.