List of United States Congress members who died in office

There are several lists of United States Congress members who died in office. These include: 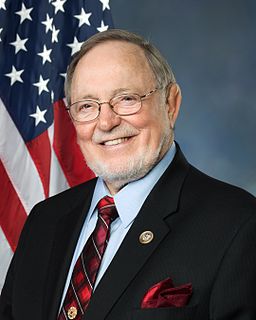 The Dean of the United States House of Representatives is the longest continuously serving member of the House. The current Dean is Don Young, a Republican Party representative from Alaska who has served since 1973, and is the first Republican Dean in more than eighty years, as well as the first from Alaska. Additionally, with the death of John Conyers, Young is currently the only living Dean of the U.S. House of Representatives. The Dean is a symbolic post whose only customary duty is to swear in a Speaker of the House after he or she is elected. The Dean comes forward on the House Floor to administer the oath to the Speaker-elect, before the new Speaker then administers the oath to the other members. 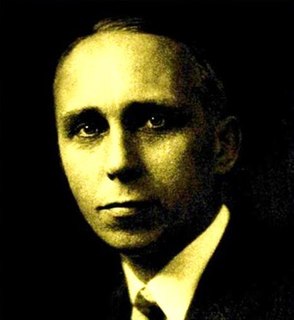 William Kirk Kaynor was a United States Representative from Massachusetts.

Samuel Brenton was a U.S. Representative from Indiana; born in Gallatin County, Kentucky. Attended the public schools; was ordained to the Methodist ministry in 1830 and served as a minister; located at Danville, Indiana., in 1834 because of ill health, and studied law; member of the Indiana General Assembly in the Indiana House of Representatives (1838–1841); in 1841, returned to the ministry and served at Crawfordsville, Perryville, Lafayette, and finally at Fort Wayne, where he suffered a paralytic stroke in 1848 and was compelled to abandon his ministerial duties; appointed register of the land office at Fort Wayne on May 2, 1849, and served until July 31, 1851, when he resigned; elected as a Whig to the Thirty-second United States Congress ; unsuccessful candidate for reelection in 1852 to the Thirty-third United States Congress; elected as an Indiana People's Party candidate to the Thirty-fourth United States Congress; elected as a Republican to the Thirty-fifth United States Congress and served from March 4, 1855, until his death in Fort Wayne, Indiana; interment in Lindenwood Cemetery. He was replaced by Charles Case in a special election to finish out his term.

John M. C. Smith was a politician from the U.S. state of Michigan. He served as U.S. Representative from Michigan's 3rd congressional district. 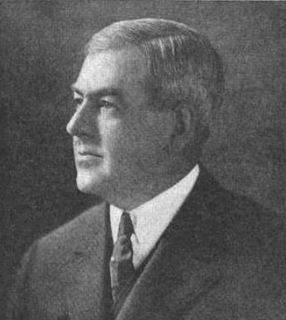 Harry Irving Thayer was a member of the United States House of Representatives from Massachusetts. He was born in Pembroke on September 10, 1869. He attended the public schools of Hanover and engaged in the leather business. He was an organizer and president of the Thayer-Ross Co., president of the New England Shoe and Leather Association, and president of the Tanners’ Council of the United States. Thayer was a delegate to the Republican National Convention in 1924, and was elected as a Republican to the Sixty-ninth Congress. He served from March 4, 1925, until his death in Wakefield on March 10, 1926. His interment was in Lakeside Cemetery. 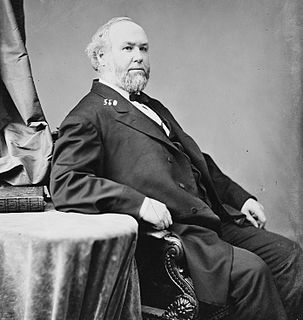 James Buffington was a member of the United States House of Representatives from Massachusetts. He was born in Fall River on March 16, 1817. He attended the common schools, and Friends College in Providence, Rhode Island. He studied medicine but never practiced, then engaged in mercantile pursuits. He was a member of the Fall River Board of Selectmen from 1851 to 1854, and served as the first Mayor of Fall River under the new city government from 1854 to 1855. He was elected as a candidate of the American Party to the Thirty-fourth Congress and as a Republican to the three succeeding Congresses. Buffington was chairman of the Committee on Accounts, and the Committee on Military Affairs. 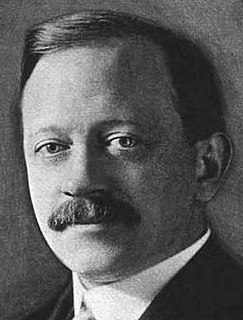 Charles Archibald Nichols was a politician from the U.S. state of Michigan.

Rush Clark was a nineteenth-century politician and lawyer from Iowa, who died on the floor of Congress in 1879.

Benjamin Thompson was a U.S. Representative from Massachusetts. 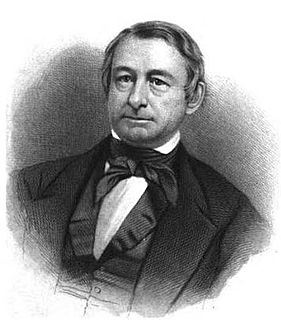 Daniel Putnam King was a U.S. Representative from Massachusetts.