Local mean time is a form of solar time that corrects the variations of local apparent time, forming a uniform time scale at a specific longitude. This measurement of time was used for everyday use during the 19th century before time zones were introduced beginning in the late 19th century; it still has some uses in astronomy and navigation. [1]

Local mean time was used from the early 19th century, when local solar time or sundial time was last used until standard time was adopted on various dates in the several countries. Each town or city kept its own meridian. This led to a situation where locations one degree of longitude apart had times four minutes apart. [2] This became a problem in the mid 19th century when railways needed clocks that were synchronized between stations, at the same time as people needed to match their clock (or the church clock) to the time tables. Standard time means that the same time is used throughout some region—usually, it was either offset from Greenwich Mean Time or was the local mean time of the capital of the region. The difference between local mean time and local apparent time is the equation of time.

A time standard is a specification for measuring time: either the rate at which time passes; or points in time; or both. In modern times, several time specifications have been officially recognized as standards, where formerly they were matters of custom and practice. An example of a kind of time standard can be a time scale, specifying a method for measuring divisions of time. A standard for civil time can specify both time intervals and time-of-day. 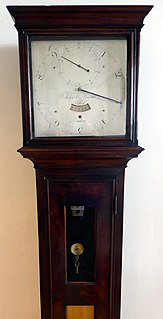 Sidereal time is a timekeeping system that astronomers use to locate celestial objects. Using sidereal time, it is possible to easily point a telescope to the proper coordinates in the night sky. Briefly, sidereal time is a "time scale that is based on Earth's rate of rotation measured relative to the fixed stars". 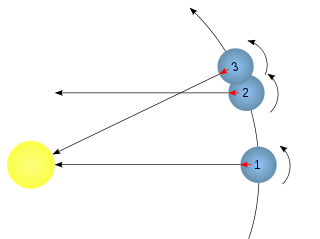 The International Meridian Conference was a conference held in October 1884 in Washington, D.C., in the United States, to determine a prime meridian for international use. The conference was held at the request of U.S. President Chester A. Arthur. The subject to discuss was the choice of "a meridian to be employed as a common zero of longitude and standard of time reckoning throughout the world". It resulted in the recommendation of the Greenwich Meridian as the international standard for zero degrees longitude. 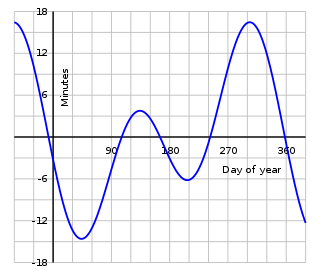 Standard time is the synchronization of clocks within a geographical area or region to a single time standard, rather than using solar time or a locally chosen meridian (longitude) to establish a local mean time standard. Generally, standard time agrees with the local mean time at some meridian that passes through the region, often near the center of the region. Historically, the concept was established during the 19th century to aid weather forecasting and train travel. Applied globally in the 20th century, the geographical areas became extended around evenly spaced meridians into time zones which (usually) centered on them. The standard time set in each time zone has come to be defined in terms of offsets from Universal Time. In regions where daylight saving time is used, that time is defined by another offset, from the standard time in its applicable time zones.

Various schemes have been used or proposed for timekeeping on the planet Mars independently of Earth time and calendars.

In Norway the standard time is the Central European Time (UTC+01:00). Norway observes Summer Time. The transition dates are the same as for other European countries.

A seconds pendulum is a pendulum whose period is precisely two seconds; one second for a swing in one direction and one second for the return swing, a frequency of 1/2 Hz.

Nautical time refers to the systems used by ships on high seas to express their local time. Nautical time keeping dates back to the early 20th century as a standard way to keep time at sea, although it largely only applied to military fleets pre-World War 2. This time-keeping method is only used for radio communications and to account for slight inaccuracies that using Greenwich Standard Time (GST) may lead to during navigation of the high seas. Nautical time zones are split into one hour intervals for every 15 degree change in a ship's longitudinal coordinate. This is typically only used for trans-oceanic travel, as captains will often not change the timekeeping for short distances such as channels or inland seas.