Love, Honour and Obey is a 2000 mock gangster film starring several members of the Primrose Hill set. It was jointly written and directed by Dominic Anciano and Ray Burdis (who also appear in the film) as a follow-up to their 1998 film Final Cut . As with Final Cut, most of the characters have the same name as the actors who play them. The film also features a cameo appearance from former East London boxer turned comedian, Ricky Grover.

Jonny (Jonny Lee Miller) is working as a courier and becoming increasingly dissatisfied with his life. He asks long-running school friend Jude (Jude Law) to help him into the North London criminal gang run by his uncle Ray (Ray Winstone). As Jonny gets more involved in the image of the criminal world, he starts making mistakes and through a mutual dislike for rival gangster Matthew (Rhys Ifans) inadvertently starts a war with the South London mob, headed up by Sean (Sean Pertwee). 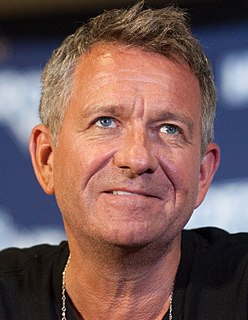 Sean Carl Roland Pertwee is a British actor, narrator and producer with an extensive career since the 1980s in television and cinema productions. 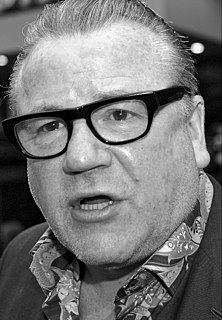 Raymond Andrew Winstone is an English television, stage and film actor with a career spanning five decades. Having worked with many prominent directors, including Martin Scorsese and Steven Spielberg, and starring alongside the likes of John Malkovich, Kate Hudson and Colin Farrell, Winstone is perhaps best known for his "hard man" roles. The first of these was the character Carlin in Scum, the 1979 film remake of a BBC television play in which Winstone had originated the role, and which was not broadcast due to its violent nature. The same year he played an ex-army soldier, Kevin, in the cult classic Quadrophenia. In the 'eighties he rose to prominence starring as Will Scarlet in the successful television series Robin of Sherwood. Winstone has since established himself as a Hollywood A-lister, and also branched out into film production.

Operation Good Guys is a British mockumentary series about an elite police unit's bid to snare one of Britain's most powerful crime lords. It was first screened on BBC Two from 29 December 1997 to 31 August 2000. It witnesses, on camera, the total breakdown, professionally and personally, of the Operation Good Guys team. Throughout the operation, The 'Good Guys' have an unfortunate habit of embroiling into their calamitous world some of the country's best-known celebrities, from actors and footballers, to TV presenters and even the odd ex-convict.

Rhys Ifans is a Welsh actor, producer and musician. He is known for his portrayal of characters such as Spike in Notting Hill, Jed Parry in Enduring Love, Eyeball Paul in Kevin & Perry Go Large and Dr. Curt Connors / The Lizard in The Amazing Spider-Man. Ifans also appeared as Xenophilius Lovegood in Harry Potter and the Deathly Hallows – Part 1.

The Primrose Hill set is a name applied to a group of celebrities in the 1990s, who were based in Primrose Hill, near Camden Town in North London, and had, in the words of Andrew Johnson writing in The Independent in 2010, a reputation for "having a whale of a time with drink, drugs and bed-hopping". 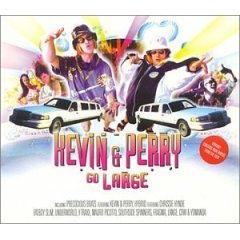 Kevin & Perry Go Large is a 2000 British teen coming of age sex comedy film based on the Harry Enfield sketch Kevin the Teenager. The film was written by Dave Cummings and Harry Enfield and directed by Ed Bye. Enfield, Kathy Burke and Louisa Rix all return to their roles after previously appearing on Harry Enfield & Chums. James Fleet replaced Stephen Moore as Kevin's father. Although the film received mixed reviews upon release, it has since gained a cult following primarily due to its soundtrack.

18 Stone of Idiot is a British television programme broadcast on Channel 4 in 2005 designed as a vehicle for Johnny Vegas and produced by Chris Evans.

Tube Tales is a collection of nine short films based on the true-life experiences of London Underground passengers as submitted to Time Out magazine. The stories were scripted and filmed independently of each other. Filming took place on the London Underground network in 1999 by nine directors including Stephen Hopkins, Charles McDougall and Bob Hoskins, with directorial debuts by Ewan McGregor and Jude Law. The film was produced by Richard Jobson and is also Simon Pegg's film debut, in a small role.

Final Cut is a film released in 1998, jointly written and directed by Dominic Anciano and Ray Burdis. This film features several of the actors / actresses from the Primrose Hill set. It was nominated for the Golden Hitchcock at the 1999 Dinard Festival of British Cinema. All the characters in this film share their forename with the actors / actresses who play them, a gimmick used in the directors' later film Love, Honour and Obey (2000). 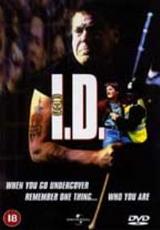 I.D. is a 1995 British-German film made by BBC Films about football hooliganism, directed by Philip Davis, written by Vincent O'Connell, and starring Reece Dinsdale, Sean Pertwee and Warren Clarke. It is set in 1988 in the London area of Shadwell, England and is a story about a group of Metropolitan Police officers who are sent undercover to infiltrate a gang of dangerous football hooligans.

Trevor Laird is an English actor. 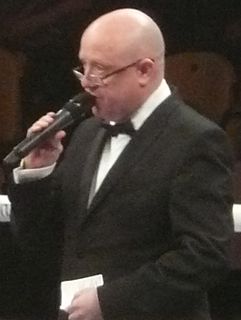 Mark Burdis is an English actor who started his career at the age of six in 1974 in the Plague of London (LWT). He currently works as a boxing ring announcer, and is a co-owner of Roma Security Ltd.

"Avenues and Alleyways" is a 1973 single recorded by Tony Christie as the theme song for the television series The Protectors. It was written and produced by Mitch Murray and Peter Callander, who were also responsible for Christie's "Las Vegas" and "I Did What I Did for Maria". Following the chart-topping success of the re-release of "(Is This the Way to) Amarillo" in 2005, this song was also re-released and peaked at No. 26 on the UK Singles Chart. On its original release, it had only reached No. 37. It is included in the soundtrack of the 2000 film Love, Honour and Obey, starring Ray Winstone and Jude Law.

Edward VI of England has been depicted in popular culture a number of times.

Kevin Loader is a British film and television producer. Since 1996, he and co-owner Roger Michell have run a London-based production company, Free Range Films, through which the pair have made several feature films directed by Michell, including The Mother, Enduring Love, Venus, Hyde Park on Hudson, and Le Week-end. Their most recent film is an adaptation by Michell of Daphne Du Maurier's My Cousin Rachel. The company is also developing and producing film and television projects with other directors. Loader was awarded the Bafta for Best Television Serial in 2015 for The Lost Honour of Christopher Jefferies. 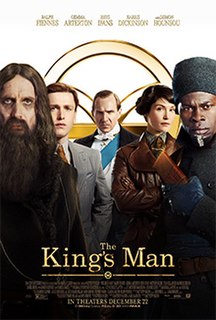 The King's Man is an upcoming period action spy film directed by Matthew Vaughn from a screenplay by Vaughn and Karl Gajdusek and a story by Vaughn. The third instalment in the Kingsman film series, which is based on the comic book The Secret Service by Mark Millar and Dave Gibbons, the film serves as a prequel to 2014's Kingsman: The Secret Service and 2017's Kingsman: The Golden Circle.