Marco van den Berg (born 4 June 1965) is a Dutch retired basketball player and current coach of Gladiators Trier. [1] Born in Veenendaal, van den Berg played for Donar and Red Giants, both of the Eredivisie, in his career. In 1990, he started his coaching career.

In 2015, Van den Berg was appointed as head coach of Gladiators Trier in Germany. He coached there for three seasons before leaving to coach the Orange Lions Academy program. [2] In April 2020, he signed again with the Gladiators until 2023. [3] 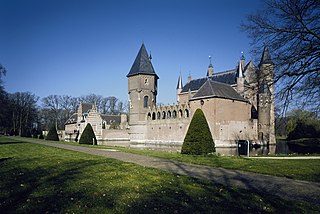 Bernheze is a municipality in the southern Netherlands. It was formed in 1994 from the former municipalities of Heesch, Heeswijk-Dinther and Nistelrode.

Lodewijk van den Berg is a Dutch American chemical engineer, specializing in crystal growth, who flew on a 1985 Space Shuttle Challenger mission as a Payload Specialist.

Van den Berg is a Dutch-language toponymic surname meaning "of/from the mountain/slope". With 58,562 people carrying the name, it was the fourth most common surname in The Netherlands in 2007. Variants are Van de Berg, Van der Berg, Van den Berge. Van den Bergh, Van den Berghe and Van den Berghen. Anglicised forms are generally agglutinated and variably capitalized, e.g. "Vandenberg". The abbreviated form is "v.d. Berg". People with the surname include:

Udo Kier is a German actor and voice actor. Known primarily as a character actor, Kier has appeared in over 200 films in both leading and supporting roles throughout Europe and North America. He has collaborated with acclaimed filmmakers like Lars von Trier, Gus van Sant, Werner Herzog, Walerian Borowczyk, Kleber Mendonça Filho, Dario Argento, Charles Matton, and Paul Morrissey.

The Netherlands women's national water polo team is the national team of the Kingdom of the Netherlands. It was one of the leading teams in the world during the 1980s and 1990s. More recently they claimed the gold medal at the 2008 Beijing Olympics. The team is governed by the Koninklijke Nederlandse Zwembond (KNZB). 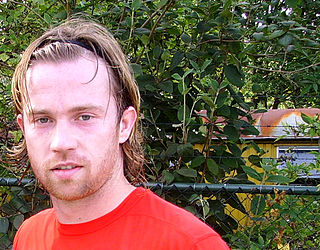 Gregoor van Dijk is a Dutch retired footballer who played as a midfielder. 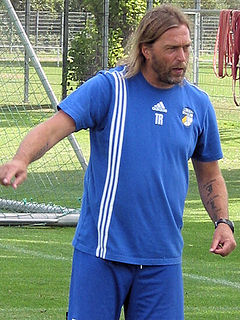 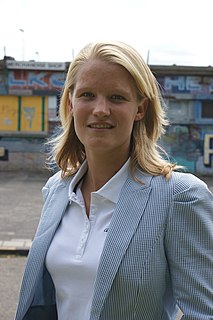 Mandy van den Berg is a Dutch football defender who plays for Primera División club Valencia and the Netherlands national team. She formerly played club football in the Eredivisie Vrouwen for ADO Den Haag, for Vittsjö GIK of the Swedish Damallsvenskan and for LSK Kvinner FK of the Norwegian Toppserien. 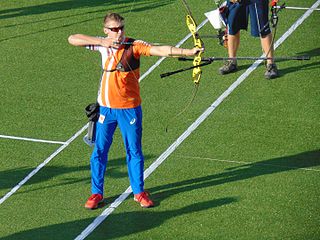 Sjef van den Berg is a Dutch competitive archer. He has won a total of two medals at the 2015 European Games, and eventually finished fourth in the men's individual archery at the 2016 Summer Olympics. Van der Berg currently trains at HBV Ontspanning in Sint-Oedenrode, under the tutelage of his coach Ron van der Hoff, a former Olympian at the Athens 2004 edition. 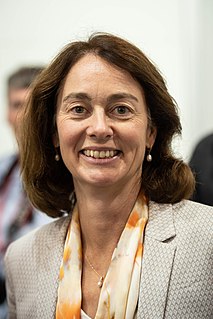 Roy van den Berg is a Dutch track cyclist, who currently rides for UCI Track Team BEAT Cycling Club. He competed at the UCI Track Cycling World Championships in 2010, 2011, 2012, 2019 and 2020. He won the silver medal at the 2016 UEC European Track Championships in the sprint.

Jack B. van den Berg is a Dutch football manager and a former footballer. While coaching ASWH, he won the 2005 national amateur championship and the 2006 Rinus Michels Award for managers in nonprofessional leagues. During a long stint at BVV Barendrecht Van den Berg became a full-time coach. In 2015–2016 he coached the first squads of two small town rivals, promoting both ASWH to the Saturday Derde Divisie and IFC to the Sunday Hoofdklasse. From February until October 2018 he coached VV Katwijk, winning a Tweede Divisie championship. 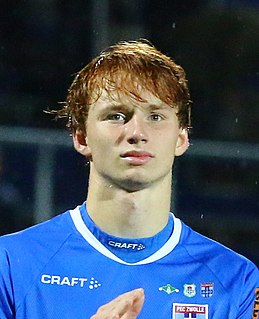 Jan Zoutman is a Dutch football coach with a UEFA PRO license. He is the coach of VV Katwijk in the Tweede Divisie and also teaches coaching at the KNVB. 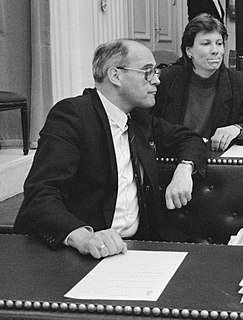 Jacobus Teunis "Koos" van den Berg was a Dutch politician of the Reformed Political Party (SGP). Born in The Hague, he served as a member of the House of Representatives from 1986 to 2002.