Griffel graduated from High School of Music & Art in 1961. She earned a B.A. from Barnard College in 1965, M.A. in European and American History from Boston University in 1966, and a Ph.D. in musicology from Columbia University in 1975. [1] She has served as the senior editor at Columbia University's Office of Publications and has done editorial work for various publishers. Her January 2018 revised edition of Operas in German: A Dictionary contains more than 4,500 entries [2] and her December 2012 revised edition of Operas in English: A Dictionary contains 4,400. [3] This dictionary received the "Booklist Editor's Choice Award" in 2013 and the "Library Journal Best Reference" in 2012. [4]

Schlafes Bruder is a novel by Austrian writer Robert Schneider, first published in German in 1992. It was an international success and was adapted into a feature film and an opera, among others.

Adolf Jensen was a German pianist, composer and music teacher, and was the brother of Gustav Jensen (1843–1895) who was a violinist and composer.

Gary Carpenter is a British composer, of concert music and film scores, and also operas and musicals. He is a Visiting Professor at the Royal Academy of Music and the Royal Northern College of Music. He was Associate Music Director for the film The Wicker Man, putting together the ensemble Magnet for the occasion.

The Capitoline Venus is a chamber opera in one act composed by Ulysses Kay to a libretto by Judith Dvorkin based on Mark Twain's 1869 satirical short story "The Legend of the Capitoline Venus". It premiered on 12 March 1971 at the Krannert Center for the Performing Arts in Urbana, Illinois performed by the University of Illinois Opera Group.

The Boor is an opera in one act composed by Ulysses Kay to a libretto based on Anton Chekhov's comic play, The Bear. Kay wrote the libretto himself basing it on an English translation of the play by the composer Vladimir Ussachevsky. The opera was commissioned by the Koussevitsky Foundation of the Library of Congress and is dedicated to the memory of Natalie and Serge Koussevitzky. It premiered on 2 April 1968 in concert version at the University of Kentucky in Lexington, Kentucky.

Romulus is a 2007 comic opera in one act by Louis Karchin based on an 1854 play by Alexandre Dumas, père; the libretto is by Barnett Shaw, based upon his own translation of the play.

Ernst Catenhusen was a German conductor and composer, also active in the United States.

Bruder Straubinger is an operetta in three acts composed by Edmund Eysler to a German-language libretto by Moritz West and Ignaz Schnitzer. It premiered at the Theater an der Wien in Vienna on 20 February 1903 with Alexander Girardi in the title role. 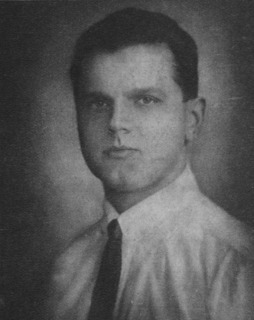 Alfred Jerger was an Austrian operatic bass-baritone, who began his career as a conductor of operettas, and was also an interim director of the Vienna State Opera and a professor of the Vienna Music Academy. He appeared at the Salzburg Festival from 1922 to 1959, and created the leading role of Mandryka in Arabella by Richard Strauss, among others.

Marlise Wendels was a German operatic soprano closely associated with the Oper Frankfurt.

Ein Landarzt is a one-act chamber opera composed by Hans Werner Henze. The libretto was written by Henze and is closely based on Kafka's 1917 short story "Ein Landarzt". The work was originally composed as a radio opera and was premiered on 19 November 1951 in a broadcast by Nordwestdeutscher Rundfunk. Henze subsequently revised the work in 1964 both as a monodrama for baritone and chamber orchestra and as a one-act staged opera. The stage version was premiered by the Oper Frankfurt on 30 November 1965.

Christoph Klimke is a German writer. His work spans multiple genres—novels, plays, librettos for operas and ballets, poetry, and essays on film and literature. He has written several works on the Italian director and writer Pier Paolo Pasolini, including Wir sind alle in Gefahr, for which Klimke won the 1995 Ernst Barlach Prize. His novella Der Test oder: Chronik einer veruntreuten Seele was one of the key works in German AIDS literature of the 1990s.

Herbert Schachtschneider was a German operatic tenor and voice teacher.

Stephen Climax is an opera in three acts by Hans Zender, who wrote his own libretto based on James Joyce and Hugo Ball. It was premiered on 15 June 1986 at the Oper Frankfurt, staged by Alfred Kirchner and conducted by Peter Hirsch. The opera was published by Breitkopf & Härtel. A 1990 production at La Monnaie in Brussels was recorded.

Barbara Zechmeister is a German operatic soprano and voice teacher. A member of the Oper Frankfurt from 1996, she has appeared in major European opera houses and international festivals. She has performed in world premieres, and in recitals and recordings. Zechmeister has been a voice teacher at Dr. Hoch's Konservatorium since 2005. 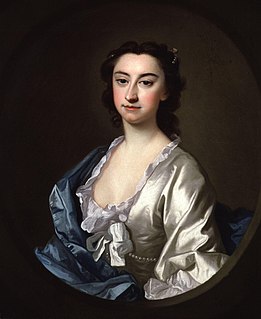 Rosamond is an opera by Thomas Arne with a libretto by Joseph Addison. It was first performed at the Lincoln's Inn Fields Theatre in London on 1 March 1733.

Die Opernprobe, also titled Die vornehmen Dilettanten, is a comic opera (Spieloper) in one act by Albert Lortzing, to a libretto which he adapted from a play by Johann Friedrich Jünger. The premiere was on 20 January 1851 at the Oper Frankfurt.