Mary Rowell is an American violinist based in New York City. In 1998 Rowell co-founded the string quartet ETHEL. She retired from the group in 2011 but continues to be very active in the downtown New York music community, where she is known as an electric violin soloist. She is a frequent participant in the Tribeca New Music Festival. [1] [2]

Prior to ETHEL, Rowell was a member of the indie band The Silos and the Grammy Award-winning Tango Project. [3] [4] Rowell's best known solo work is her performance of Maxwell’s Demon by Richard Einhorn . [5]

She is a graduate of the Juilliard School.

Ukraine has formal relations with many nations and in recent decades has been establishing diplomatic relations with an expanding circle of nations. The foreign relations of Ukraine are guided by a number of key priorities outlined in the foreign policy of Ukraine.

Mark Ryden is an American painter who is considered to be part of the Lowbrow art movement. He was dubbed "the god-father of pop surrealism" by Interview Magazine. Artnet named Ryden and his wife, the painter Marion Peck, the King and Queen of Pop Surrealism and one of the ten most important art couples in Los Angeles.

Triple Crown Records is a New York-based rock music record label created in 1997 by Fred Feldman. The label features such artists as The Receiving End of Sirens and The Dear Hunter, and launched the career of Brand New in 2001. It is a part of the Eastwest family of record labels, a subsidiary of Warner Music Group, and is distributed by the Alternative Distribution Alliance.

Berghain is a nightclub in Berlin, Germany. It is named after its location near the border between Kreuzberg and Friedrichshain in Berlin, and is a short walk from Berlin Ostbahnhof main line railway station. Founded in 2004 by friends Norbert Thormann and Michael Teufele, it has since become one of the world's most famous clubs, and is sometimes called the "world capital of Techno."

Daniel Kellogg is an American composer. Kellogg is Assistant Professor of Music at the College of Music of the University of Colorado at Boulder, teaching music composition, counterpoint and orchestration.

Magdalena Lewy-Boulet, commonly known as either Magdalena or Magda Boulet, is an American runner from Oakland, California. Born in Jastrzębie-Zdrój, Poland, Lewy-Boulet became a U.S. citizen on September 11, 2001.

Dog Days is an opera by David T. Little, to a libretto by Royce Vavrek after the short story by Judy Budnitz. 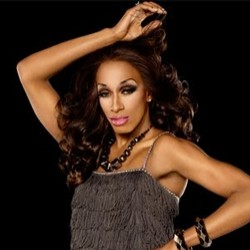 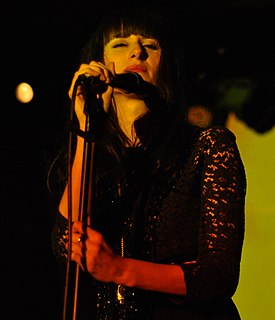 Tamaryn Brown is a New Zealand songwriter and singer based in Los Angeles. Since 2008, Tamaryn has released four studio albums, an EP and several singles. Her multifaceted style melds various genres such as dream pop, shoegaze, post-punk, gothic rock, synth-pop and electronic. 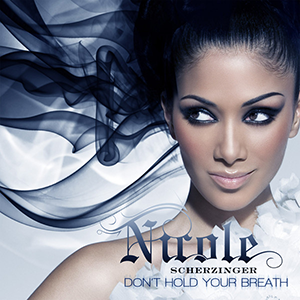 "Don't Hold Your Breath" is a song recorded by American singer Nicole Scherzinger for her debut studio album, Killer Love (2011). It was written by Josh Alexander, Billy Steinberg and Toby Gad and produced by the former two along with Carl Falk, Steve Angello and Rami. The song was released on February 16, 2011, as the album's second single in the United Kingdom. "Don't Hold Your Breath" received positive reviews, with critics preferring it over singles by The Pussycat Dolls, as well as praising the empowering message and theme. The pop and R&B production was also praised. 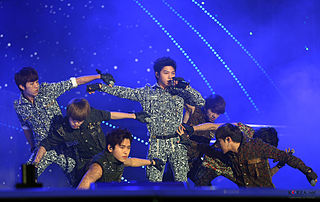 Infinite is a South Korean boy band formed in 2010 by Woollim Entertainment. The group is composed of six members: Sungkyu, Dongwoo, Woohyun, Sungyeol, L, and Sungjong. Originally a seven-piece group, Hoya departed from the group in August 2017. Infinite debuted in 2010 with their EP First Invasion. Their first full album, Over the Top, was released in July 2011. Their EP New Challenge, released in March 2013, sold over 160,000 copies in South Korea alone and was one of the best-selling albums of 2013. Their second full album, Season 2, was released in May 2014.

The Rutgers University Debate Union (RUDU) is Rutgers University's intercollegiate debate team. Re-founded in 2001, the Union's roots extend back to the 18th century literary societies that existed at Rutgers. There have also been the tradition of King's-Queen's Debates with Columbia University when Rutgers was known under its founding name of Queen's College.

Yotam Haber is a composer based in Kansas City. He is a 2005 Guggenheim fellow and a 2007 Rome Prize winner in Music Composition.