Matthew Ward (born February 15, 1958) is one of the pioneers of the Jesus music genre, later to be called contemporary Christian music. He is best known as a member of the trio 2nd Chapter of Acts, in which he sang and performed with his sisters Annie Herring and Nellie (Ward) Greisen. During his musical career with the 2nd Chapter of Acts from 1973 to 1988, he also recorded solo albums.

Matthew's music and ministry was in no small part forged from personal family tragedy. In 1968 his mother, Elizabeth Ward, died of a brain tumor; two years later his father, Walter, died of leukemia leaving him and his sister, Nellie orphaned. The Ward siblings all decided that Matthew's older sister, Annie, and her new husband record producer Buck Herring should take in the two younger Ward siblings.

Matthew's older sister, Annie was a self-styled (and self-taught) singer and song writer who wrote and played her songs around the family piano. Matthew and sister, Nelly would often join in as Annie played and eventually they developed extremely tight and intricate harmonies. [1] [2]

As the trio gradually started singing for local coffee houses and small gatherings, they eventually gained the notice of Pat Boone who arranged a contract to record and release two singles with MGM, "Jesus Is" (1972), recorded on Matthew's 13th birthday, and "I'm So Happy" (1973). The fledgling trio also came to the attention of 1960s folk singer Barry McGuire, who had recently become a Christian and was preparing to record his first Christian music album, produced by Buck Herring. The siblings provided background vocals for Seeds and McGuire's 1974 follow-up Lighten Up.

Ward and his sister Nellie were enrolled in the Hollywood Professional School in 1972, and he attended that school for two years. [3]

Following his career with the 2nd Chapter of Acts, Matthew Ward has recorded many more solo works and also works in the music industry as a background & jingle vocalist. He has worked with other such artists as Leslie Phillips, Donna Summer, LeAnn Rimes, Randy Stonehill, Sandi Patti, Dennis Jernigan, Jordin Sparks and many others.

The book, My 2nd Chapter: The Matthew Ward Story was released in February 2005. The autobiography includes how Ward battled his own bout with cancer—and won.

Margaret LeAnn Rimes Cibrian is an American singer, songwriter, actress, and author. Rimes rose to stardom at age 13 following the release of her version of the Bill Mack song "Blue", becoming the youngest country music star since Tanya Tucker in 1972.

The 2nd Chapter of Acts was a Jesus music and early contemporary Christian music group composed of sisters Annie Herring and Nelly Greisen and brother Matthew Ward. They began performing in 1973 and enjoyed their period of greatest success during the 1970s. The group disbanded in 1988. 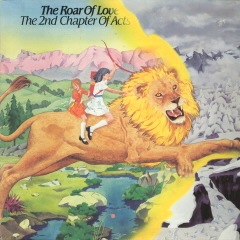 The Roar of Love is a 1980 concept album and fourth studio album by Christian band 2nd Chapter of Acts, that recounts the story of The Lion, the Witch and the Wardrobe, the first published book in The Chronicles of Narnia, a series by C. S. Lewis. According to band member Matthew Ward, all the vocals were cut in a bedroom of the house the trio lived in at the time. They converted their garage into a mixing room, knocked a hole in the bedroom wall and ran a microphone cord into it. The songs have a heavy use of synthesizers. It was reissued on the Live Oak label.

Blue is the debut studio album by American country singer LeAnn Rimes, released in the United States on July 9, 1996 by Curb Records. It reached No. 3 on Billboard 200, and No. 1 on Top Country Albums.

I Need You is the third compilation album from American recording artist LeAnn Rimes. The album was first released on January 30, 2001, through Curb Records to help satisfy Rimes' recording contract obligations during litigation with the label and her management. Rimes publicly disowned the album just days after its release, causing it to be discontinued. The album was then officially released by Rimes on March 26, 2002, with four additional tracks and a new recording: "Light the Fire Within". In 2008, the album was released as a package with Rimes' debut album, Blue (1996).

All That is an independent album by LeAnn Rimes under the label Nor Va Jak. Released exclusively in July 1994, the album did not sell well on the market, but a copy was given to Curb Records owner, Mike Curb, who later signed Rimes to his label and recorded her debut album, Blue (1996). All That contains the original recording of "Blue". Many songs on the album were later released on Rimes' compilation album, Unchained Melody: The Early Years (1997). The album contains covers of Dolly Parton’s “Why Can't We” and “I Will Always Love You”, though the latter is done in the style of Whitney Houston’s R&B cover. The album also has a cover of The Beatles’ “Yesterday” and Patsy Montana’s “I Want to Be a Cowboy's Sweetheart”.

Singer Sower is the studio album by 2nd Chapter of Acts, released in 1983. It was recorded at Easter Song Studio in Garden Valley, Texas. As with all 2nd Chapter of Acts recordings, it was engineered and produced by Buck Herring. 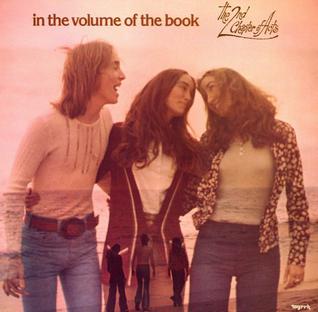 In the Volume of the Book, released in 1975, was the second studio album from the contemporary Christian music group, 2nd Chapter of Acts. The album title is a reference to Psalm 40:7.

Rejoice is an album by contemporary Christian music band 2nd Chapter of Acts released in 1981.

Lenny LeBlanc is an American musician and songwriter. He started his career with Pete Carr in 1975 and later separated ways when both had different plans for their profession. A resident of Alabama, he is known for the song "Falling" and has sung with many artists. Since 1987, LeBlanc works at his own studio in Muscle Shoals, Alabama.

Debby Kerner & Ernie Rettino are American musicians best known as the creators of the characters from the Psalty the Singing Songbook in the Kids' Praise! series of Christian children's musical albums. Together, they have also created Solomon the Supersonic Salamander, and Hi-Tops.

Annie Herring is one of the pioneers of the Jesus music genre, later to be called Contemporary Christian music. She was a member of the trio 2nd Chapter of Acts, for which she wrote most of the songs and sang lead and harmony vocals with her brother Matthew Ward and sister Nelly (Ward) Greisen. During her musical career with the 2nd Chapter of Acts from 1973 to 1988, she also recorded solo albums. 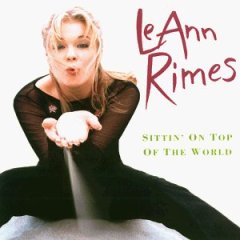 Sittin' on Top of the World is the third studio album by American country singer LeAnn Rimes, released in the United States on May 5, 1998, by Curb Records. The album has been certified Platinum. It contains cover versions of "Insensitive" by Jann Arden, "Sittin' on Top of the World" by Amanda Marshall, "Purple Rain" by Prince, and "Rock Me " by Deborah Allen. The album also includes two singles which were released to country radio: "Commitment" and "Nothin' New Under the Moon". 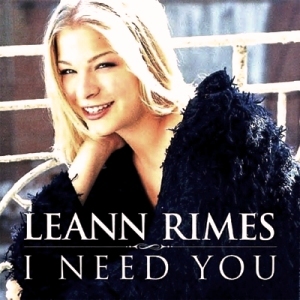 "I Need You" is a song written by Dennis Matkosky and Ty Lacy. Performed by American country pop artist LeAnn Rimes, it was released on July 25, 2000, as a single from Jesus: Music From and Inspired by the Epic Mini-Series. The song spent 25 weeks on the US Billboard Hot 100 and peaked at number 11, and it was also successful outside the US, reaching the top 20 in Canada, Denmark, Finland, Ireland, Spain, Sweden, and the United Kingdom. A music video was released in 2000.

Hymns is the 1986 studio album by 2nd Chapter of Acts.

Night Light is the title of a 1985 studio album by 2nd Chapter of Acts. 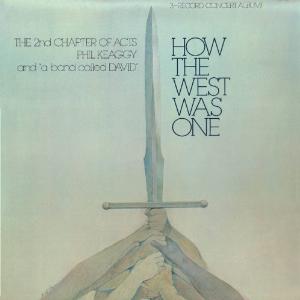 How the West Was One, released in 1977, is a three-LP live album featuring 2nd Chapter of Acts, Phil Keaggy and a band called David. The album was a collection of songs recorded in a series of 18 concerts held throughout the western United States in 1977. It was also 2nd Chapter of Acts' final release for Myrrh Records. 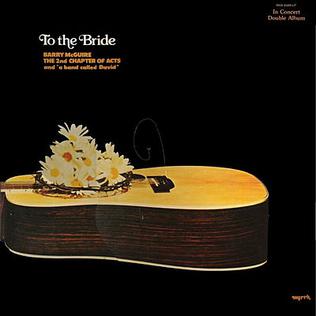 To the Bride, released in 1975, is a two-LP live album featuring Barry McGuire, 2nd Chapter of Acts, and a band called David. The album was culled from four concerts performed in the summer of 1975 and is the first of two live albums that 2nd Chapter of Acts recorded for Myrrh Records, although the majority of the concert is performed by McGuire. The album was re-released on two CDs in 2007 with one song excluded.

First Love: A Historic Gathering of Jesus Music Pioneers is a 2004 concert film and documentary that looks back into the Jesus Music of the 1970s. In 1997, a group of Jesus Music pioneers gathered in southern California for three days of music and fellowship. The event was both recorded and filmed, and was released in a 2-CD/2-DVD set simply titled First Love: A Historic Gathering of Jesus Music Pioneers. It was compiled and edited by the spouses of two of the artists who appear in the documentary: Dan Collins and Steve Greisen produced the project. The CD contains each of the 31 songs that were performed during the gathering, and the DVDs shows the live performances of the songs, interviews with the individual performers and groups, interviews with others who were involved in the roots of Jesus Music, and rare pictures and footage of the artists from the 1970s. Other artists who were interviewed for the documentary include pastor Chuck Smith, Pat Boone, Phil Keaggy, and Michael Omartian, among others.