Maxime Biset (born 26 March 1986) is a Belgian football midfielder who currently plays for K.V.C. Westerlo in the Belgian First Division B. [1]

Brasserie à vapeur is a Belgian vapor brewery based in Pipaix. The original brewery was opened in 1785. The brewery was reopened in 1984 by a Jean-Louis Dits and his wife, Sittelle. They brew the following beers :

Maxime is a French given name that may refer to:

The Mechelen transit camp, officially SS-Sammellager Mecheln in German, was a detention and deportation camp established in a former army barracks at Mechelen in German-occupied Belgium. It was managed by the Sicherheitspolizei (SiPo-SD), a branch of the SS-Reichssicherheitshauptamt, in order to collect and deport Jews and Romani mainly out of Belgium towards the labor camp of Heydebreck-Cosel and the concentration camps of Auschwitz-Birkenau in German occupied Poland. 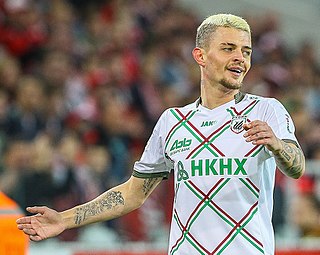 Maxime Lestienne (French pronunciation: ​[maksim lɛstjɛn], is a Belgian professional footballer who plays as a winger for Standard Liège. 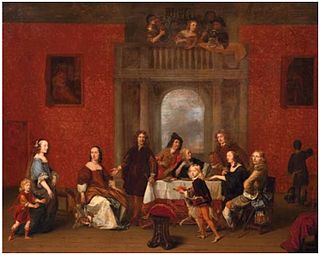 Charles Emmanuel Biset or Karel Emmanuel Biset was a Flemish painter who had a peripatetic career working in various cities and countries including his hometown Mechelen, Paris, Annonay, Brussels, Antwerp and Breda. He worked in many genres including genre scenes of interiors with merry companies and gallery paintings, history painting, still life and portraiture. 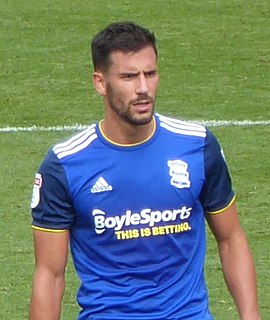 Maxime Jean-Yves Colin is a French professional footballer who plays as a full back for English Championship club Birmingham City. He previously played for Boulogne, Troyes, Anderlecht and Brentford. He won seven caps for France at under-20 level.

Maxime Martin is a Belgian professional racing driver and son of four-time Spa 24 Hours winner Jean-Michel Martin. He competes in the FIA World Endurance Championship with Aston Martin Racing. Martin had been a BMW factory driver since 2013, racing full-time in the American Le Mans Series for BMW Team RLL that season, as well as acting as BMW's DTM test and reserve driver. In late 2013 at BMW Motorsport's yearly review, Martin was confirmed as a full-time BMW DTM driver for the 2014 season. 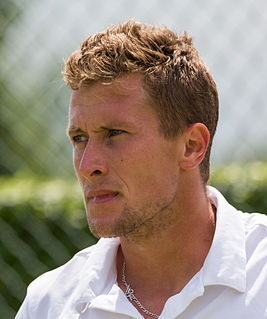 Maxime Authom is a Belgian tennis player playing on the ATP Challenger Tour.

Maxime Luycx is a Belgian field hockey player. At the 2008 and 2012 Summer Olympics, he competed for the national team in the men's tournament. He played as a midfielder for Belgian hockey club Waterloo Ducks.

Maxime Alexandre is a Belgian cinematographer, with a career focused mostly on horror movies.

Maxime De Zeeuw is a Belgian professional basketball player for Monbus Obradoiro of the Liga ACB. De Zeeuw usually plays at the power forward position. He has also been a member of the Belgian national basketball team, whom he played with at the European championships of 2011 and 2013.

Maxime Gunst is a Belgian professional footballer who plays as a left back for MVV Maastricht in the Dutch Eerste Divisie. He formerly played for Club Brugge, Eendracht Aalst and FC Eindhoven.

The 2015 Ethias Trophy was a professional tennis tournament played on hard courts. It was the eleventh edition of the tournament which was part of the 2015 ATP Challenger Tour. It took place in Mons, Belgium between 5 October and 11 October 2015.

The 2016 Ethias Trophy was a professional tennis tournament played on hard courts. It was the twelfth edition of the tournament which was part of the 2016 ATP Challenger Tour. It took place in Mons, Belgium between 3 October and 9 October 2016.

Maxime Moreels is a Belgian badminton player. He won the men's doubles title at the 2012 National Championships, and also the runner-up in the singles event from 2011-2017. In 2016, he won his first international title at the Zambia International tournament. He educated at the Haute Ecole Libre Mosane, and competed at the 2013 Summer Universiade in Kazan Russia.

Manasser Biset was an Anglo-Norman nobleman and royal official during the reign of King Henry II of England.

The 2019–20 season of the Belgian First Division B is scheduled to begin in August 2019 and end in April 2020. It will be the fourth season in its current format.

Maxime Busi is a Belgian footballer who plays for Charleroi.