Monkeewrench (released later in the United Kingdom as Want to Play?), is the first novel by author team P. J. Tracy. It revolves around the search for a copycat killer, who is recreating murders found in a new computer game. It also seems that the killer is linked to the computer programmers who made the game.

This book was featured on the UK Richard & Judy show in 2005.

Kirkus Reviews called it a "preposterous, entertaining nailbiter." [1] Publishers Weekly wrote it had "an accelerating, unpredictable plot that combines police procedural with techno-geek-speak, an array of well-drawn characters and, most importantly, witty repartee." [2] Entertainment Weekly praised it: "From the well-drawn, intelligent characters to the perfect pacing, Monkeewrench is that rare mystery that stays ahead of the reader." [3] 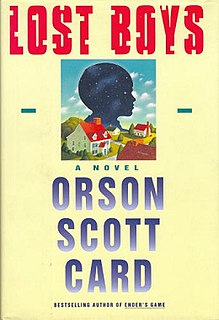 Lost Boys (1992) is a horror novel by American author Orson Scott Card. The premise of the novel revolves around the daily lives of a Mormon family, and the challenges they face after a move to North Carolina. The story primarily follows the family's troubles at work, church, and the oldest child Stevie's difficulty fitting in at school, which lead to him becoming increasingly withdrawn.

Redwall is a series of children's fantasy novels by British writer Brian Jacques, published from 1986 to 2011. It is also the title of the first book of the series, published in 1986, as well as the name of the Abbey featured in the book, and is the name of an animated TV series based on three of the novels, which first aired in 1999. The books are primarily aimed at older children. There have been 22 novels and two picture books published. The twenty-second, and final, novel, The Rogue Crew, was posthumously released on May 3, 2011, almost three months after Jacques' death on February 5.

William Wallace Johnstone was an American author most known for his western, horror and survivalist novels.

Live Bait is the second book by author P. J. Tracy. It follows on from her first book, Monkeewrench and has the same principal characters. This book starts with the death of an elderly man, which at closer inspection looks like an execution.

Chris Petit is an English novelist and filmmaker. During the 1970s he was Film Editor for Time Out and wrote in Melody Maker. His first film was cult British road movie Radio On, while his 1982 film An Unsuitable Job for a Woman was entered into the 32nd Berlin International Film Festival. His films often have a strong element of psychogeography, and he has worked frequently with the writer Iain Sinclair. He has also written a number of crime novels, including Robinson (1993).

Dead Run is the third book by mother and daughter authors P. J. Tracy. It follows on from their first and second books, Monkeewrench and Live Bait and has the same principal characters. 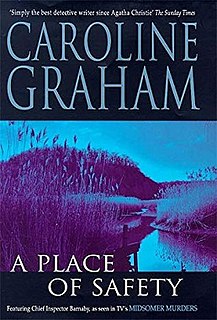 A Place of Safety is a crime novel written by English writer Caroline Graham and first published by Headline in 1999. The story follows Chief Inspector Tom Barnaby investigating the murder of a man in a village. It is the sixth volume in Graham's Chief Inspector Barnaby series, preceded by Faithful unto Death and followed by A Ghost in the Machine.

The Littlest Hitler is a 2006 collection of short stories by Ryan Boudinot.

Devil's Gate is an adventure novel in author Clive Cussler's The NUMA Files. Co-written with Graham Brown, this installment is the ninth of that series which features the main character Kurt Austin. The story follows employees of NUMA who discover someone is developing a directed-energy weapon and thwart the dictator of Sierre Leone, Djemma Garand, and the mercenary group led by Andras the Knife before they are able to use the weapon. The hardcover edition was released November 14, 2011, it was subsequently released as a paperback, audiobook and ebook. It appeared on several best-seller lists and was describe by reviewers as being suitable for fans of Cussler and action-adventure stories. 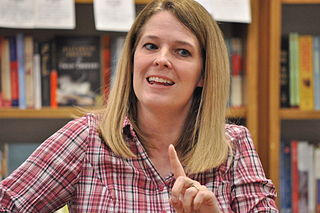 Jennifer Anne Nielsen is an American author known primarily for young adult fiction. Her works include the Ascendance Trilogy, Behind Enemy Lines, The Mark of the Thief, A Night Divided, and the Underworld Chronicles. 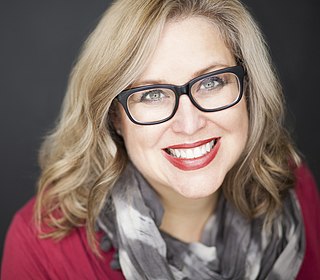 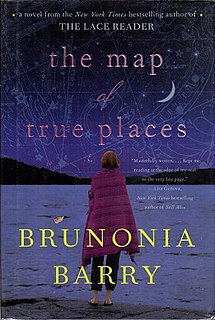 The Map of True Places is a 2010 novel by Brunonia Barry. It is about a psychotherapist, Zee Finch, who returns to her family home in Salem, Massachusetts. 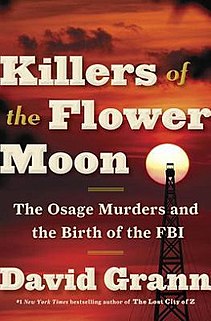 Killers of the Flower Moon: The Osage Murders and the Birth of the FBI is the third non-fiction book by the American journalist David Grann. The book was released on April 18, 2017 by Doubleday. Time magazine listed Killers of the Flower Moon as one of its top ten non-fiction books of 2017. The book is currently planned for production as a film directed by Martin Scorsese and set to star Jesse Plemons and Robert De Niro.

Forever and a Day is a 2018 James Bond novel written by Anthony Horowitz, and commissioned by the estate of Bond's creator, Ian Fleming. It was published on 31 May 2018.

Christina Soontornvat is an American author, educator, and mechanical engineer. She won two Newbery Honors in 2021 for the children's books A Wish in the Dark and All Thirteen: The Incredible Cave Rescue of the Thai Boys' Soccer Team.

Broad Band: The Untold Story of the Women Who Made the Internet is a nonfiction book by Claire L. Evans published in 2018 by Penguin Putnam Inc.. The magazine Inc. named it one of the ten top business books of 2018.

A Wish in the Dark is a 2020 children's fantasy novel by American author Christina Soontornvat. It is a retelling of the 1862 novel Les Misérables by Victor Hugo, and contains elements inspired by Thai culture. The book received positive reviews from critics and won a Newbery Honor and a Jane Addams Children's Book Award.