The concept of motivating operation deals with the observation that behavior depends not only on the stimuli present in the current situation and the organism's past experience with those stimuli, but also on the organism's recent past history of deprivation, satiation, pain, or other such influences. Such a past history can have two effects: it can change the value of a consequence by making it more or less reinforcing, and/or it can change the probability of behaviors that have produced that consequence. For example, food deprivation changes the value of food, making it more reinforcing, and it also evokes learned behaviors that have obtained food. Likewise, food satiation reduces both the reinforcing effect of food and the probability of food-getting behaviors.

Nine main unconditioned (i.e. not learned) motivating operations, have been identified in humans. Deprivation of food, water, sleep, activity, or oxygen; becoming too warm or too cold; and increase of a painful stimulus all function as establishing operations for related behaviors, and increase the effect of positive or negative reinforcement related to them. Conversely, being satiated with food, water, sleep, activity, oxygen and sex; getting cooler after being too warm or warmer after too cold; and decrease of a painful stimulus all function as abolishing operations for related behavior and reinforcement. [3]

There are also conditioned motivating operations that result from the learning history of the organism. Three kinds of conditioned operations have been identified: a surrogate, reflexive, and transitive. A surrogate MO has the same effect as the MO it was paired with when it was learned; a reflexive MO acts as a reinforcement when it is removed; a transitive MO make something else effective as reinforcement. [3] There is some debate as to whether an organism can be deprived or satiated from conditioned reinforcers.

Shaping is a conditioning paradigm used primarily in the experimental analysis of behavior. The method used is differential reinforcement of successive approximations. It was introduced by B. F. Skinner with pigeons and extended to dogs, dolphins, humans and other species. In shaping, the form of an existing response is gradually changed across successive trials towards a desired target behavior by reinforcing exact segments of behavior. Skinner's explanation of shaping was this:

We first give the bird food when it turns slightly in the direction of the spot from any part of the cage. This increases the frequency of such behavior. We then withhold reinforcement until a slight movement is made toward the spot. This again alters the general distribution of behavior without producing a new unit. We continue by reinforcing positions successively closer to the spot, then by reinforcing only when the head is moved slightly forward, and finally only when the beak actually makes contact with the spot. ... The original probability of the response in its final form is very low; in some cases it may even be zero. In this way we can build complicated operants which would never appear in the repertoire of the organism otherwise. By reinforcing a series of successive approximations, we bring a rare response to a very high probability in a short time. ... The total act of turning toward the spot from any point in the box, walking toward it, raising the head, and striking the spot may seem to be a functionally coherent unit of behavior; but it is constructed by a continual process of differential reinforcement from undifferentiated behavior, just as the sculptor shapes his figure from a lump of clay.

Extinction is a behavioral phenomenon observed in both operantly conditioned and classically conditioned behavior, which manifests itself by fading of non-reinforced conditioned response over time. When operant behavior that has been previously reinforced no longer produces reinforcing consequences the behavior gradually stops occurring. In classical conditioning, when a conditioned stimulus is presented alone, so that it no longer predicts the coming of the unconditioned stimulus, conditioned responding gradually stops. For example, after Pavlov's dog was conditioned to salivate at the sound of a metronome, it eventually stopped salivating to the metronome after the metronome had been sounded repeatedly but no food came. Many anxiety disorders such as post traumatic stress disorder are believed to reflect, at least in part, a failure to extinguish conditioned fear.

In classical conditioning, the delay reduction hypothesis states that certain discriminative stimuli (DS) are more effective signals for conditioned reinforcers (CR) if they signal a decrease in time to a positive reinforcer or an increase in time to an aversive stimulus or punishment. This is often applied in chain link schedules, with the final link being the aversive stimulus or positive (unconditioned) reinforcer. 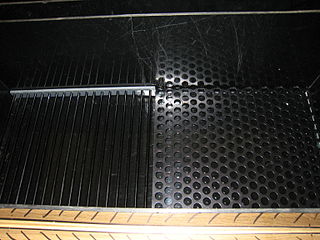 Conditioned place preference (CPP) is a form of Pavlovian conditioning used to measure the motivational effects of objects or experiences. By measuring the amount of time an animal spends in an area that has been associated with a stimulus, researchers can infer the animal's liking for the stimulus. This paradigm can also be used to measure conditioned place aversion with an identical procedure involving aversive stimuli instead. Both procedures usually involve mice or rats as subjects. This procedure can be used to measure extinction and reinstatement of the conditioned stimulus. Certain drugs are used in this paradigm to measure their reinforcing properties. Two different methods are used to choose the compartments to be conditioned, and these are biased vs. unbiased. The biased method allows the animal to explore the apparatus, and the compartment they least prefer is the one that the drug is administered in and the one they most prefer is the one where the vehicle is injected. This method allows the animal to choose the compartment they get the drug and vehicle in. In comparison, the unbiased method does not allow the animal to choose what compartment they get the drug and vehicle in and instead the researcher chooses the compartments.

James “Jim” A. Dinsmoor was an influential experimental psychologist who published work in the field of the experimental analysis of behavior. He was born October 4, 1921, in Woburn, Massachusetts to Daniel and Jean Dinsmoor. He graduated with his bachelor's degree from Dartmouth College in 1943. Subsequently, he attended Columbia University in New York City, where he received his Master's and Ph.D. degrees under the mentorship of William N. Schoenfeld and Fred S. Keller. There, he was introduced to the work of B.F. Skinner, whose behavior analytic research inspired Dinsmoor to pursue a lifetime of research in conditioned responding.

In learning theory, drive reduction theory is a type of motivational theory. Drive Reduction Theory, developed by Clark Hull in 1943, was a major theory for motivation in the Behaviorist tradition. Drive itself was defined as motivation that arose due to a psychological or physiological need; it has a variety of characteristics that include the intensifying or fueling of responses to a situation. As amount of drive is directly proportional to the intensity of the behavior that will result from it. It works as an internal stimulus that motivates the individual to move to sate the drive. Additionally, it has been described as an internal and instinctual process that moves individuals to take actions that would allow them to attain their desired goal or end-state. It can also be understood to be the result of a lack of something physiological, as opposed to psychological needs, which are inherent in humans.