Niall O'Brien (born 1994) is an Irish hurler who plays as a right corner-forward for the Westmeath senior team.

O'Brien made his first appearance for the team during the 2012 championship and immediately became a regular member of the starting fifteen. [1]

At club level O'Brien plays with the Castletown Geoghegan club. 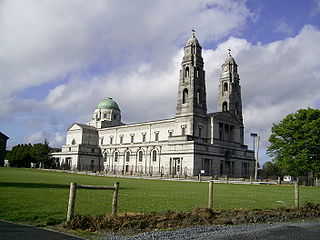 Mullingar is the county town of County Westmeath in Ireland. It is the 3rd most populous town in the Midlands region, with a population of 20,928 in the 2016 census.

Andrew James O'Brien is an Irish former professional footballer who played as a centre back. 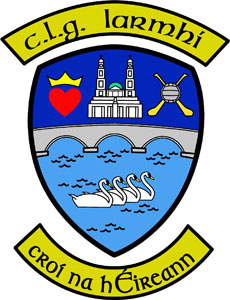 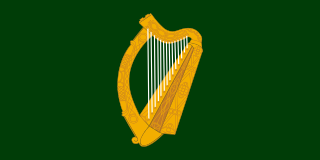 Niall John O'Brien is a former Irish cricketer and a cricket commentator. He is a left-handed batsman and wicket-keeper. Domestically O'Brien began his professional career with Kent in 2004 before joining Northamptonshire at the start of 2007, spending six seasons there before joining Leicestershire for 2013.

Kevin Joseph O'Brien is an Irish cricketer who plays for Ireland, Leinster and Railway Union Cricket Club and has played for several English county cricket clubs. He announced his retirement from 50 over format on 18th June 2021.

Joseph M. Quaid is an Irish hurling manager and former player. He was the manager of the Westmeath senior team in 2019.

John O'Brien is a Gaelic footballer who played for the Round Towers club and at senior level for the Dublin county team. He made his debut in the 2008 O'Byrne Cup against Wicklow.

Dessie Dolan is an Irish former sportsperson. He played Gaelic football for the Garrycastle club and for the Westmeath county team, as well as international rules football for Ireland. He won a Leinster Senior Football Championship medal with Westmeath in 2004 and was given an All Star at the end of the year.

Brendan Murtagh is an Irish hurler. His league and championship career with the Westmeath senior team spanned twenty seasons from 2001 until 2020.

Aiden Anthony O'Brien is a professional footballer who plays as a forward for EFL League One club Sunderland. Born in England, he represents the Republic of Ireland national team internationally.

Paudie O'Neill is an Irish former hurler and Gaelic footballer who played for the Tipperary and Dublin senior teams.

Conor O'Brien is an Irish rugby union player who plays for Leinster Rugby.

Huw Lawlor is an Irish hurler who plays for Kilkenny Senior Championship club O'Loughlin Gaels and at inter-county level with the Kilkenny senior hurling team. He usually lines out as a full-back.

Michael Carey is an Irish hurler who plays for Kilkenny Senior Championship club Young Irelands and at inter-county level with the Kilkenny senior hurling team. He usually lines out as a left corner-back. 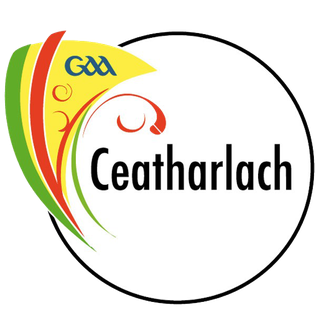 The Westmeath county hurling team represents Westmeath in hurling and is governed by Westmeath GAA, the county board of the Gaelic Athletic Association. The team competes in the Joe McDonagh Cup and the National Hurling League.