Kingston upon Hull, usually abbreviated to Hull, is a port city and unitary authority in the East Riding of Yorkshire, England. It lies upon the River Hull at its confluence with the Humber Estuary, 25 miles (40 km) inland from the North Sea, with a population of 260,700 (mid-2017 est.). Hull lies east of Leeds, east southeast of York and northeast of Sheffield.

Walsall is a large industrialised market town in the West Midlands. Historically part of Staffordshire, it is located 8 miles (13 km) north-west of Birmingham, 6 miles (10 km) east of Wolverhampton and 9 miles (14 km) from Lichfield. 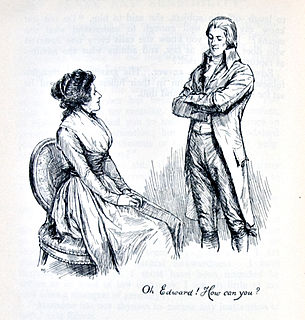 Although the genre is very old, the romance novel or romantic novel discussed in this article is the mass-market version. Novels of this type of genre fiction place their primary focus on the relationship and romantic love between two people, and must have an "emotionally satisfying and optimistic ending." There are many subgenres of the romance novel, including fantasy, historical romance, paranormal fiction, and science fiction. Romance novels are read primarily by women.

She was the second elected Chairman (1963–1965) of the Romantic Novelists' Association and also was a former vice-president of the organization. [1] She was the Walsall Writers' Circle founder and life president. [2]

Noreen "Norrey" Ford born on 28 March 1907 in Kingston upon Hull, England, UK. Her parents were Robert Ford and Esther Richardson. She studied at Hull's French Convent, Ravensworth School and Appleton-le-Moors. [3] She married James Louis Christian Dilcock (1911–2000), a Midland judge and lay preacher at Walsall's St Paul's Church. The marriage spent much time travelling the world. Norren died on 1985 in Walsall, and her ashes were scattered over the fells by the Lake District. [4]

Rosalind Jane Brett is an English former competition swimmer who represented Great Britain in the Olympics, FINA world championships and European championships, and England in the Commonwealth Games, winning seven medals in freestyle and medley relay events in international competition. 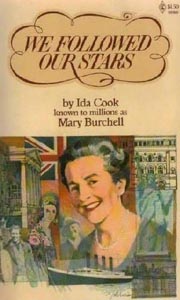 Ida Cook was a British campaigner for Jewish refugees and a romance novelist as Mary Burchell.

Mary Wibberley was an English romantic fiction writer. Born in Worsley, she penned 48 novels for Mills & Boon. Her first novel, Black Niall, was published in 1973. Wibberley died following a short illness on 29 December 2013, aged 79. Her funeral took place on 30 December.

Miriam Allen deFord was an American writer best known for her mysteries and science fiction. During the 1920s, she wrote for a number of left-wing magazines including The Masses, The Liberator, and the Federated Press. Her short story "A Death in the Family" appeared on Night Gallery's second season appearing in Episode Two segment One with Desi Arnez Jr.

Mary Gervaise, Hilary Wayne and Bellamy Brown are the pseudonyms for Joan Mary Wayne Brown. She was born on 21 April 1906 and died on 26 April 1998. She was a prolific writer, publishing over 70 books. A bout of anaemia caused her to pursue writing at the age of 18, rather than attending college. 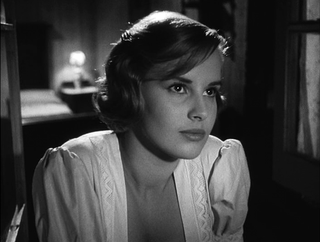 Antonella Lualdi is an Italian actress and singer. She appeared in many Italian and French films in the 1950s and 1960s, notably in Claude Autant-Lara's film The Red and the Black in 1954, opposite Gérard Philipe.

Eileen Norah Owbridge was a British writer who under the pseudonym Jane Arbor wrote 57 romances for Mills & Boon from 1948 to 1985.

Sara Seale, was the pseudonym by Mary Jane MacPherson and/or A.D.L. MacPherson, a British writing team of over 45 romance novels as from 1932 to 1971. Seale began writing at an early age while still in her convent school. She was one of the first Mills & Boon's authors published in Germany and the Netherlands. By the 1950s she was earning over £3,000/year. Besides being a writer, Seale was also a leading authority on Alsatian dogs, and was a judge at Crufts. 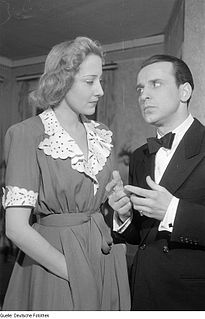 Georg Thomalla was a German actor. He appeared in about 150 film and television productions between 1939 and 2000, and was widely known in Germany for his comedic roles.

Hilda Nickson, née Pressley was a British writer of over 60 romance novels published from 1957 to 1977, under her married and maiden name, and as Hilda Pressley. She was vice-president of the Romantic Novelists' Association. She was married to the writer Arthur Nickson (1902-1974).

Wolfgang Neuss was a German actor and Kabarett artist. Beginning in the mid-1960s, he also became famous for his political engagement, first for the SPD, then for the extra-parliamentary opposition, APO. He died in 1989 from a longtime cancer.

Jean S. MacLeod was a prolific British writer of over 130 romance novels from 1936 to 1996, she also used the pseudonym of Catherine Airlie.

Irene Swatridge, née Irene Maude Mossop was a British writer of over 175 children's and romance novels, under her maiden and married names as well as under the pseudonyms of Jan Tempeste, Fay Chandos, and Virginia Storm. She also wrote in collaboration with her husband Charles John Swatridge (1896–1964) under the pseudonym Theresa Charles, and after his death under his pseudonym Leslie Lance.

Margaret Malcolm was a British writer of over 100 romance novels published by Mills & Boon from 1940 to 1981.

Alice Nina Hoysradt, née Conarain was an Irish writer of over 70 romance novels as her maiden name Nina Conarain and under the pseudonym of Elizabeth Hoy from 1933 to 1980.