Paul Jarrett (born July 15, 1981) is an American entrepreneur. He is the co-founder and chief executive officer (CEO) of Bulu Box [1] and he played football at Iowa State University during the 2000 and 2001 seasons under head coach Dan McCarney.

Jarrett was born to William "Bill" Jarrett and Corinne Jarrett (née Benes) in Lincoln, Nebraska. William Jarrett served 36 years in law enforcement, retiring in 2012 from his position as Lancaster County Sheriff's Chief Deputy; then joining the Lancaster County Treasurer's office as Chief Deputy for 3 years before retiring again in 2015. [2]

Jarrett joined the Iowa State Cyclones football team in 2000 as a freshman, starting as a defensive lineman under coach Dan McCarney. That year, the Cyclones participated in their first bowl game since 1978 and won the program's first bowl game.

Jarrett played on the 2001 team but chose not to return to the team for the 2002 year due to concerns about aggravating existing injuries. Without his football scholarship, Jarrett transferred to the University of Nebraska-Lincoln to finish his college career closer to home.

In 2007, Jarrett joined BBDO, the most awarded advertising agency in the world, as an account executive. Nike and Lowe's were among Jarrett's clients during his five-month tenure at the agency. The agency experience was not wholly positive for Jarrett, who has indicated that the Bulu Box core value “Fire the Assholes” stemmed directly from his time at BBDO. [3] “Nobody likes working for, or with, a jerk.” Jarrett said in a 2013 Silicon Prairie News guest article. [4] However, in other interviews, Jarrett has attributed his extensive business network to connections he made while working at BBDO. Jarrett left BBDO in April 2008 to join Nebraska Book Company in launching their new brand, Neebo. [5]

In 2012, after completing the San Francisco Half Marathon, Jarrett and his wife, Stephanie Jarrett, began working on the concept for their startup subscription box company, Bulu Box. Combining his personal trial-and-error experience in his efforts to lose 100 lbs after leaving the Iowa State Cyclones football team and professional experience at Complete Nutrition using the “spray and pray” product sampling method to obtain new customers, plus Stephanie's extensive marketing, strategy and design skills, the Jarretts launched Bulu Box in 2012. [6] [7]

Paul Jarrett and his wife and co-founder, Stephanie Jarrett launched Bulu Box from their San Francisco apartment in early spring 2012. Following a meeting with a potential investor, the Jarretts moved their business to Lincoln, Nebraska in time to ship the first Bulu Box subscriptions in June 2012. [6] [7]

As Co-Founder and CEO of Bulu Box, Jarrett has received a number of accolades from the startup community and the state of Nebraska. Among his awards are Innovator of the Year from the Pipeline Entrepreneurs network (2013). [8] [9]

Jarrett has been a member of Lincoln Mayor Chris Beutler’s Recycling Committee from 2015 to present. With his fellow committee members, who include elected officials and prominent business owners, Jarrett consults with the city of Lincoln on matters of public policy.

In 2016, Jarrett was chosen to attend The Immersion, an invitation-only experience curated by Lululemon. Jarrett participated in the Immersion alongside Baron Baptiste and Gabrielle Bernstein. [15]

Y Combinator (YC) is an American seed money startup accelerator launched in March 2005. It has been used to launch over 2,000 companies, including Stripe, Airbnb, Cruise Automation, DoorDash, Coinbase, Instacart, Dropbox, Twitch, and Reddit. The combined valuation of the top YC companies was over US$300 billion as of January 2021. The company's accelerator program is held in Mountain View, California.

Evan Clark Williams is an American technology entrepreneur who is the co-founder of several technology companies, including Twitter. Williams was previously chairman and CEO of Twitter. He also founded Blogger and Medium, two of the largest internet platforms of their kind. 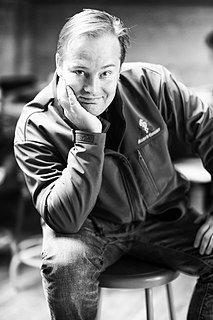 Nelnet, Inc., is a United States-based conglomerate that deals in the administration and repayment of student loans and education financial services. The company is headquartered in Lincoln, Nebraska.

Diane B. Greene is an American technology entrepreneur and executive. Greene started her career as a naval architect before transitioning to the tech industry, where she was a founder and CEO of VMware from 1998 until 2008. She was a board director of Google and CEO of Google Cloud from 2015 until 2019. She was also the co-founder and CEO of two startups, Bebop and VXtreme, which were acquired by Google and Microsoft, for $380 million and $75 million.

Richard William Costolo is an American businessman. He was the CEO of Twitter from 2010 to 2015; he also served as the COO before becoming CEO. He took over as CEO from Evan Williams in October 2010. On June 11, 2015, it was announced that Costolo would step down as CEO on July 1, 2015, and would be replaced by Twitter co-founder and chairman Jack Dorsey on an interim basis until the Board of Directors could find a replacement. On August 8, 2015, The New York Times reported that Costolo would be leaving Twitter's Board of Directors by the end of the year or when a new CEO is appointed.

Coursera Inc. is an American massive open online course provider founded in 2012 by Stanford University computer science professors Andrew Ng and Daphne Koller. Coursera works with universities and other organizations to offer online courses, certifications, and degrees in a variety of subjects. According to CNBC "more than 150 universities offered upwards of 4,000 courses through Coursera, which features over two dozen degree programs at prices that are lower than many in-person school offerings."

David Cohen is a serial entrepreneur and the founder of Pinpoint Technologies, iContact.com, and Earfeeder. He is also an angel investor with a portfolio of more than 100 companies. Cohen is best known as the co-founder of Techstars, a mentorship-based startup accelerator. 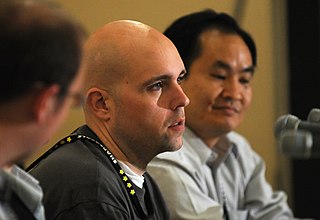 Jeremy "ShoeMoney" Schoemaker is a web entrepreneur, founder of NextPimp.com, ShoeMoney Media and PAR Program, and co-founder of the AuctionAds service. He is a frequent speaker at search engine marketing and affiliate conferences. He also co-founded the Elite Retreat, an annual industry expert conference, with Lee Dodd.

Lightbank is a financial organization that specializes in making venture capital investments in "disruptive" technology companies in the United States including seed investments, Series A round and late-stage investments. It combines investment with guidance and direct involvement with the companies it invests in. Unlike most such companies, it does not concentrate on Silicon Valley, but has a presence across the United States. It was founded by Brad Keywell and Eric Lefkofsky. It is headquartered in Chicago and it has made investments in companies in Chicago, New York City, Omaha and the Bay Area.

Karen A. Linder is an American business leader, investor, author and artist. She serves as CEO and president of Tethon 3D, a 3d printing company, and as principal of Linseed Capital, a private investment firm. Her book, The Women of Berkshire Hathaway, was published in 2012 by John Wiley & Sons.

Hudl is a product and service of Agile Sports Technologies, Inc. - a Lincoln, Nebraska based company providing tools for coaches and athletes to review game footage and improve team play. Its initial product line served college and professional American football teams; today the company provides video services to youth, amateur, and professional teams in American football as well as other sports including soccer, basketball, volleyball and lacrosse.

Joel Neoh Eu-Jin is a Malaysian entrepreneur, speaker, and investor. He is best known for his role as the founder of Groupon Malaysia and as the International Vice President of Groupon Asia Pacific. He is currently the founder of Fave. 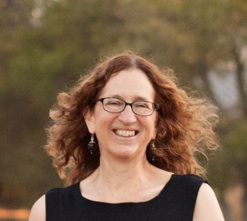 Celeste Suzanne Baranski is an American electronic engineer, entrepreneur, and executive who helped create several pioneering electronic devices including early versions of the tablet computer. Baranski, with her colleague Alain Rossmann, won the Discover Award from Discover Magazine in 1993. 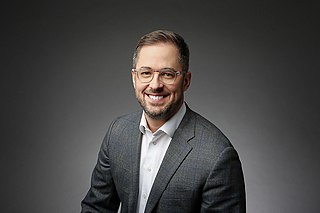 Aaron Skonnard is an American businessman and the co-founder and CEO of Pluralsight. Skonnard founded the company in 2004 with Keith Brown, Fritz Onion, and Bill Williams, to provide online video training courses for software developers, IT administrators, and creative professionals. Since its founding, the company has developed a full enterprise platform, and as of November, 2017, has received over $192 million in venture funding, and made several acquisitions.

Jane Fleming Kleeb is an American political executive and activist. She is the founder and president of Bold Alliance, Chair of the Nebraska Democratic Party and a board member of Our Revolution and Matriarch PAC.

Katrina Lake is an American businesswoman who is the founder and CEO of Stitch Fix, a fashion-based subscription service. Stitch Fix was established in 2011 in San Francisco and went public in 2017. In 2017, Lake became the youngest woman to take a company public at age 34 and was the only woman in 2017 to lead an initial public offering in technology. She was surpassed by Whitney Wolfe Herd in 2021, who took Bumble public at age 31.

We Don’t Coast is a cultural movement and slogan adopted by Omaha and surrounding communities to observe unity, elevate hard work and acknowledge the region’s Midwestern, noncoastal status.