Pendragon may also refer to:

Other arts, entertainment, and media

This disambiguation page lists articles associated with the title Pendragon.
If an internal link led you here, you may wish to change the link to point directly to the intended article. 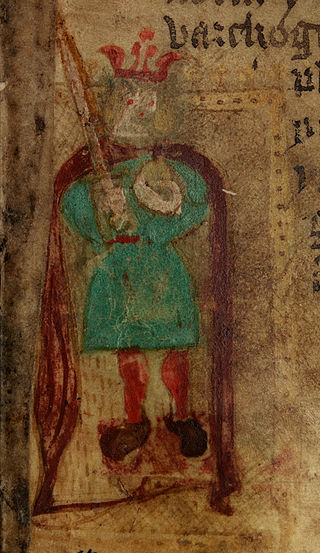 Ambrosius Aurelianus was a war leader of the Romano-British who won an important battle against the Anglo-Saxons in the 5th century, according to Gildas. He also appeared independently in the legends of the Britons, beginning with the 9th-century Historia Brittonum. Eventually, he was transformed by Geoffrey of Monmouth into the uncle of King Arthur, the brother of Arthur's father Uther Pendragon, as a ruler who precedes and predeceases them both. He also appears as a young prophet who meets the tyrant Vortigern; in this guise, he was later transformed into the wizard Merlin.

Stephen R. Lawhead is a UK-based American writer known for his works of fantasy, science fiction, and historical fiction, particularly Celtic historical fiction. He has written over 28 novels and numerous children's and non-fiction books. 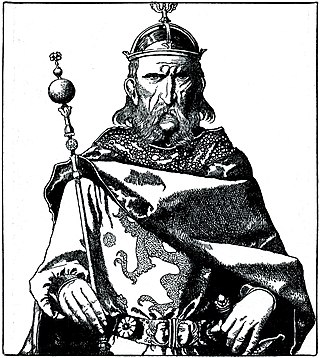 Uther Pendragon (Brittonic), also known as King Uther, was a legendary King of the Britons in sub-Roman Britain. Uther was also the father of King Arthur.

In the Matter of Britain, Igraine is the mother of King Arthur. Igraine is also known in Latin as Igerna, in Welsh as Eigr, in French as Ygraine, in Le Morte d'Arthur as Ygrayne—often modernised as Igraine or Igreine—and in Parzival as Arnive. She becomes the wife of Uther Pendragon, after the death of her first husband, Gorlois.

Pendragon or Pen Draig, is the epithet of Uther, father of King Arthur in medieval and modern Arthurian literature and occasionally applied to historical Welsh heroes in medieval Welsh poetry, such as Rhodri ab Owain Gwynedd. 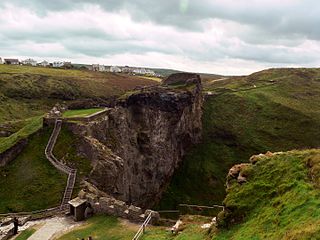 Tintagel Castle is a medieval fortification located on the peninsula of Tintagel Island adjacent to the village of Tintagel (Trevena), North Cornwall in the United Kingdom. The site was possibly occupied in the Romano-British period, as an array of artefacts dating from this period have been found on the peninsula, but as yet no Roman-era structure has been proven to have existed there. It was settled during the early medieval period, when it was probably one of the seasonal residences of the regional king of Dumnonia. A castle was built on the site by Richard, 1st Earl of Cornwall in the 13th century, during the High Middle Ages. It later fell into disrepair and ruin. 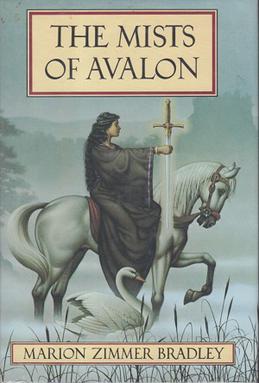 The Mists of Avalon is a 1983 historical fantasy novel by American writer Marion Zimmer Bradley, in which the author relates the Arthurian legends from the perspective of the female characters. The book follows the trajectory of Morgaine, a priestess fighting to save her Celtic religion in a country where Christianity threatens to destroy the pagan way of life. The epic is focused on the lives of Morgaine, Gwenhwyfar (Guinevere), Viviane, Morgause, Igraine and other women of the Arthurian legend.

The Queen of Orkney, today best known as Morgause and also known as Morgawse and other spellings and names, is a character in later Arthurian traditions. In some versions of the legend, including the seminal text Le Morte d'Arthur, she is the mother of Gawain and Mordred, both key players in the story of King Arthur and his downfall. Mordred is the offspring of Arthur's accidental incest with Morgause, the king's estranged half-sister. She is furthermore a sister of Morgan le Fay and the wife of King Lot of Orkney, as well as the mother of Gareth, Agravain, and Gaheris, the last of whom murders her.

The Birth of Merlin, or, The Child Hath Found his Father is a Jacobean play, probably written in whole or part by William Rowley. It was first performed in 1622 at the Curtain Theatre in Shoreditch. It contains a comic depiction of the birth of the fully grown Merlin to a country girl, and also features figures from Arthurian legend, including Uther Pendragon, Vortigern, and Aurelius Ambrosius. 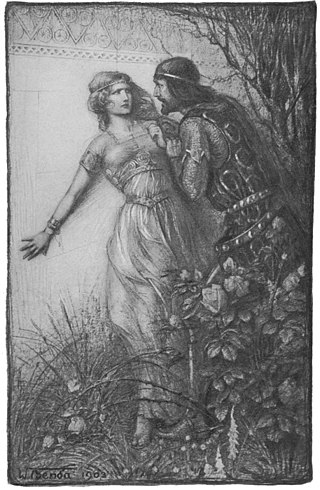 In Arthurian legend, Gorlois of Tintagel, Duke of Cornwall, is the first husband of Igraine, whose second husband is Uther Pendragon. Gorlois's name first appears in Geoffrey of Monmouth's Historia Regum Britanniae. A vassal of Ambrosius Aurelianus, his arrival at the Battle of Kaerconan ensures the defeat of Hengist. In Wace's Roman de Brut, when Hengist's son Octa and his cousin Ossa rebel, Gorlois helps Uther defeat them at York.

Urien, often referred to as Urien Rheged or Uriens, was a late 6th-century king of Rheged, an early British kingdom of the Hen Ogledd of the House of Rheged. His power and his victories, including the battles of Gwen Ystrad and Alt Clut Ford, are celebrated in the praise poems to him by Taliesin, preserved in the Book of Taliesin.

Octa was an Anglo-Saxon King of Kent during the 6th century. Sources disagree on his relationship to the other kings in his line; he may have been the son of Hengist or Oisc, and may have been the father of Oisc or Eormenric. The dates of his reign are unclear, but he may have ruled from 512 to 534 or from 516 to 540. Despite his shadowy recorded history Octa made an impact on the Britons, who describe his deeds in several sources. 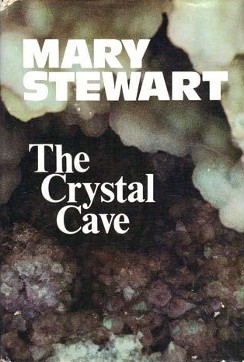 The Crystal Cave is a 1970 fantasy novel by Mary Stewart. The first in a quintet of novels covering the Arthurian legend, it is followed by The Hollow Hills.

The Hollow Hills is a novel by Mary Stewart. It is the second in a trilogy of novels covering the Arthurian Legends. This book is preceded by The Crystal Cave and succeeded by The Last Enchantment. The Hollow Hills was published in 1973. 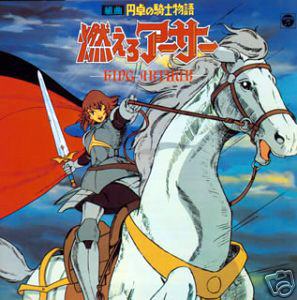 King Arthur and the Knights of the Round Table is a Japanese anime series based on Arthurian legend. Produced by Toei Animation, the series consists of 30 half-hour episodes released between 9 September 1979 and 3 March 1980. The series achieved great popularity in its non-English translations.

Pendragon Castle is a ruin located in Mallerstang Dale, Cumbria, south of Kirkby Stephen, and close to the hamlet of Outhgill. It stands above a bend in the River Eden, overlooked by Wild Boar Fell to the south-west and Mallerstang Edge to the east. It is a grade I listed building.

Of Arthour and of Merlin, or Arthur and Merlin, is an anonymous Middle English verse romance giving an account of the reigns of Vortigern and Uther Pendragon and the early years of King Arthur's reign, in which the magician Merlin plays a large part. It can claim to be the earliest English Arthurian romance. It exists in two recensions: the first, of nearly 10,000 lines, dates from the second half of the 13th century, and the much-abridged second recension, of about 2000 lines, from the 15th century. The first recension breaks off somewhat inconclusively, and many scholars believe this romance was never completed. Arthur and Merlin's main source is the Estoire de Merlin, a French prose romance.

The Winter King is a forthcoming British historical fiction television series based on Bernard Cornwell's The Warlord Chronicles series of novels, starring Iain De Caestecker as King Arthur, and told by Derfel Cadarn portrayed by Stuart Campbell, born a Saxon, but raised among Celtic Britons, he starts is life as one of Merlin's orphans and worked his way up to one of Arthur's officers.