A permissive society is a society in which some social norms become increasingly liberal, [1] especially with regard to sexual freedom. [2] This usually accompanies a change in what is considered deviant. While typically preserving the rule "do not harm others" (harm principle), a permissive society would have few other moral, religious or legal codes (no victimless crimes, for example).

The most cited example is the social revolution and sexual revolution of the late 1960s in Europe and America, giving rise to more liberal attitudes toward artistic freedom, homosexuality and drugs, which had its origins in blowback against repressive authoritarian regimes such as the Nazis, as described by the Bloomsbury Group. Also commonly mentioned is the general loosening of Britain's former adherence to Victorian values. The term permissive society was originally used as a hostile label by those who believed that sexual promiscuity was too high., [2] though that may be due to a blanket ban of proper sexual education—where abstinence-only rigours are the only 'proper' method of instruction—in earlier generations, which is a known factor in rates of unprotected sexual activity.

During the 1970s and 1980s, some British sociologists took a more sceptical approach to the question of the sixties 'permissive society', noting that it actually resulted in only partial and amended regulation of previously illegal and or stigmatised social activities. For example, the Sexual Offences Act 1967 decriminalised homosexuality but at an unequal age of consent, 21 (although it was subsequently reduced 18 (1994) and, finally, 16 (2002), additionally, the 1967 act decriminalised homosexuality only under limited circumstances. Similarly, the Abortion Act 1967 did not allow abortion on request but required obtaining medical permission, with time limits. Furthermore, as with the case of cannabis decriminalisation, some instances of liberalised social attitudes were not met with legislative change. It is therefore important to note that the extent of 'permissiveness' that occurred in the 1960s may have been overstated. [4] [5] Some would argue that in the case of LGBT rights in the United Kingdom, Western Europe, Canada and New Zealand, the initial changes were only a prelude to further periods of legislative change: same sex marriage or civil unions and gay adoption have all occurred since the initial decriminalisation of homosexuality.

As well as this, there have been further periods of social reformist legislation that have not similarly been described as evidence of a permissive society. These include the passage of legislation that decriminalised prostitution in Australia and prostitution in New Zealand, as well as the decriminalisation of medical marijuana across many US states and partial legalization of recreational marijuana in Canada. The term appears to have been historicised.

Though liberals view permissiveness as a positive, social conservatives claim that it weakens the moral and sociocultural structures necessary for a civilized and valid society. For example, lower divorce rates, decreasing the incidence of sexually transmitted diseases, and controlling crime are all desirable.

Others answer that these issues themselves are outcomes of the very repressiveness that seeks to eliminate them. It is believed that citizens enjoying free thinking, speaking, and acting without coercion or recusancy, have contributed to a society where freethinkers thrive, that is, without having to fear repression through intolerance and injustice. 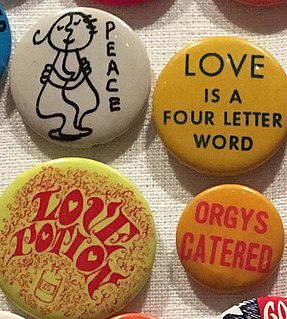 A victimless crime is an illegal act that typically either directly involves only the perpetrator or occurs between consenting adults. Because it is consensual in nature, whether there involves a victim is a matter of debate. Definitions of victimless crimes vary in different parts of the world and different law systems, but usually include possession of any illegal contraband, recreational drug use, prostitution and prohibited sexual behavior between consenting adults, assisted suicide, and smuggling among other similar infractions.

Free love is a social movement that accepts all forms of love. The movement's initial goal was to separate the state from sexual matters such as marriage, birth control, and adultery. It stated that such issues were the concern of the people involved, and no one else. The movement began around the 19th century, but was notably progressed by the hippies in the Sixties. 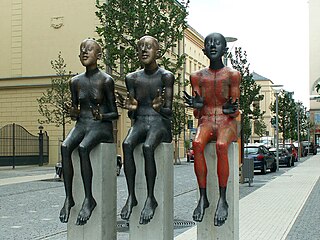 Toleration is the allowing, permitting, or acceptance of an action, idea, object, or person which one dislikes or disagrees with. Political scientist Andrew R. Murphy explains that "We can improve our understanding by defining "toleration" as a set of social or political practices and "tolerance" as a set of attitudes.". Random House Dictionary defines tolerance as "a fair, objective, and permissive attitude toward those whose opinions, beliefs, practices, racial or ethnic origins, etc., differ from one's own".

Decriminalization or decriminalisation is the reclassification in law relating to certain acts or aspects of such to the effect that they are no longer considered a crime, including the removal of criminal penalties in relation to them. This reform is sometimes applied retroactively but otherwise comes into force from either the enactment of the law or from a specified date. In some cases regulated permits or fines may still apply, and associated aspects of the original criminalized act may remain or become specifically classified as crimes. The term was coined by anthropologist Jennifer James to express sex workers' movements' "goals of removing laws used to target prostitutes", although it is now commonly applied to drug policies. The reverse process is criminalization.

Labeling theory posits that self-identity and the behavior of individuals may be determined or influenced by the terms used to describe or classify them. It is associated with the concepts of self-fulfilling prophecy and stereotyping. Labeling theory holds that deviance is not inherent in an act, but instead focuses on the tendency of majorities to negatively label minorities or those seen as deviant from standard cultural norms. The theory was prominent during the 1960s and 1970s, and some modified versions of the theory have developed and are still currently popular. Stigma is defined as a powerfully negative label that changes a person's self-concept and social identity.

The social construction of sexual behavior—its taboos, regulation, and social and political impact—has had a profound effect on the various cultures of the world since prehistoric times.

Public morality refers to moral and ethical standards enforced in a society, by law or police work or social pressure, and applied to public life, to the content of the media, and to conduct in public places. A famous remark of Mrs Patrick Campbell, that she did not care what people did as long as they "didn't frighten the horses" shows that in some sense even high tolerance expects a public limitation on behaviour. At the opposite extreme a theocracy may equate public morality with religious instruction, and give both the equal force of law. 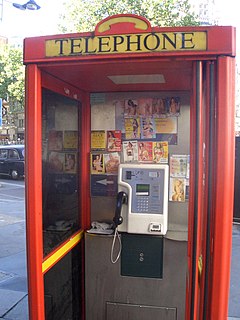 In Great Britain, the act of engaging in sex as part of an exchange of sexual services for money is legal, but a number of related activities, including soliciting in a public place, kerb crawling, owning or managing a brothel, pimping and pandering, are crimes. In Northern Ireland, which previously had similar laws, paying for sex became illegal from 1 June 2015.

Save Ulster from Sodomy was a political campaign launched in 1977 by Ian Paisley, MP, then leader of the Democratic Unionist Party (DUP) and Free Presbyterian Church, to prevent the decriminalisation of homosexuality in Northern Ireland. The campaign was ultimately unsuccessful.

The Sexual Offences Act 1967 is an Act of Parliament in the United Kingdom. It legalized homosexual acts in England and Wales, on the condition that they were consensual, in private and between two men who had attained the age of 21. The law was extended to Scotland by the Criminal Justice (Scotland) Act 1980 and to Northern Ireland by the Homosexual Offences Order 1982.

Cultural liberalism is a liberal view of society that stresses the freedom of individuals from cultural norms and in the words of Henry David Thoreau is often expressed as the right to "march to the beat of a different drummer".

Prostitution in Denmark was partly decriminalised in 1999, based partly on the premise that it was easier to police a legal trade than an illegal one. Third-party activities, such as profiting from brothel administration and other forms of procuring, remain illegal activities in Denmark, as do pimping and prostitution of minors. 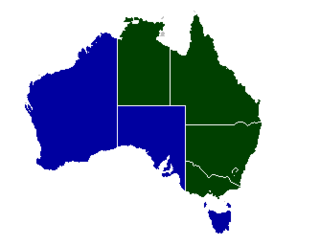 Prostitution in Australia is governed by state and territory laws, which vary considerably. Federal legislation also affects some aspects of sex work throughout Australia, and of Australian citizens abroad.

Michel Clouscard was a French Marxist philosopher and sociologist.

The Crimes Act 1961 is an Act of the Parliament of New Zealand that forms a leading part of the criminal law in New Zealand. It repeals the Crimes Act 1908, itself a successor of the Criminal Code Act 1893. Most crimes in New Zealand are created by the Crimes Act, but some are created elsewhere. All common law offences are abolished by section 9, as are all offences against Acts of the British Parliaments, but section 20 saves the old common law defences where they are not specifically altered.

The decriminalization of sex work is the removal of criminal penalties for sex work. Sex work, the consensual provision of sexual services for money or goods, is criminalized in most countries. Decriminalization is distinct from legalization.

Legal moralism is the theory of jurisprudence and the philosophy of law which holds that laws may be used to prohibit or require behavior based on society's collective judgment of whether it is moral. It is often given as an alternative to legal liberalism, which holds that laws may only be used to the extent that they promote liberty. The debate between moralism and liberalism attracted much attention following the publication by the UK Parliament of the Wolfenden Report in 1957, which recommended that homosexuality should be decriminalised on the basis that the function of the law "is not... in our view... to intervene in the private life of citizens, or to seek to enforce any particular pattern of behaviour". Over the following years, H. L. A. Hart and Patrick Devlin, Baron Devlin contributed significantly to the body of literature.

The New Political Center — Girchi is a liberal political party in Georgia. It emphasizes economic liberalism and fiscal conservatism, and describes itself as "a pro-Western, centrist party – socially liberal and fiscally conservative –created to promote democratic values", and a supporter of Atlanticism and pro-Europeanism. In regards to the COVID-19 pandemic in Georgia, it promises to lift COVID-19-related restrictions, while calling on everyone to observe hygienic norms. Girchi supports more private sector involvement in both healthcare and environment protection, advocating for deregulation and the removal of prohibition laws that protects the environment but that according to the party have the opposite effect.