Piet Meiring is a South African theologian and academic. He is a Dutch Reformed Church in South Africa minister and the former director of the Centre for Public Theology at the University of Pretoria. [1] He served on the Truth and Reconciliation Commission. [1] 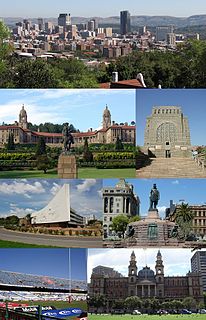 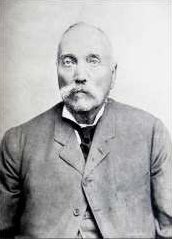 Marthinus Wessel Pretorius was the first president of the South African Republic, and also compiled the constitution of the Republic.

The Voortrekker Monument is located just south of Pretoria in South Africa. This massive granite structure is prominently located on a hilltop, and was raised to commemorate the Voortrekkers who left the Cape Colony between 1835 and 1854. 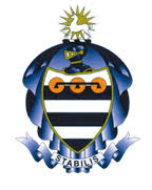 Grey College is a public school for boys located in Bloemfontein, Free State, South Africa, one of the 23 Milner Schools.

Gerard Rissik was the fourth Governor of the South African Reserve Bank. His term of office was from 1 July 1962 to 30 June 1967. He was succeeded by Dr. Theunis Willem de Jongh. 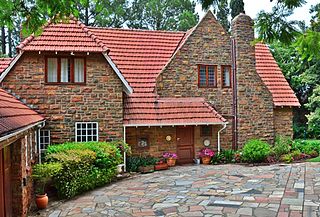 Prof. Dion Angus Forster is an ordained Minister of the Methodist Church of Southern Africa. He is a theologian and author. He was formerly the Dean of the Seminary of the Methodist Church of Southern Africa, John Wesley College. Prof. Forster is the International Chairman of the 'EXPOSED - shining a light on corruption' campaign. He teaches Systematic Theology and Ethics, with a focus on Public Theology in the Faculty of Theology at Stellenbosch University. He serves as the Director of the Beyers Naudé Centre for Public Theology at Stellenbosch University.

Johan Adam Heyns was an Afrikaner Calvinist theologian and moderator of the general synod of the Nederduits Gereformeerde Kerk (NGK) in South Africa. He was assassinated at his home in Waterkloof Ridge, Pretoria.

The University of Pretoria Faculty of Law was established in 1908 and consists of five academic departments, six centres, two law clinics and its own publisher the Pretoria University Law Press (PULP). The faculty offers the undergraduate LLB degree, the postgraduate LLM and LLD degrees as well as several continuing education courses.

Piet is a masculine given name derived from Petrus. It is a common Dutch and South African name, the latter because of Dutch emigration. People named Piet include:

Andries Van Aarde is an honorary professor of theology and a research fellow at the University of Pretoria. He is also an ordained minister in the Netherdutch Reformed Church of Africa. He has shown interest in the Historical Jesus debate.

The following is a timeline of the history of Pretoria, in the City of Tshwane Metropolitan Municipality, Gauteng province, South Africa.

Lieutenant General Ian Rimbault Gleeson is a retired South African Army officer who served as Chief of the Defence Staff. 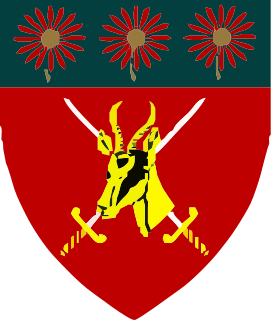 Northern Transvaal Command was a command of the South African Army. It was active from 1959 to mid 2000 when it was disestablished. Formerly it was named Northern Command from 1946 to 1959.

Steven Meiring is a South African rugby union player who most recently played with the Free State XV. He can play as a flanker or a number eight.

Sir Johannes Hendricus Meiring Beck, FRSE was a Cape and later South African physician and politician. He was a member of the Cape Colony delegation to the National Convention between 1908 and 1909, which led to the creation of the Union of South Africa, and held various memberships of medical-professional and scholarly bodies in South Africa and the British realm. He was an early occupier of the office of the Minister of Posts and Telegraphs in South Africa.