Reggie Stoltzfus (born September 15, 1980) is an American politician who has served in the Ohio House of Representatives from the 50th district since 2019. [1] [2] 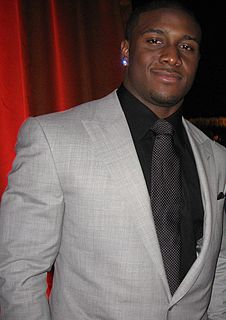 Reginald Alfred Bush Jr. is a former American football running back. He played college football at USC, where he earned consensus All-American honors twice and won the Heisman Trophy as the most outstanding player in the nation. He was drafted by the New Orleans Saints second overall in the 2006 NFL Draft. While with the Saints, Bush was named an All-Pro kick returner in 2008 and won Super Bowl XLIV in 2010 over the Indianapolis Colts. He also played for the Buffalo Bills, Miami Dolphins, Detroit Lions, and San Francisco 49ers.

King's College London Students' Union (KCLSU) is an independent charitable organisation existing solely to further the interests of its members and govern over the more than 300 student societies and activity groups at King's. KCLSU claims to be the oldest students' union in England. 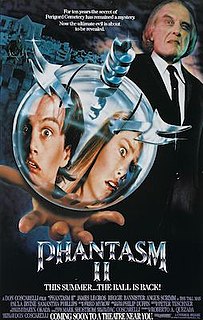 Phantasm II is a 1988 American science fantasy action-horror film and sequel to Phantasm (1979). It was written and directed by Don Coscarelli, starring Angus Scrimm, James LeGros and Reggie Bannister. In it, the first film's protagonist Mike, recently released from a mental institution, recruits Reggie and some new friends in an effort to defeat the villain Tall Man.

Timothy Lee Walberg is an American politician. A member of the Republican Party, he has served as the U.S. Representative for Michigan's 7th congressional district since 2011. He previously represented the district from 2007-09.

Slidell High School is a public school for grades nine through twelve located in Slidell, Louisiana, United States. It is part of the St. Tammany Parish Public School District and serves portions of west and central Slidell as well as a section of Lacombe.

The 190th Pennsylvania House of Representatives District is located in Southeast Pennsylvania and was last represented in 2019 by Movita Johnson-Harrell.

Tantalizingly Hot is the sixth album by American recording artist Stephanie Mills, released in 1982 and was produced by James Mtume & Reggie Lucas and Ashford & Simpson. It was her first release, by default, on Casablanca Records. In 1981, oil magnate and industrialist Marvin Davis (1925–2004) and financier Marc Rich (1934–2013) bought Twentieth Century-Fox Film Corporation, which owned her previous label, 20th Century-Fox Records, for a grand total of $703 million.

Eutreta is a genus of the family Tephritidae, better known as fruit flies.

Jason Chipman is an American politician who has served in the Missouri House of Representatives from the 120th district since 2015.

Bradley A. Stephens is a Republican member of the Illinois House of Representatives from the 20th district. Stephens, the Mayor of Rosemont, Illinois, was appointed to the position June 29, 2019 to succeed Michael P. McAuliffe. The 20th district includes all or parts of Des Plaines, Park Ridge, Rosemont, Schiller Park, Norridge, Harwood Heights, Franklin Park, and the Chicago neighborhoods of Edison Park, Norwood Park, and O'Hare. He is the only Republican representing a significant portion of Chicago above the county level.

Jon E. Rosenthal is an American engineer and politician. He is a Democratic member of the Texas House of Representatives, representing the 135th District including Northwest Houston, Cypress, and Jersey Village.

Donald "Don" Manning is a member of the Ohio House of Representatives, representing the 59th district since 2019. A Republican, Manning's district includes suburban Youngstown as well as rural Mahoning County. Manning previously served in the United States Navy aboard the aircraft carrier USS Forrestal. He also worked in the criminal justice system and served on the New Middletown city council.

Joe Newland is an American politician and farmer currently serving in the Kansas House of Representatives as the Representative from the 13th House District.