Richard Von Busack is an American film reviewer based in San Jose, California. He has been writing for the Metro Silicon Valley since 1985. [1] [2] He was also the co-host of CinemaScene, with poet Morton Marcus.

He was born in California in 1958 and is the oldest of five children born to Sylvia Busack and Ronald F. Busack. 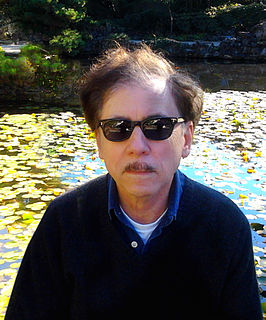 Terry Zwigoff is an American filmmaker whose work often deals with misfits, antiheroes, and themes of alienation. He first garnered attention for his work in documentary filmmaking with Louie Bluie (1985) and Crumb (1994). After Crumb, Zwigoff moved on to write and direct fiction feature films, including the Academy Award nominated Ghost World (2001) and Bad Santa (2003).

Cockney Wanker is a character created by Graham Dury and Simon Thorpe in Viz based on a stereotyped male Cockney. Wanker speaks in rhyming slang and spends his days drinking and selling stolen or unworkable goods to passers-by from an East End market stall. Another of Wanker's specialities is trading used cars. Playing upon the stereotype of the indigenous population of London being fantasists, Wanker often buys a car, sells it back to the same person, for the same amount of money, then declares the transaction to have been "A nice little earner!" He wears cheap gold jewellery or Argos bling and 'Laahndan' gangster dark glasses, and is often seen smoking a cigar.

Mayor of the Sunset Strip is a 2003 documentary film on the life of Rodney Bingenheimer directed by George Hickenlooper, and produced by Chris Carter.

Mary Fleener is an American alternative comics artist, writer and musician from Los Angeles. Fleener's drawing style, which she calls cubismo, derives from the cubist aesthetic and other artistic traditions. Her first publication was a work about Zora Neale Hurston, called Hoodoo (1988), followed by the semi-autobiographical comics series Slutburger, and the anthology Life of the Party (1996). She is a member of the rock band called The Wigbillies. 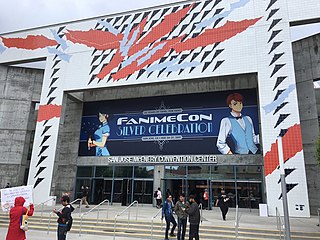 FanimeCon is an annual four-day anime convention held during May at the San Jose McEnery Convention Center in San Jose, California over Memorial Day weekend. 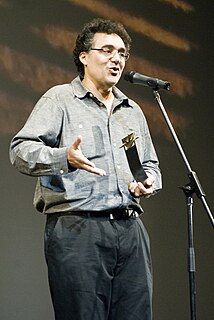 Rodrigo García Barcha, more commonly known as Rodrigo García, is a Colombian television and film director, screenwriter and former cinematographer, best known for his films Nine Lives (2005), Mother and Child (2009), Albert Nobbs (2011), Last Days in the Desert (2015), as well as his work on the HBO drama series In Treatment. He also created, wrote, and directed the award-winning web series Blue (2012–2015), starring Julia Stiles, for which he won an IAWTV Award in 2014. 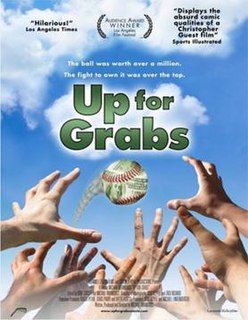 Up for Grabs is a 2004 comedic documentary about two men who fought over custody of a baseball. It is based on a real-life incident surrounding a record-setting Barry Bonds home run, where the ball was contested in the property law case of Popov v. Hayashi. It was directed and produced by Michael Wranovics. 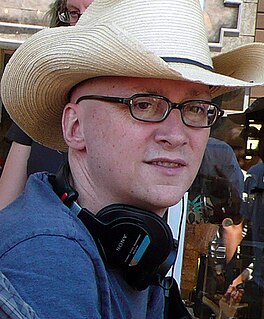 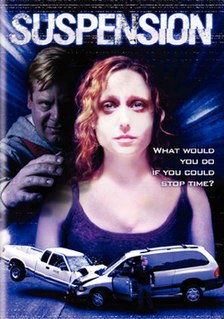 Suspension is a 2007 American science-fiction film directed by Alec Joler and Ethan Shaftel. In 2007, Suspension won the 'Spirit of the Independents' Award at the Ft Lauderdale Film Festival. It received a special opening night preview screening at the Sedona International Film Festival, and competed at the Sci Fi London Festival, the Cinequest Film Festival, and the Brussels International Festival of Fantastic Film. It was released on DVD and streaming in North America and Australia.

Twilight: Los Angeles, 1992 is a one-woman play written and originally performed by Anna Deavere Smith, an American actress, playwright and professor. It is about the 1992 Los Angeles riots.

Magic Trip is a 2011 documentary film directed by Alison Ellwood and Alex Gibney, about Ken Kesey, Neal Cassady, and the Merry Pranksters.

Ferdinand Kingsley is an English actor and record producer. He is best known for playing the roles of Hamza Bey in the film Dracula Untold (2014), Mr. Francatelli in the television series Victoria (2016–2019), and Irving Thalberg in the film Mank (2020).

Bing Concert Hall is a performing arts facility at Stanford University that opened in January 2013. The heart of the building is the oval-shaped concert hall, which has 842 seats arranged in a vineyard style surrounding the stage in terraces. All the seats are within 75 feet of the conductor, and the seats in the center section begin at the stage level. On the north side of the central concert hall is the smaller Bing Studio, which can be configured to accommodate a variety of performance types, e.g., cabaret, club, and theater.

Kevin B. Thomas is an American film critic who has written reviews for the Los Angeles Times since 1962. His long tenure makes him the longest-running film critic among major United States newspapers.

Chase Williamson is an American actor and film producer. He is best known for portraying David Wong in John Dies at the End (2012).

Suckers is a 2001 American comedy-drama film directed by Roger Nygard, who co-wrote the story with Joe Yanetty. It is about the car sales business in the United States, and stars Joe Yannetty, Jake Johannsen, Daniel Benzali, Michael D. Roberts, Louis Mandylor and Lori Loughlin. 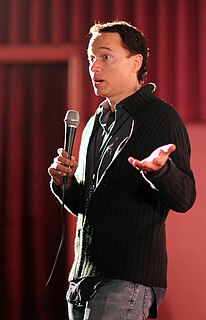 Roger Nygard is a film director and producer. As a director he has worked on Tales of the Unknown (1990), High Strung (1991), Back to Back (1996), Trekkies (1997), and Suckers (2001). He also directed Grief Counseling, an episode from the American television comedy series The Office.