Roberta Smith (born 1948) is co-chief art critic of The New York Times and a lecturer on contemporary art. [1] [2] She is the first woman to hold that position. [3]

Born in 1948 in New York City and raised in Lawrence, Kansas. [4] Smith studied at Grinnell College in Iowa. [4] Her career in the arts started in 1968, while an undergraduate summer intern at the Corcoran Gallery of Art in Washington D.C. [4]

In 1968-1969 she participated in the Art History/Museum Studies track of the Whitney Independent Study Program (ISP) where she met and developed an affinity for Donald Judd and became interested in minimal art. [5] [6] After graduation, she returned to New York City in 1971 to take a secretarial job at the Museum of Modern Art, followed by part-time assistant jobs to Judd in the early 1970s, and Paula Cooper for the first three years that she had her gallery, beginning in 1972.

While at the Paula Cooper Gallery Smith wrote exhibition reviews for Artforum , and subsequently for Art in America , the Village Voice and other publications. She has written and spoken about Judd on many occasions throughout her career, and upon his death in 1995, penned his New York Times obituary. [7] [8] [9]

Smith began writing for The New York Times in 1986, and became the newspaper's co-chief art critic in 2011. [10] [3] She has written many essays for catalogues and monographs on contemporary artists, and wrote the featured essay in the 1975 Judd catalogue raisonné published by the National Gallery of Canada. She writes not only about contemporary art but about the visual arts in general, including decorative arts, popular and outsider art, design and architecture.

Smith is a longtime advocate for museums to be free and open to the public [11] . In 2012, she received an honorary Doctorate of Fine Arts from the San Francisco Art Institute [12] . In 2017, the School of the Art Institute of Chicago awarded Smith her second honorary doctorate. [13]

Smith married Jerry Saltz, senior art critic for New York magazine, in 1992. [14] The couple lives in an apartment in Greenwich Village, that both also use as writing studios. [14] [15] 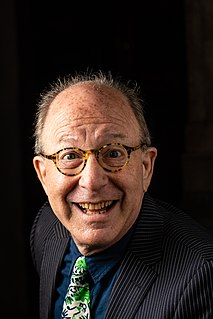 Jerry Saltz is an American art critic. Since 2006, he has been senior art critic and columnist for New York magazine. Formerly the senior art critic for The Village Voice, he received the Pulitzer Prize for Criticism in 2018 and was nominated for the award in 2001 and 2006. He has also contributed to Art in America, Flash Art International, Frieze, and Modern Painters, among other art publications. Saltz served as a visiting critic at The School of Visual Arts, Columbia University, Yale University, and The School of the Art Institute of Chicago and the New York Studio Residency Program, and was the sole advisor for the 1995 Whitney Biennial.

The Institute of Contemporary Art or ICA is a contemporary art museum in Philadelphia. The museum is associated with the University of Pennsylvania, and is located on its campus. The Institute is one of the country's leading museums dedicated to exhibiting the innovative art of our time. Robert Chaney is its Director of Curatorial Affairs. 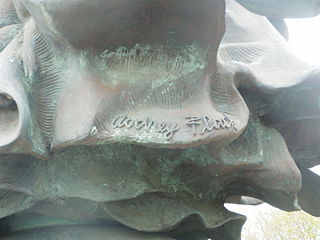 Audrey L. Flack is an American artist. Her work pioneered the art genre of photorealism; her work encompasses painting, sculpture, and photography. 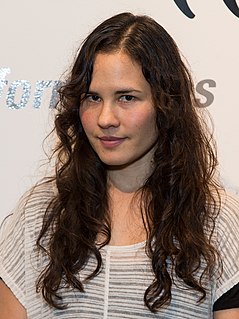 Joan Snyder is an American painter from New York. She is a MacArthur Fellow, a Guggenheim Fellow, and a National Endowment for the Arts Fellow (1974).

Zane Lewis is an American Visual Artist based in Brooklyn, New York. His abstract paintings and sculptures reference color field painting, pointillism, phenomenology, and minimalism. And have been stylistically referred to as 'psychedelic minimalism'.

Jeanne Beth Greenberg Rohatyn is the owner of Salon 94, an art gallery with three locations in New York City. 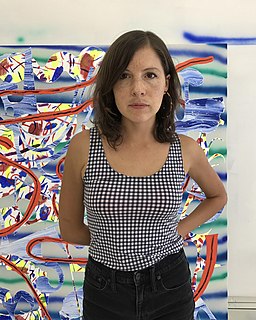 Trudy Benson is an abstract painter who lives and works in Brooklyn, NY.

Arlene Shechet is an American artist. She lives and works in New York City, Woodstock, and Kingston, New York.

The Congolese Plantation Workers Art League makes chocolate sculptures. The group consists of workers recruited by Dutch artist Renzo Martens from a plantation owned by the consumer goods corporation Unilever. Martens was heretofore known for his provocations, including a documentary a decade earlier that suggested that the Congolese people capitalize their poverty as a natural resource. The CATPC artists—Djonga Bismar, Mathieu Kilapi Kasiama, Cedrick Tamasala, Mbuku Kimpala, Mananga Kibuila, Jérémie Mabiala, Emery Mohamba, and Thomas Leba—work with an ecologist and artists based in Kinshasa. Martens sells their works in his Berlin and Amsterdam galleries. As of late 2016, the worker–artists had received US$35,000, or what Martens estimated as 15 additional annual salaries split among the group.

Amy Sherald is an American painter based in Baltimore, Maryland. She is best known for her portrait paintings. Her choices of subjects look to enlarge the genre of American art historical realism by telling African-American stories within their own tradition. She is well known for using grisaille to portray skin tones in her work as a way of "challenging the concept of color-as-race." Her style is simplified realism, involving staged photographs of her subjects.

Jean Follett was an American sculptor and assemblage artist. She was a member of the New York abstract art movement of the 1940s and 1950s.

Mary Grigoriadis is an American artist known for her paintings in the pattern and decoration movement.

Maya Stovall is an American conceptual artist and anthropologist. Stovall is best known for her use of ballet and public space in her art practice. She is an assistant professor at California State Polytechnic University, Pomona and lives and works in Detroit and LA County.

Robert Bittenbender is an American artist living and working in Brooklyn, New York. Bittenbender is recognized for the unique use of mixed media in his artwork. In 2019, Bittenbender was selected to participate in the Whitney Biennial 2019.

Joanna Pousette-Dart is an American artist. She has had a solo exhibition at Museum Wiesbaden in Germany. Her work is held in the collections of the Brooklyn Museum and of the Museum of Modern Art in New York and she has been awarded a Guggenheim Fellowship.

Adrienne Edwards is a New York-based curator, scholar, and writer. Edwards is currently the Engell Speyer Family Curator and Curator of Performance at the Whitney Museum of American Art.