Next to the German edition of Metal Hammer , it is the leading magazine for metal and hard rock in Germany. German news magazine Der Spiegel has called it the Zentralorgan ("central organ") of heavy metal fandom in Germany; [2] others have dubbed it a Kultzeitschrift ("cult magazine"). [3] Founded by Holger Stratmann, more than 300 issues have been published in Germany since 1983; it has been published monthly since 1989. Rock Hard magazine is independent from major media companies. Its slogan is "critical, competent, independent". Since 1990, magazine employees have also organized the Rock Hard Festival, which has been held annually in Gelsenkirchen on the Pentecost weekend since 2003. The festival is streamed by news magazine Spiegel Online, the internet edition of Der Spiegel, and by WDR television under the Rockpalast label. [4]

Götz Kühnemund was editor-in-chief of Rock Hard from 1990 until January 2014, when he and some other editors had to leave the magazine due to financial needs and creative differences with the magazine's founder and publisher Holger Stratmann. Kühnemund, who is a well-known figure not only in the German metal scene, was known for his efforts to preserve what he called "real heavy metal" instead of going more commercial, opening the magazine to influences from different metal substyles. Kühnemund's departure was compared to "the pope leaving the church". [3] Kühnemund then founded a new magazine called Deaf Forever. Boris Kaiser and Michael Rensen became the new editors-in-chief in a dual leadership. Since February 2016, only Boris Kaiser is editor-in-chief, while Michael Rensen works as an editor again. [5]

Rock Hard has its own music streaming channel on the internet video portal Putpat.tv. [6] It also publishes its own mobile app in addition to the magazine which is available on iTunes and Google Play . [7] [8] This development was due to the falling sales of the printed magazine, a phenomenon which has affected all music press in Germany in recent years and also forced Rock Hard to "concentrate on the core business", [9] using the online sector for marketing and additional services. 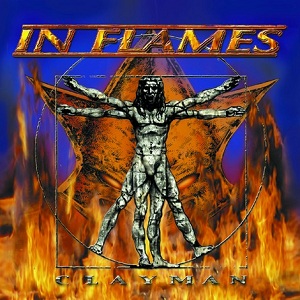 Clayman is the fifth studio album by Swedish metal band In Flames, released via Nuclear Blast on 3 July 2000. It has a dark theme, with most of the lyrics dealing with depression and internal struggles. Clayman is the final In Flames album to feature their original melodic death metal sound. The band would later start to experiment with other styles on their next release, Reroute to Remain, gradually progressing these more experimental elements across their future releases later into the 2000s.

Wacken Open Air is a heavy metal music festival, held annually since 1990 on the first weekend of August in the village of Wacken in Schleswig-Holstein, Germany. Almost all styles of hard rock and metal are represented. It is now one of the largest heavy metal festivals in the world and one of the largest open-air festivals in Germany. Between 2011–2018, the number of attendees was around 85,000, 75,000 of whom were paying visitors. Due to the COVID-19 pandemic, there were no 2020 and 2021 editions of Wacken Open Air. 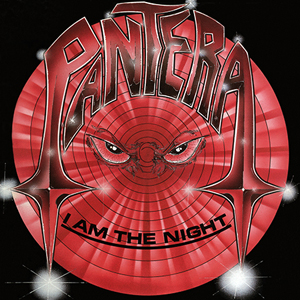 I Am the Night is the third studio album by American heavy metal band Pantera, released in 1985 through Metal Magic Records. It was made available only on vinyl and cassette, with any subsequent CD releases being bootlegs transferred from the vinyl or tape originals. It was the last Pantera album to feature lead singer Terry Glaze. The band made their second music video for the track "Hot and Heavy". 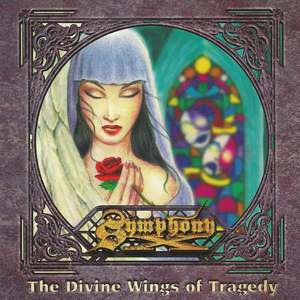 The Divine Wings of Tragedy is the third studio album by progressive metal band Symphony X, released in November 1996 through Zero Corporation (Japan) and March 1997 through Inside Out Music (Europe). A remastered edition was reissued on September 13, 2004 through Inside Out, and again in September 17, 2012 as part of a double-LP vinyl release. 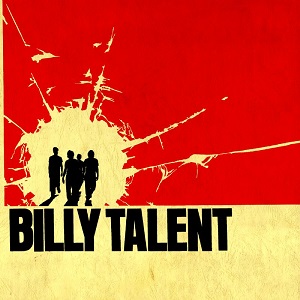 Billy Talent is the debut studio album of Canadian band Billy Talent, after their first, Watoosh!, was released under their old name of Pezz in 1999.

Conspiracy in Mind is the debut album by the Norwegian progressive/power metal band Communic. 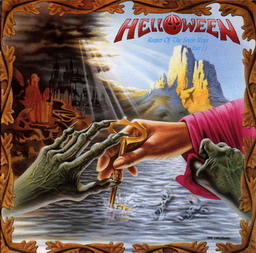 Keeper of the Seven Keys: Part II is the third studio album by German power metal band Helloween, released in 1988. The album sold well, and success bloomed all over Europe, Asia, and even the United States. The album went gold in Germany and reached No. 108 in the US. 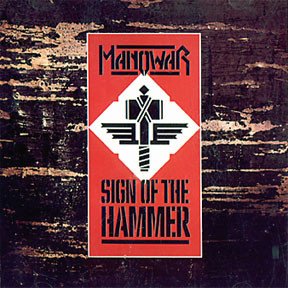 Hypocrisy is the sixth studio album by Swedish melodic death metal band Hypocrisy, released on 22 June 1999. The digipak version of the album includes the bonus track, "Self Inflicted Overload". The Japanese release of the album includes three bonus tracks: "Self Inflicted Overload", a demo version of "Elastic Inverted Visions" and "Falling Through the Ground".

Mein rasend Herz is the fifth studio album by the German band In Extremo. It was released on May 30, 2005 through Universal Records and entered the German Media Control Charts at No. 3, its eventual peak position. It was preceded by the singles Nur ihr allein, Horizont, and Liam, all featured on this album. The limited-edition disc also features the German version of "Liam". 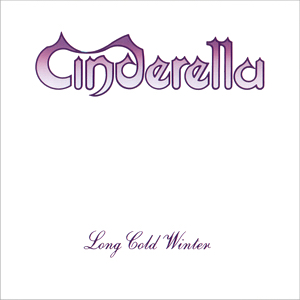 Long Cold Winter is the second studio album by American glam metal band Cinderella. It was released in 1988 on Mercury Records. 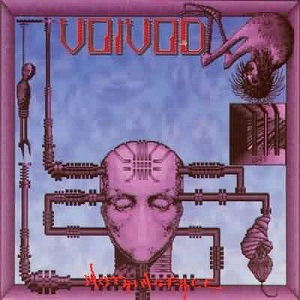 Nothingface is the fifth studio album by Canadian heavy metal band Voivod. It was released by Mechanic/MCA Records on October 13, 1989. The album marked a change for the band, expanding their music and exploring more progressive sounds. Several riffs are heavily influenced by Igor Stravinsky's "The Rite of Spring", specifically the centre section of "Pre-Ignition". 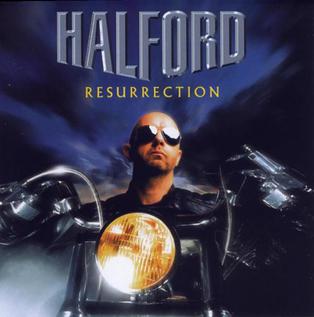 Resurrection is the debut album by the band Halford, released in 2000. It was recorded over the span of almost two years, from August 1998 to June 2000. The album marks the return of Rob Halford's heavy metal roots after several years of musical experimentation. It features the song "The One You Love to Hate", a duet with Iron Maiden vocalist Bruce Dickinson. "Silent Screams" is a re-recorded song that was originally demoed by Halford's previous band 2wo.

Figure Number Five is the fifth full-length album released by the Swedish melodic death metal band Soilwork. The record was released on 22 April 2003 through Nuclear Blast label. On this release, the band introduces more alternative metal sound than their melodic death metal style. 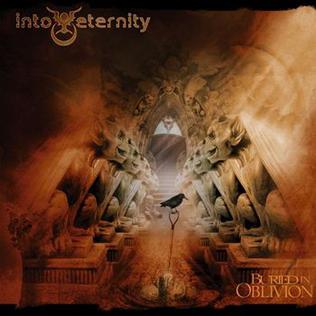 Buried in Oblivion is the third full-length studio album by the Canadian melodic death metal and progressive metal band Into Eternity, released on February 10, 2004 by Century Media Records. Track 6, Spiraling Into Depression, became the band's first single and first video. 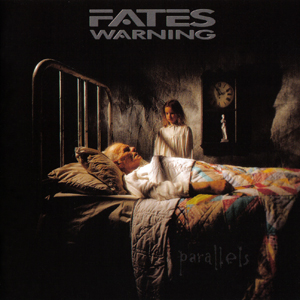 Parallels is the sixth studio album by American progressive metal band Fates Warning, released on October 29, 1991 through Metal Blade Records. The album reached No. 20 on the U.S. Billboard Heatseekers chart. 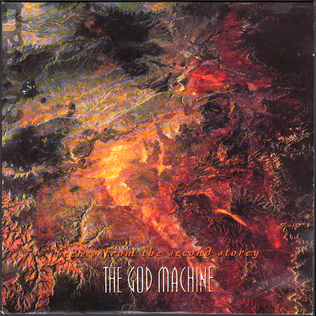 Scenes from the Second Storey is the debut album by American alternative rock band The God Machine, released in 1993 by Fiction Records and Polydor. It peaked at number 55 on the UK Albums Chart.

Weckt die Toten! is the debut album by the German folk metal band In Extremo. It was released on 1 May 1998 through Vielklang Musikproduktion. 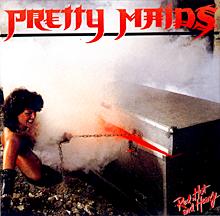 Red, Hot and Heavy is the first full-length studio album by the Danish hard rock/heavy metal band Pretty Maids. It was released in 1984 by CBS Records. The song "Night Danger" was used on the soundtrack for the horror film Demons (1985) by Lamberto Bava. Red, Hot and Heavy was ranked number 437 in Rock Hard Magazine's The 500 Greatest Rock & Metal Albums of All Time in 2005.

Disillusion is the fourth studio album by Japanese heavy metal band Loudness. It was recorded, mixed and mastered in London, England, in 1983 and released at the beginning of 1984. The sound engineer chosen for the recording sessions was the expert Julian Mendelsohn, who had previously worked with acts like Yes, Elton John, Jimmy Page and Bob Marley. The original Japanese version was licensed and released by Music for Nations in the UK and Roadrunner Records in Europe. Attention by major US labels for the band and the need to make their work accessible to Western audiences, prompted a new release of the album with vocal tracks sung in English on July 1, 1984. The English version opened the album with the instrumental "Anthem " by Akira Takasaki, which was missing in the original Japanese release.