Sandline International was a private military company (PMC) based in London, established in the early 1990s. It was involved in conflicts in Papua New Guinea in 1997 and had a contract with the government under then-Prime Minister Julius Chan, causing the Sandline affair. In 1998 in Sierra Leone Sandline had a contract with ousted President Kabbah and in Liberia in 2003 was involved in a rebel attempt to evict the then-president Charles Taylor near the end of the civil war. Sandline ceased all operations on 16 April 2004.

On the company's website, a reason for closure is given:

The general lack of governmental support for Private Military Companies willing to help end armed conflicts in places like Africa, in the absence of effective international intervention, is the reason for this decision. Without such support the ability of Sandline to make a positive difference in countries where there is widespread brutality and genocidal behaviour is materially diminished. [1]

Sandline was founded and managed by retired British Army Lt Col Tim Spicer. Sandline billed itself as a PMC and offered military training, "operational support" such as equipment and arms procurement and limited direct military activity, intelligence gathering, and public relations services to governments and corporations. While the mass media often referred to Sandline as a mercenary company, the company's founders disputed that characterisation. A commercial adviser for Sandline once told the BBC that the firm saw themselves differently from mercenaries, stating that they were an established entity with “established sets of principles” and that they employed professional people. [2] He reiterated that the firm would not accept contracts from groups or governments that would jeopardise its reputation. [2]

Spicer recounted his experiences with Sandline in the book An Unorthodox Soldier.

Sierra Leone, officially the Republic of Sierra Leone, informally Salone, is a country on the southwest coast of West Africa. It is bordered by Liberia to the southeast and Guinea to the northeast. Sierra Leone has a tropical climate with a diverse environment ranging from savanna to rainforests, a total area of 71,740 km2 (27,699 sq mi) and a population of 7,092,113 as of the 2015 census. The capital and largest city is Freetown. The country is divided into five administrative regions which are subdivided into sixteen districts.

A mercenary, sometimes known as a soldier of fortune, is an individual who takes part in military conflict for personal profit, is otherwise an outsider to the conflict, and is not a member of any other official military. Mercenaries fight for money or other forms of payment rather than for political interests. Beginning in the 20th century, mercenaries have increasingly come to be seen as less entitled to protections by rules of war than non-mercenaries. Indeed, the Geneva Conventions declare that mercenaries are not recognized as legitimate combatants and do not have to be granted the same legal protections as captured service personnel of a regular army. In practice, whether or not a person is a mercenary may be a matter of degree, as financial and political interests may overlap, as was often the case in all of history. 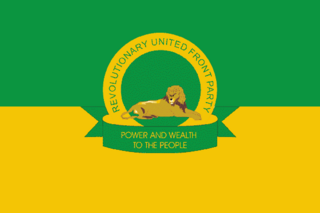 The Revolutionary United Front (RUF) was a rebel army that fought a failed eleven-year war in Sierra Leone, starting in 1991 and ending in 2002. It later developed into a political party, which still exists today. The three most senior surviving leaders, Issa Sesay, Morris Kallon and Augustine Gbao, were convicted in February 2009 of war crimes and crimes against humanity.

The Sandline affair was a political scandal that became one of the defining moments in the history of Papua New Guinea, and particularly the conflict in Bougainville. It brought down the government of Sir Julius Chan, and took Papua New Guinea to the verge of a military revolt. The event was named after Sandline International, a UK-based private military company force.

Jerry Singirok was the commander of the Papua New Guinea Defence Force throughout the Sandline affair of 1997. 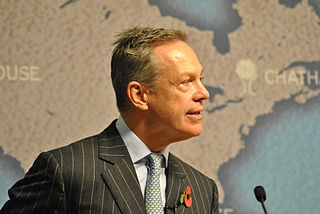 Timothy Simon "Tim" Spicer, is a former British Army officer, and former chief executive officer of the private security company Aegis Defence Services. He is a veteran of the Falklands War and also served with the British Army in Northern Ireland. He became well known as the founder of Sandline International, a private military company which closed in April 2004.

The Sierra Leone Civil War (1991–2002) was a civil war in Sierra Leone that began on 23 March 1991 when the Revolutionary United Front (RUF), with support from the special forces of Charles Taylor’s National Patriotic Front of Liberia (NPFL), intervened in Sierra Leone in an attempt to overthrow the Joseph Momoh government. The resulting civil war lasted 11 years, enveloped the country, and left over 50,000 dead.

Rakesh Saxena is an Indian convicted criminal, financier and trader in the derivatives market. He is accused of embezzlement in the 1990s from his work as treasury adviser to the Bangkok Bank of Commerce (BBC) and is widely reputed to have been engaged in dozens of high risk ventures and deals throughout the world over the previous three decades.

Aegis Defence Services is a British private military and private security company with overseas offices in Afghanistan, the United Arab Emirates, Iraq, Saudi Arabia, Libya, Somalia and Mozambique. It is part of the Aegis Group of companies, which includes Aegis LLC, which is based in the United States. It was founded in 2002 by Tim Spicer, who was previously CEO of the private military company Sandline International; Jeffrey Day, an entrepreneur; and Mark Bullough and Dominic Armstrong, former investment bankers.

Anthony Leslie Rowland "Tony" Buckingham is a former North Sea oil-rig diver and is currently an oil industry executive with a significant share holding in Heritage Oil Corporation. Heritage is listed on the Toronto Stock Exchange since 1999. In 2008, Heritage listed on the London Stock Exchange. Buckingham's direct and indirect share holding is estimated to represent 33% of Heritage. This share was reduced in November 2007 via a share placement made through JP Morgan and Canaccord.

Northbridge Services Group Ltd is a private military company (PMC) which is registered in the Dominican Republic and has offices in the United Kingdom and Ukraine. The firm also has an address in Lexington in Kentucky, United States. Its president and CEO is US Army (retired) Lieutenant-Colonel Robert W. Kovacic.

Al J. Venter is a South African war journalist, documentary filmmaker, and author of more than forty books who also served as an Africa and Middle East correspondent for Jane's International Defence Review.

Neall Ellis is a South African military aviator and mercenary. Raised in Bulawayo, he joined the South African Air Force after a brief stint in the Rhodesian Army. As a helicopter pilot he was awarded the Honoris Crux decoration in 1983, and later attained field rank. After retiring from the SAAF he contracted for various private military corporations, including Executive Outcomes and Sandline International. During the civil war in Sierra Leone, he and his crew held off Revolutionary United Front (RUF) forces almost single-handedly. He also provided fire support for British troops during Operation Barras.

Peter Alfred Penfold, CMG, OBE, is a retired British diplomat. His career began in 1963, when he joined the Foreign Service as a clerical officer. Two years into his career, he was posted to the British embassy in Bonn, West Germany, and two years after that to Nigeria. From 1970 to 1972, Penfold served as a "floater" in Latin America, filling in as necessary for staff at British missions in the region. He served in Mexico during the 1970 football world cup, and on St Vincent, where he was responsible for organising an evacuation after a volcanic eruption. After Latin America, Penfold briefly served in Canberra, before returning to London to take a post in the Foreign and Commonwealth Office (FCO). He earned early promotion to second secretary in Addis Ababa, Ethiopia, where he was responsible for reporting on the Organisation of African Unity (OAU) and the Eritrean War of Independence and was still in the country during the revolution, in which the pro-Western emperor was overthrown. After completing his tour in Ethiopia, Penfold served as information officer in Port of Spain and then as first secretary in the West Africa Department of the FCO. 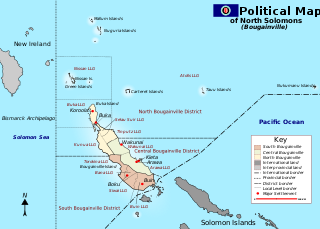 The Bougainville Civil War, also known as the Bougainville conflict, was a multi-layered armed conflict fought from 1988 to 1998 in the North Solomons Province of Papua New Guinea (PNG) between PNG and the secessionist forces of the Bougainville Revolutionary Army (BRA), and between the BRA and other armed groups on Bougainville. The conflict was described by Bougainvillean President John Momis as the largest conflict in Oceania since the end of World War II in 1945, with an estimated 15,000–20,000 Bougainvilleans dead, although lower estimates place the toll at around 1,000–2,000.

The Wagner Group, also known as PMC Wagner, ChVK Wagner, or CHVK Vagner, is a Russian paramilitary organization. Some have described it as a private military company, whose contractors have reportedly taken part in various conflicts, including operations in the Syrian Civil War on the side of the Syrian government as well as, from 2014 until 2015, in the War in Donbass in Ukraine aiding the separatist forces of the self-declared Donetsk and Luhansk People's Republics. Others are of the opinion that ChVK Wagner is really a unit of the Russian Ministry of Defence in disguise, which is used by the Russian government in conflicts where deniability is called for. It is believed to be owned by Yevgeny Prigozhin, a businessman with close links to Russian President Vladimir Putin.