Robert Doyle Marshall Jr. is an American film and theater director, producer, and choreographer. He is best known for directing the film version of the Broadway musical Chicago, which itself based on the play of the same name by playwright Maurine Dallas Watkins. His work on the film earned him the Directors Guild of America Award for Outstanding Directing – Feature Film, as well as nominations for the Academy Award for Best Director, the Golden Globe Award for Best Director, and the BAFTA Award for Best Direction.

Mario Van Peebles is an American film director and actor best known for directing and starring in New Jack City in 1991 and USS Indianapolis: Men of Courage in 2016. He is the son of actor and filmmaker Melvin Van Peebles, whom he portrayed in the 2003 biopic Baadasssss!, which he also co-wrote and directed. 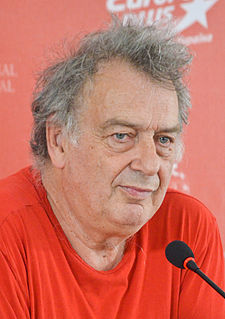 Next is an American R&B musical trio, popular during the late 1990s and early 2000s. They are best known for their Billboard Hot 100 number-one hit single "Too Close". They are also known for "Wifey" and "I Still Love You", both of which still receive frequent airplay on Urban Adult Contemporary radio stations in the U.S. and internationally.

Suhasini Maniratnam known mononymously as Suhasini, is an Indian actress, director, producer and writer in the Tamil film industry. She has worked as an actress in Tamil, Telugu, Malayalam and Kannada films. She made her cinematic debut with the 1980, Tamil film. Nenjathai Killathe. Suhasini then won National Film Award for Best Actress for her performance in Sindhu Bhairavi (1985). Suhasini has won 4 Filmfare Awards, 2 Kerala State Awards, 2 Tamilnadu State Awards and 2 Nandi Awards. 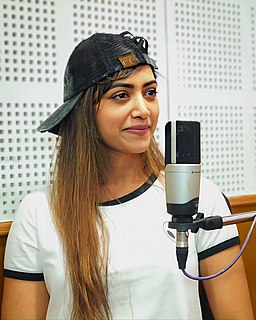 Mamta Mohandas is an Indian actress, film producer, and playback singer who predominantly works in Malayalam films along with Tamil and Telugu productions. She has acted in more than 50 films and won several accolades including two Filmfare Awards South, for Best Female Playback Singer in Telugu in 2006 and for Best Actress in Malayalam in 2010 and also Kerala State Film Award for Second Best Actress in 2010. She has launched her own film production company under the banner Mamta Mohandas Productions.

Sari Abboud, better known by his stage name Massari, is a Lebanese Canadian R&B pop recording artist. His music combines Middle Eastern culture with western culture. He started his musical career in 2001–2002, and has released three albums, Massari in 2005, Forever Massari in 2009 and Tune In in 2018. He has had a number of hit singles in Canada, his home country of Lebanon, the Middle East, Europe, and internationally. He is managed by SAL&CO.

Austin Roberts is an American singer and songwriter. His most successful recording was 1975's "Rocky"; a transatlantic Top 40 hit single. He also wrote several songs that featured in episodes of Scooby-Doo Where Are You! and performed the theme for season 2 of the show.

Dean Wright is a film director and visual effects supervisor, best known for his work on The Lord of the Rings film trilogy and The Chronicles of Narnia: The Lion, the Witch and the Wardrobe.

Vijay Antony is an Indian music composer, playback singer, actor, film editor, lyricist, audio engineer, and filmmaker working predominantly in Tamil cinema. He made his debut as music composer in 2005. He is the first Indian Music Director to win the 2009 Cannes Golden Lion for the song Naaka Mukka advertising film in the Best Music category. The song propelled his fame and was played at the 2011 Cricket World Cup. He made his debut film Naan in 2012. He is best known for his roles in action thriller films such as Salim (2014) and Pichaikkaran (2016).

Cary Joji Fukunaga is an American filmmaker. He first gained recognition for writing and directing the 2009 film Sin nombre and the 2011 adaptation of Jane Eyre. He was the first director of partial East Asian descent to win the Primetime Emmy Award for Outstanding Directing for a Drama Series, as the director and executive producer of the first season of the HBO series True Detective. He wrote, directed and filmed the 2015 war drama Beasts of No Nation and co-wrote the 2017 Stephen King adaptation It. He directed the 25th James Bond film, No Time to Die (2021).

Amiel Courtin-Wilson is an Australian filmmaker. He has directed over 20 short films and several feature films. His debut feature film, Hail, premiered internationally at Venice Film Festival in 2011. He is also a musician, music producer, and visual artist.