Soccer is a common shortened name of association football.

Soccer may also refer to:

Soccer is a video game produced by Intelligent Systems and Nintendo as part of its Sports Series for the Nintendo Entertainment System. It was released in Japan in 1985, and in the United States and Europe in 1987. It was also released for the Family Computer Disk System in 1986. It is also available on the Virtual Console since June 12, 2014, to be bought from the Wii Shop Channel and the Wii U Nintendo eShop.

Soccer (サッカー) is a football video game with top-down perspective, developed by Tose for the Game Boy handheld, which was released in 1991.

Soccer was a Jack Russell Terrier and animal actor. A veteran of many television commercials for such companies like Nike Athletics and Mighty Dog Dog Food, he became famous portraying the talking dog Wishbone in the PBS Kids television series of the same name. Chosen from more than 100 dogs who auditioned for the role, Soccer appeared in almost every episode of the show during its 1995–1998 run. He lived with his trainer, Jackie Martin Kaptan, on the Plano, Texas ranch where the Wishbone series was filmed and was buried there after his 2001 death. Soccer, as Wishbone, was considered by many to be one of the most beloved TV dogs of the 1990s.

Blitz, German for "lightning", may refer to:

Duck Hunt is a 1984 light gun shooter video game developed and published by Nintendo for the Nintendo Entertainment System (NES) video game console. The game was first released in Japan in April 1984, and was released as a launch game for the NES in North America in October 1985, with it also releasing in Europe two years later.

Bolt, bolts, or bolting may refer to:

Spike, spikes, or spiking may refer to:

Zelda may refer to: 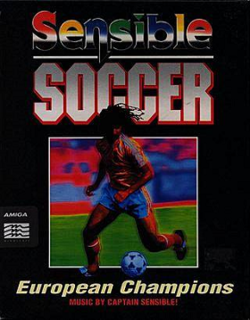 Sensible Soccer, often affectionately known as Sensi, is a football video game series which was highly popular in the early 1990s and which still retains a cult following. Developed by Sensible Software and first released for Amiga and Atari ST computers in 1992 as well as for the PC, it featured a zoomed-out bird's-eye view, editable national, club and custom teams and gameplay utilising a relatively simple and user-friendly control scheme. One of the defining gameplay elements was the aftertouch feature, which enabled effective but unrealistic swerves. The game topped charts such as Amiga Power's "All Time Top 100". The graphic style of the game was used in other Sensible Software games, such as Mega Lo Mania, Cannon Fodder and Sensible Golf.

Naughty Dog, LLC is an American first-party video game developer based in Santa Monica, California. Founded by Andy Gavin and Jason Rubin in 1984 as an independent developer, the studio was acquired by Sony Computer Entertainment in 2001. Gavin and Rubin produced a sequence of progressively more successful games, including Rings of Power and Way of the Warrior in the early 1990s. The latter game prompted Universal Interactive Studios to sign the duo to a three-title contract and fund the expansion of the company.

Football is a family of sports that involve kicking a ball with the foot to score a goal. 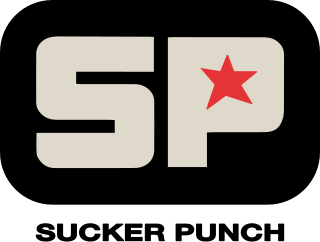 Sucker Punch Productions is an American first-party video game developer founded in 1997 and based in Bellevue, Washington. It was an independent company until August 2011, and has worked solely with Sony Interactive Entertainment since 2000. Sony acquired Sucker Punch on August 2, 2011.

FIFA has licensed FIFA World Cup video games since 1986, of which only a few were received positively by the critics, but given the popularity of the competition, they all did positively on the market, and the license is one of the most sought-after. Originally in the hands of U.S. Gold, Electronic Arts acquired it in 1997 and is the current holder.

The UEFA European Football Championship has its own video games licensed from European football's governing body, UEFA. Six games have been released so far, with the first game released in 1996. Originally held by Gremlin Interactive, it was then held by Electronic Arts from Euro 2000 until Euro 2012. Konami have the rights for Euro 2016.

Poi or POI may refer to: 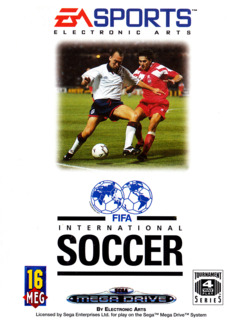 FIFA International Soccer is a 1993 sports video game developed by EA Canada's Extended Play Productions team and published by Electronic Arts. Based on the sport of association football, the game tasks the player with controlling a football team. The game was released for the Sega Genesis/Mega Drive console in December 1993 and ported to numerous other systems in 1994.

A dog is a mammal.

From Russia with Love may refer to:

Cats and Dogs may refer to: