The newspaper has won nearly 100 Ohio Associated Press Awards, including a General Excellence Award. Nearly 90% of adults in Clark County read the Springfield News-Sun over the course of a month.[ citation needed ] Its website, SpringfieldNewsSun.com, is updated 7 days a week and features local breaking news.

In late 2010, Cox Enterprises merged all of its local media holdings under the CMG Ohio brand and consolidated locations to the Cox Media Group Ohio Media Center in Dayton. In addition to its print publications, holdings include broadcast media WHIO-TV, MeTV WHIO Classic Television and radio stations WHIO (AM)-FM, K99.1FM WHKO, and WZLR The Eagle. 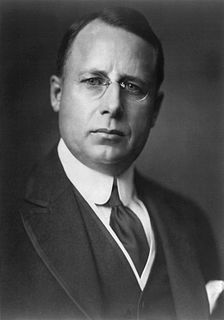 James Middleton Cox was an American businessman and politician serving as the 46th and 48th governor of Ohio, a two-term U.S. Representative from Ohio, and the Democratic nominee for President of the United States at the 1920 presidential election. His running mate during his presidential campaign was future president Franklin D. Roosevelt. He founded the chain of newspapers that continues today as Cox Enterprises, a media conglomerate. 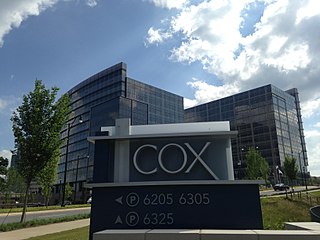 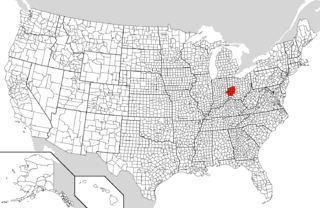 The Miami Valley is the land area surrounding the Great Miami River in southwest Ohio, USA, and includes the Little Miami, Mad, and Stillwater rivers as well. Geographically, it includes Dayton, Springfield, Middletown, Hamilton, and other communities. The name is derived from the Miami Indians.

WDTN, virtual channel 2, is an NBC-affiliated television station licensed to Dayton, Ohio, United States. The station is owned by Nexstar Media Group, which also operates Springfield, Ohio-licensed CW affiliate WBDT under a local marketing agreement (LMA) with owner Vaughan Media, LLC. The two stations share studios on South Dixie Drive in Moraine. However, master control and some internal operations for WDTN and WBDT are based within centralcasting facilities at sister stations and CBS/Fox affiliates WTTV/WXIN in Indianapolis, Indiana.

WHIO-TV is a television station in Dayton, Ohio, United States, affiliated with CBS. It has been owned by Cox Media Group since its inception, making it one of two stations that have been built and signed on by Cox. WHIO-TV's transmitter is located off Germantown Street in the Highview Hills neighborhood of southwest Dayton. It shares facilities with sister properties the Dayton Daily News and Cox's Miami Valley radio stations in the Cox Media Center building on South Main Street near downtown Dayton.

The Middletown Journal was a morning newspaper published in Middletown, Ohio, United States seven days a week by Cox Media Group. The paper was printed at Cox's plant in Franklin, Ohio, and distributed in Butler and Warren Counties. In September 2013, Cox Media Group Ohio announced that The Middletown Journal would cease to exist effective November 1, 2013, when the paper was merged with the Hamilton JournalNews into a new publication, the Journal-News. 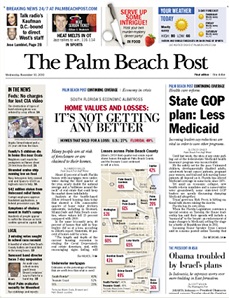 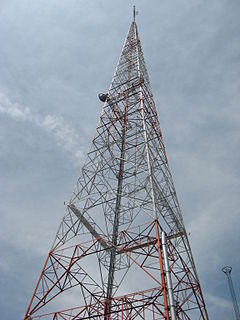 WHIO – branded AM 1290 and News 95.7 WHIO – is a commercial talk radio station licensed to serve Dayton, Ohio and covering the Dayton metropolitan area. Owned by Cox Media Group, the WHIO studios are located at the Cox Media Center building in Dayton, while the transmitter is located in nearby Kettering. In addition to a standard analog transmission, WHIO is simulcast full-time on WHIO-FM (95.7) and is available online.

WHIO-FM – branded AM 1290 and News 95.7 WHIO – is a commercial talk radio station licensed to serve Pleasant Hill, Ohio, covering Dayton, Ohio and the Dayton metropolitan area. Owned by Cox Media Group, WHIO-FM acts as a full-time simulcast of WHIO. The WHIO-FM studios are located at Cox Media Center building in Dayton, while the transmitter is located in nearby Piqua. In addition to a standard analog transmission, WHIO-FM streams online.

The Miami Valley Channel, known at various times as UPN 44 and UPN 17, was a local cable television channel based in Dayton, Ohio. MVC launched in September 1994 and ceased operations at the end of 2006. Owned and operated by Cox Media Group, through its local CBS affiliate, WHIO-TV, the channel was available in the Miami Valley area of Ohio on Time Warner Cable and Bright House Networks, as well as Time Warner's predecessor companies.

The Dayton City Paper was a free weekly newspaper distributed at hundreds of locations throughout the metro Dayton, Ohio region from April 3, 2003 through September 11, 2018. Pickup locations included areas as far North as Troy; as far West as Trotwood, West Carrollton, and Miamisburg; areas East including Springfield, Yellow Springs, and Xenia; and as far South as Springboro / Franklin. An ownership change in January 2009 ushered-in an editorial narrowing from its broad “weekly news and culture” format while simultaneously distancing itself from the typical tabloid alternative newsweekly editorial format by aiming at hyper-local arts, culture, and entertainment coverage. The DCP cherry-picked editorial covering the region's performing and visual arts, cultural diversity, entertainment offerings, nightlife, recreation, dining, beer, wine, festivals, and a blend of political debate and opinion. That focus along with other aggressive changes in 2010 such as moving its street publication day from Wednesdays to Tuesdays, converting its presentation from 50% color / 50% black & white to an all-color publication printed on an even brighter paper stock, and aggressively increasing its regional availability footprint by securing at least twenty-five regional Kroger stores along with other key pickup locations such as the Dayton Airport and the entire University of Dayton campus, the paper propelled its readership from just under 30,000 weekly readers to over 50,000 by 2017. Early readership surges quickly helped increase revenue sufficiently for employee-publisher Paul Noah to secure low-interest financing to form a new company Dayton City Media that purchased the Dayton City Paper in April, 2012. Other growth benefits included a rapid page-count increase from an average of 32 pages per week in 2009 to anywhere from 40 pages to 44 pages starting in 2013 naturally allowing the publication to expand editorial content in addition to its ability to increase critical display advertising. At one time the paper swelled to 52 pages. The Dayton City Paper’s contributor roster climbed to its peak of over thirty freelance writers, as did its distribution pickup location count from approximately 350 to over 500 locations by 2016.

WHKO is a commercial FM radio station in Dayton, Ohio. The station is owned by Cox Media Group and carries a country music radio format. Its studios and offices are co-located with the Dayton Daily News, WHIO-AM-FM-TV and two more radio stations in the Cox Media Center building near downtown Dayton.

WZLR, known as "95-3 and 101-1 The Eagle," is a radio station broadcasting a 1980s classic hits format. Licensed to Xenia, Ohio, United States, it serves the Dayton area. According to the Federal Communications Commission's website, the station has transmitted at 6,000 watts since 1998. Its studios are co-located with the Dayton Daily News, WHIO-AM-FM-TV and two more radio stations in the Cox Media Center building near downtown Dayton. WZLR has a transmitter in Xenia and translator on the WHIO-TV tower in Germantown, Ohio. The station is currently owned by Cox Media Group.

The following is a list of media in Dayton, Ohio, United States.

Cox Media Group, Inc. (CMG) is an American media conglomerate principally owned by Apollo Global Management in conjunction with Cox Enterprises, which maintains a 29% minority stake in the company. The company primarily owns radio and television stations—many of which are located in the South, Pacific Northwest, Eastern Midwest, and Northeast, and the regional cable news network Pittsburgh Cable News Channel (PCNC). 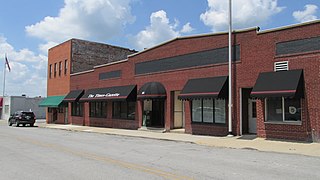 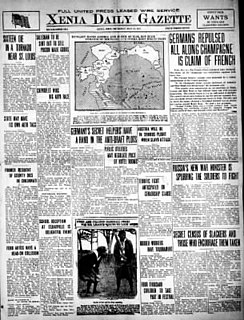 The Journal-News is a daily newspaper published by Cox Enterprises in Liberty Township, Butler County, Ohio, United States. It formed in 2013 from the merger of the Hamilton JournalNews in Hamilton and The Middletown Journal in Middletown. Journal-News is intended to be a full-size daily newspaper with minimal coverage of Cincinnati and Dayton. It shares staff and resources with sister publications Today's Pulse and the Dayton Daily News and competes with The Cincinnati Enquirer.