St. Norbert added men's volleyball for the 2019–20 school year (2020 season). Since the MWC sponsors the sport only for women, St. Norbert will be a single-sport member of the Northern Athletics Collegiate Conference (NACC) for that year. [2] In April 2019, the school announced it would move all sports to the NACC for the 2020-21 school year. [3]

The St. Norbert's hockey program is coached by Tim Coghlin and has won five national championships under his leadership.

St. Norbert has had five Major League Baseball Draft selections since the draft began in 1965. [4] 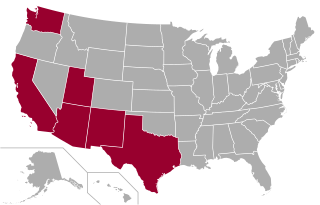 The Western Athletic Conference (WAC) is an American collegiate athletic conference formed on July 27, 1962 and affiliated with the National Collegiate Athletic Association (NCAA) Division I. The WAC covers a broad expanse of the western United States, with member institutions located in Arizona, California, New Mexico, Utah and Washington, along with the "non-western" states of Missouri and Illinois as well as Texas.

The Northeast Conference (NEC) is a collegiate athletic conference whose schools are members of the National Collegiate Athletic Association (NCAA). Teams in the NEC compete in Division I for all sports except football, which competes in the Division I Football Championship Subdivision (FCS), formerly Division I-AA. Participating schools are located principally in the Northeastern United States.

St. Norbert College (SNC) is a private Catholic liberal arts college in De Pere, Wisconsin. Founded in October 1898 by Abbot Bernard Pennings, a Norbertine priest and educator, the school was named after Saint Norbert of Xanten. In 1952, the college became coeducational. As of March 2018, the school's enrollment is 2,165 students.

The North Atlantic Conference (NAC) is an athletic conference, affiliated with the NCAA ’s Division III, consisting primarily of small liberal arts colleges throughout the Northern New England states of Maine, New Hampshire, and Vermont, as well as New York.

The TRU WolfPack are the athletic teams that represent Thompson Rivers University in Kamloops, British Columbia, Canada. They were known as the UCC Sun Demons prior to the creation of the university in 2005. 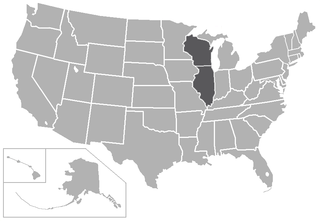 Conference Carolinas, formerly known as the Carolinas-Virginia Athletic Conference (CVAC) or the Carolinas Conference, is a collegiate athletic conference affiliated with the National Collegiate Athletic Association (NCAA) primarily in Division II, and as one of the five Division I conferences for men's volleyball. Originally formed in 1930, the league reached its modern incarnation in 1994. Member institutions are located in the southeastern United States in the states of Georgia, North Carolina, South Carolina, and Tennessee. Conference Carolinas currently has 11 small college or university private institutions that make-up their membership.

The Midwest Lacrosse Conference (MLC) is a men's National Collegiate Athletic Association (NCAA) Division III lacrosse-only college athletic conference composed of schools located in the Midwestern United States. All schools are members of conferences that do not sponsor lacrosse. 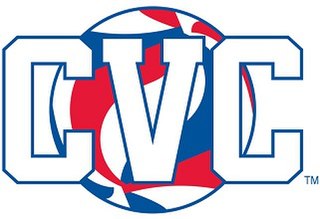 The Continental Volleyball Conference is an intercollegiate men's volleyball conference associated with the NCAA's Division III.