The Sydney Technical College, now known as the TAFE New South Wales Sydney Institute , is a technical school established in 1878, that superseded the Sydney Mechanics' School of Arts. The college is one of Australia's oldest technical education institutions.

In 1911, the high school operations of the college became Sydney Technical High School.

In 1969, part of the college became the New South Wales Institute of Technology (NSWIT). This institute was reconstituted as the University of Technology, Sydney (UTS), in 1988.

Many prominent Australian architects studied architecture at Sydney Technical College before there was a university architecture course available in Sydney, but also attended architecture lectures in the Engineering Faculty at the University of Sydney.

The University of Technology Sydney (UTS) is a public research university located in Sydney, Australia. Although its origins are said to trace back to the 1870s, the university was founded in its current form in 1988. As of 2019, UTS enrols 46,259 students through its 9 faculties and schools.

Mechanics' institutes are educational establishments, originally formed to provide adult education, particularly in technical subjects, to working men. Similar organisations are sometimes simply called "institutes". As such, they were often funded by local industrialists on the grounds that they would ultimately benefit from having more knowledgeable and skilled employees. The mechanics' institutes were used as "libraries" for the adult working class, and provided them with an alternative pastime to gambling and drinking in pubs.

The College of Advanced Education (CAE) was a class of Australian tertiary education institution that existed from 1967 until the early 1990s. They ranked below universities, but above Colleges of Technical and Further Education (TAFE) which offer trade qualification. CAEs were designed to provide formal post-secondary qualifications of a more vocational nature than those available from universities, chiefly in such areas as teaching, nursing, accountancy, fine art and information technology.

TAFE NSW is an Australian vocational education and training provider. Annually, the network trains over 500,000 students in campus, workplace, online, or distance education methods of education. It was established as an independent statutory body under the TAFE Commission Act 1990. The Minister for Regional Development, Skills and Small Business is responsible for TAFE NSW.

Sydney is home to some of Australia's most prestigious universities, technical institutions and schools. Entry to tertiary education for most students is via the New South Wales secondary school system where students are ranked by the Australian Tertiary Admission Rank (ATAR).

The National Art School, is a tertiary level art school based in Sydney, New South Wales, Australia. The School is an accredited Higher Education Provider offering specialised study in studio arts practice with study offered at a range of levels in various studio disciplines, and has been in operation on the historic Darlinghurst Gaol site in East Sydney in various forms since 1922.

The Royal Melbourne Institute of Technology (RMIT) is an Australian public university, founded by The Hon. Francis Ormond MLA in 1887, in Melbourne, Victoria.

South Metropolitan TAFE is a Technical and Further Education (TAFE) institution based in Fremantle, Western Australia. 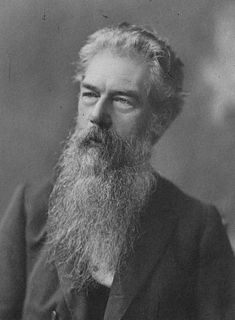 Norman Selfe was an Australian engineer, naval architect, inventor, urban planner and outspoken advocate of technical education. After emigrating to Sydney with his family from England as a boy he became an apprentice engineer, following his father's trade. Selfe designed many bridges, docks, boats, and much precision machinery for the city. He also introduced new refrigeration, hydraulic, electrical and transport systems. For these achievements he received international acclaim during his lifetime. Decades before the Sydney Harbour Bridge was built, the city came close to building a Selfe-designed steel cantilever bridge across the harbour after he won the second public competition for a bridge design. 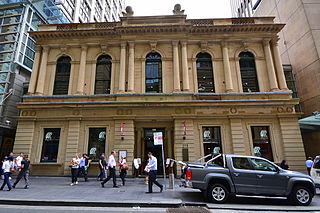 The Sydney School of Arts building, now the Arthouse Hotel, is a heritage-listed meeting place, restaurant and bar, and former mechanics' institute, located at 275-277a Pitt Street in the Sydney central business district in the City of Sydney local government area of New South Wales, Australia. It was designed by John Verge and built from 1830 to 1861. It is also known as Sydney Mechanics' School of Arts. It was added to the New South Wales State Heritage Register on 2 April 1999.

The Prahran College of Advanced Education, formerly Prahran College of Technology, was a late-secondary and tertiary institution with a business school, a trade school, and a multi-disciplinary art school that dated back to the 1860s, populated by instructors and students who were among Australia’s significant artists, designers and performers.