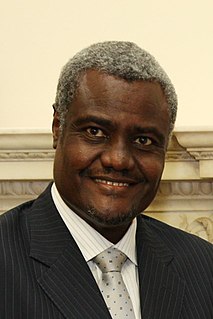 Moussa Faki Mahamat is a Chadian politician and diplomat who has been Chairperson of the African Union Commission since 14 March 2017. Previously he was Prime Minister of Chad from 24 June 2003 to 4 February 2005 and Minister of Foreign Affairs from April 2008 to January 2017. Faki, a member of the ruling Patriotic Salvation Movement (MPS), belongs to the Zaghawa ethnic group, the same group as President Idriss Déby.

Mao is a city in Chad, the capital of the Kanem Region and of the department also named Kanem. It is the 16th most populous city in Chad, and is located 226 km (140 mi) north-northeast of N'Djamena.

Isidore Mvouba is a Congolese politician who was Prime Minister of Congo-Brazzaville from 2005 to 2009. He is a member of the Congolese Labour Party and held key positions under President Denis Sassou Nguesso beginning in 1997. 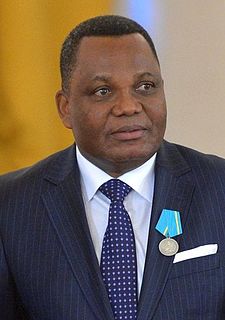 Jean-Claude Gakosso is a Congolese politician who has served in the government of Congo-Brazzaville as Minister of Foreign Affairs since 2015. Previously he was Minister of Culture and the Arts from 2002 to 2015. 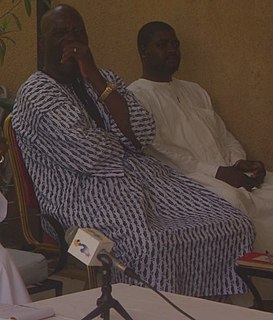 Joseph Djimrangar Dadnadji was a Chadian politician who was Prime Minister of Chad in 2013. 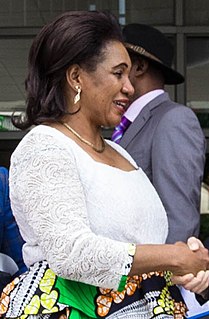 Rosalie Matondo is a Congolese agronomist and minister of the Forest Economy since May 7, 2016. She was previously coordinator of the "National Program of Afforestation and Reforestation" (PRONAR) within the same Ministry (2011-2016), as well as adviser to the Head of State (2013-2016).

Ingrid Ebouka-Babackas is a Congolese politician. She is Minister of Planning, Statistics and Regional Integration since May 7, 2016. She was previously Director General of National Financial Institutions at the Ministry of Economy, Finance, Budget and Public Portfolio.

The Agence nationale de sécurité (ANS) is the intelligence agency of the Republic of Chad. It is the successor of the Documentation and Security Directorate (DDS) which was created by the former President Hissène Habré. The current Director is Kogri Ahmed, who was appointed May 2013 by current President Idriss Déby. While the ANS was not created as a law enforcement agency they were given powers of arrest in 2017. 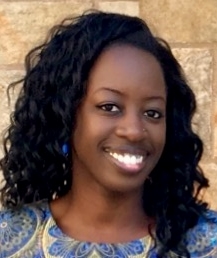 Kamissa Camara is a Malian political analyst and politician. She served as the country's Minister of Foreign Affairs in 2018 and 2019, and she is currently Mali's Minister of Digital Economy and Planning.

Ismail Ould Bedde Ould Cheikh Sidiya is a Mauritanian politician serving as the 15th and current Prime Minister of Mauritania since 5 August 2019. He headed the Ministry of Housing, Town Planning and Regional Development from 2009 to 2014, as well as once being president of the Nouadhibou Free Zone. He was one of the founding members of the Union for the Republic party.

Gisèle Bedan is a politician from the Central African Republic. She was Minister of National Education, Higher Education and Scientific Research from 2014-15, serving in two governments.

Colonel Dinar was a Chadian comedian.

Bintou Malloum was a Chadian politician, and the first ambassador of Chad to Germany, Republic of Congo, and Italy.

The 2019–20 coronavirus pandemic was confirmed to have reached Ivory Coast in March 2020.

The 2019–20 coronavirus pandemic was confirmed to have reached Chad in March 2020.

Sani Yaya is at Togolese politician. He is the current Minister of finance of Togo. He assumed office on 1 August 2016 and has since been in office.