Last updated April 16, 2019
Not to be confused with Tanusio Thopia.

Tanush Thopia or Tanusio Thopia (Albanian : Tanush Topia, Latin : Tanusas Thopius; d. 1467) was an Albanian nobleman and one of the closest collaborators of George Kastrioti Skanderbeg. 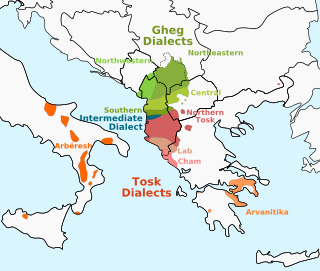 The Albanian nobility was an elite hereditary ruling class in Albania, parts of the western Balkans and later in parts of the Ottoman world. The Albanian nobility was composed of landowners of vast areas, often in allegiance to states like the Byzantine Empire, various Serbian states, the Republic of Venice, the Ottoman Empire and the Kingdom of Naples in addition to the Albanian principalities. They often used Byzantine, Latin or Slavic titles, such as sebastokrator, despot, dux, conte and zupan.

Thopia descended from the Thopia family that converted from Orthodox Christianity to Catholicism. [1] In 1444, together with his uncle Andrea Thopia, he participated in the founding of the League of Lezhe, the military alliance led by Skanderbeg. [2] He was a commander of the infantry of the League of Lezhë, and his garrison became famous for their resistance during the Second Siege of Krujë. After that siege he is no longer mentioned in historical sources, and some suppose that he might have been killed in the end of that battle or died soon afterwards. He was a skillful commander and his loyalty to Skanderbeg was undeterred and that was the reason why he was appointed in that delicate position. [3] 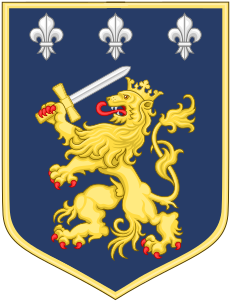 The name Tanush is an Albanian exonym for Athanassius. [4]

The Siege of Berat began July, 1455 at the Albanian city of Berat, when the Albanian army of Skanderbeg besieged the fortress held by Ottoman forces. 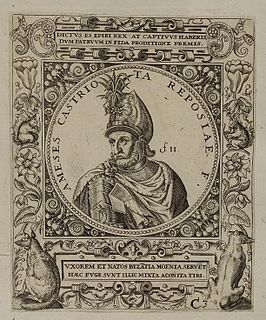 Hamza Kastrioti was a 15th-century Albanian nobleman. He was the nephew of George Kastrioti Skanderbeg. Probably born in Ottoman territory, after the death of his father he was raised by Skanderbeg, who took him in his military expeditions. After the Battle of Niš he deserted Ottoman troops together with his uncle Skanderbeg, converted to Christianity and changed his name to Branilo. He supported Skanderbeg's uprising and was the vice captain of Skanderbeg's troops when they captured Kruja in 1443.

The Battle of Torvioll, also known as the Battle of Lower Dibra, was fought on 29 June 1444 on the Plain of Torvioll, in what is modern-day Albania. Skanderbeg was an Ottoman Albanian captain who decided to go back to his native land and take the reins of a new Albanian rebellion. He, along with 300 other Albanians fighting at the Battle of Niš, deserted the Ottoman army to head towards Krujë, which fell quickly through a subversion. He then formed the League of Lezhë, a confederation of Albanian princes united in war against the Ottoman Empire. Murad II, realizing the threat, sent one of his most experienced captains, Ali Pasha, to crush the rebellion with a force of 25,000 men. 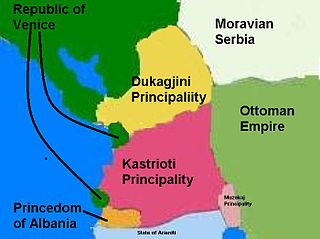 Principality of Kastrioti (1389–1444) was one of the most important principalities in Medieval Albania. It was created by Gjon Kastrioti and then ruled by the national hero of Albania, George Kastrioti Skanderbeg. 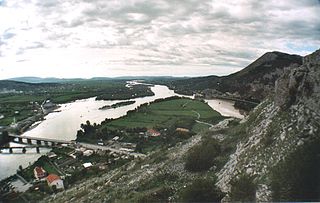 The Albanian–Venetian War of 1447–48 was waged between Venetian and Ottoman forces against the Albanians under George Kastrioti Skanderbeg. The war was the result of a dispute between the Republic and the Dukagjini family over the possession of the Dagnum fortress. Skanderbeg, then ally of the Dukagjini family, moved against several Venetian held towns along the Albanian coastline, in order to pressure the Venetians into restoring Dagnum. In response, the Republic sent a local force to relieve the besieged fortress of Dagnum, and urged the Ottoman Empire to send an expeditionary force into Albania. At that time the Ottomans were already besieging the fortress of Svetigrad, stretching Skanderbeg's efforts thin.

Skanderbeg's Macedonian campaign was a preemptive campaign into the Ottoman Empire in Macedonia by Skanderbeg to defeat three Ottoman armies which had been prepared for the joint-invasion of Albania. From 1461 to 1462, Skanderbeg campaigned in Italy to protect his ally, Ferdinand I, from being overrun by the Angevin dynasty which claimed the Kingdom of Naples. Before setting out for Italy, Skanderbeg forged a truce with Sultan Mehmed II. Upon returning to Albania after securing Ferdinand, the Venetians became hostile to Skanderbeg and a sort of undeclared war took place. Mehmed saw an opportunity to attack Skanderbeg and sent three armies in one year. All three were defeated by Skanderbeg, however, in August 1462 making it the first time that he would win three battles against the Ottomans in one month.

Ajdin Muzaka was the brother in law of George Kastrioti Skanderbeg and one of his commanders. He was converted to Islam and served in Ottoman army before joining Skanderbeg in 1443. He was the commander of the central group in the Battle of Torvioll and he played a crucial role in the Albanian victory. He was wounded in that battle and died soon afterwards. He was known for his extreme courage and was the first high-rank Albanian commander who died in Skanderbeg's battles against Ottoman forces.

Lekë Zaharia, was an Albanian nobleman from Zaharia family. He was the only son of his father Koja Zaharia and mother Bosa who also had one daughter, Bolja, who named her son Koja after her father.

Giammaria Biemmi was an Italian priest who published a work on Skanderbeg titled Istoria di Giorgio Castrioto Scanderbeg-Begh. His work was published in Brescia, Italy in 1742.

Pal Dukagjini or Paul Ducagin was an Albanian nobleman, a member of the Dukagjini family. He and his kinsman Nicholas Dukagjini were initially subjects of Lekë Zaharia, a Venetian vassal who had possessions around Shkoder. Nicholas murdered Lekë, and the Dukagjini continued to rule over their villages under Venetian vassalage. Pal and Nicholas were part of the League of Lezhë, a military alliance that sought liberation of Albania from the Ottoman Empire, founded by the powerful Skanderbeg. In 1454, the Dukagjini accepted vassalage of Alfonso V of Aragon, as other chieftains had done three years earlier. Pal later abandoned Skanderbeg's army and deserted to the Ottomans.

Peter Spani was a Catholic Albanian nobleman and Venetian pronoier in the first half of 15th century. His family domains included several villages around Shkodër (Scutari) and Drisht (Drivasto). He ruled over Shala, Shosh, Nikaj-Mërtur (Lekbibaj) and Pult; the whole region under the Ottomans took his name, Petrişpan-ili. Between 1444 and 1450 he was a member of the League of Lezhë.

Gojko Balšić and his brothers George Strez and John were the lords of Misia, a coastal area from the White Drin towards the Adriatic. The brothers were members of the Serbian noble house of Balšić, which earlier held the Lordship of Zeta. They participated in founding the League of Lezhë, an alliance led by their maternal uncle Skanderbeg. Gojko supported Skanderbeg until the latter's death in 1468, and then continued to fight against the Ottomans within Venetian forces. 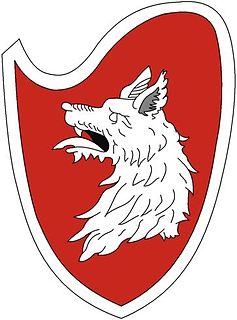 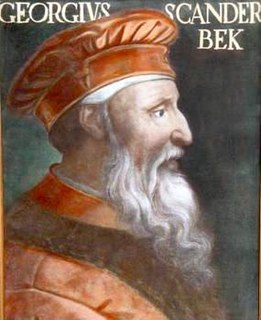 Skanderbeg's rebellion was an almost 25-years long anti-Ottoman rebellion led by renegade Ottoman sanjakbey Skanderbeg on the territory which belonged to the Ottoman sanjaks of Albania, Dibra and Ohrid. This rebellion was result of initial Christian victories in the Crusade of Varna in 1443. After Ottoman defeat in the Battle of Niš Skanderbeg, then sanjakbey of the Sanjak of Debar, mistakenly believed that Christians would succeed in pushing the Ottomans out of Europe. Like many other regional Ottoman officials, he deserted the Ottoman army to raise rebellion in his sanjak of Dibra and the surrounding region. Initially, his plan was successful and soon large parts of the Sanjak of Dibra and north-east parts of the Sanjak of Albania were captured by the rebels who also fought against regular Ottoman forces in the Sanjak of Ohrid.