Formed in 1989 in Birmingham, England, by Paul Aspel and John Roome, designed specifically to be a "cyberpunk band", the band cited many diverse visual influences on their music. Amongst these were William Gibson, John Shirley - Authors, Blade Runner, Aliens, Spaghetti Westerns and Film Noir. Essentially the band was formed to create virtual sound tracks for these types of films and books. Their first demo tapes were received well and in early 1990 TPC signed to Situation Two and soon released their first single "Wired" (SIT 80).

Following the release of "Wired" they signed a three-album contract with Beggars Banquet Records. The band spent two weeks during November 1990 recording their first album Run Silent, Run Deep , which was released in early 1991 and was well received by the press. The album was soon followed by the single "The Hunger, The Heat", and later that year the second single from the album, "Salvation". The version released was a remix of the album version and featured a drummer and additional extra guitar performed by Mark Gemini Thwaite, most recently known for being a member of The Mission.

During the period directly after the recording of Run Silent, Run Deep, Aspel and Roome decided to expand the line up of the band to a four-piece. Up to this point, they had played as a three-piece with Mark McKenzie on bass and were using a backing tape for drums and keyboards. They felt that the adding of a full-time drummer and bass player would fill out the sound and make the group have a proper "band" feel on stage.

Through the band's tour manager, John Adkins, Aspel and Roome were introduced to Dave Askey, former bassist with Goth rockers "Dawn after Dark". Askey was quickly introduced to the band's material and after a short period of rehearsal and gigging the band entered the studio to record their second album, Red Skin Eclipse .

The album was recorded during November 1992 at the Rich Bitch recording studio in Selly Oak, Birmingham, UK, taking four weeks to record and mix and was co-produced by Godflesh guitarist and songwriter Justin Broadrick. [1]

Prior to the release of their second album, the band brought in Stourbridge-based drummer Lee Haggerty.

The band expected the album to be released in March 1993, however, the record label decided to delay release until the following October.

During the summer of 1993 the band decided to remix some of the tracks from the new album with ON-U sound producer Adrian Sherwood [2] at the Roundhouse recording studio. The sessions were also added to with contributions from Tackhead guitarist, Skip McDonald.

From the results of this session the track listing on Red Skin Eclipse was altered to include the remixed version of "Juggernaut". This track was later to be released as the band's fourth single.

The band continued touring, headlining and supporting other acts but were dropped by their record label during March 1994. They then signed to Leicester-based Stay Free Records.

The band's final album, Cyclops , was released in summer 1995 and featured Shane Embury from Napalm Death on two tracks: "Soft White Underside" and "Cyclops". The album was not as successful as the band had hoped and the band dissolved during November of that year.

Tones on Tail was a British post-punk band formed in 1982, originally as a musical side project of Daniel Ash of the gothic rock group Bauhaus. Their music was described by one critic as "doom-and-dance-pop."

Tindersticks are an English alternative rock band formed in Nottingham in 1991. They released six albums before singer Stuart A. Staples embarked on a solo career. The band reunited briefly in 2006 and more permanently the following year. The band recorded several film soundtracks, and have a long-standing relationship collaborating with French director Claire Denis. 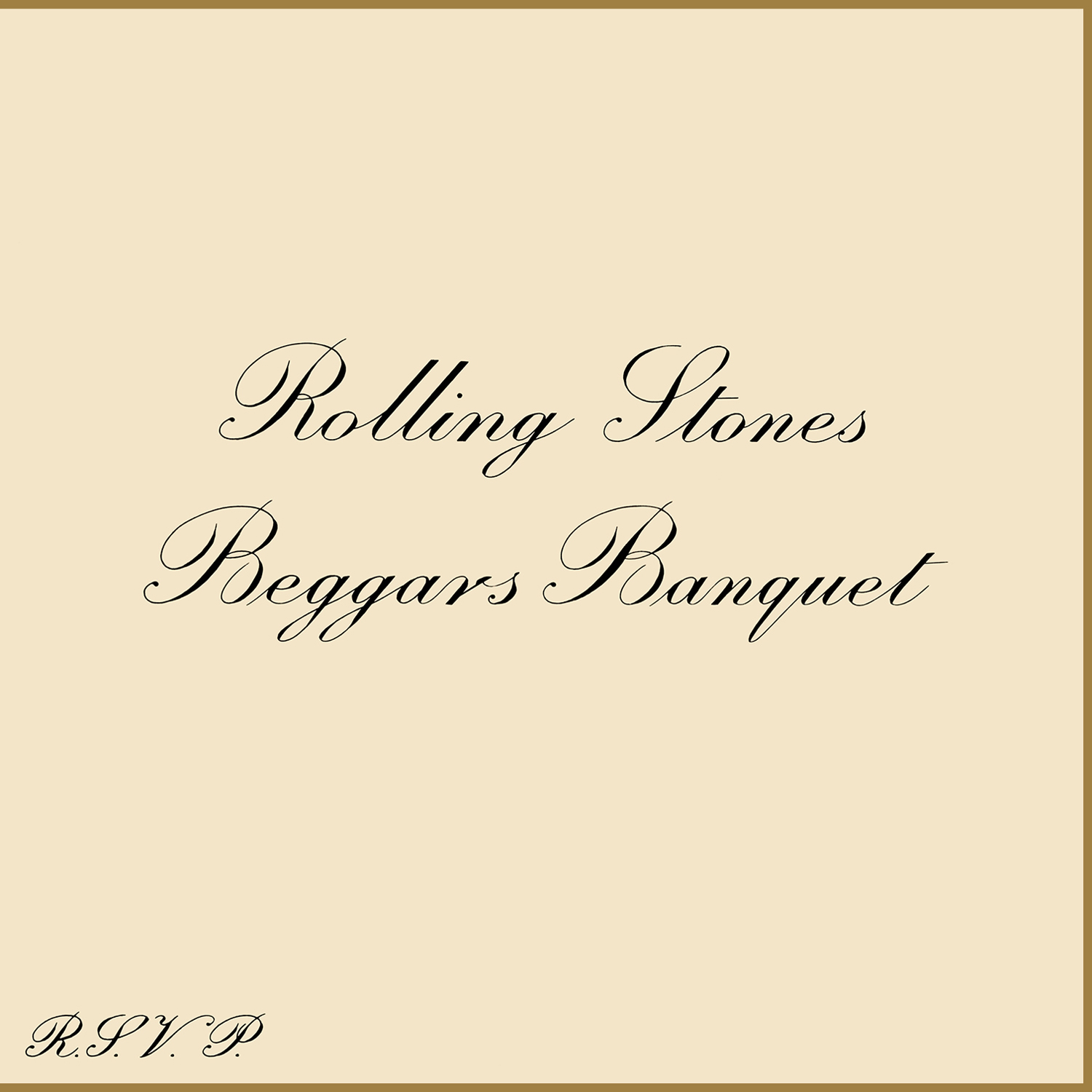 Beggars Banquet is a studio album by English rock band the Rolling Stones. It was released in December 1968 by Decca Records in the United Kingdom and London Records in the United States; it is the band's seventh British and ninth American studio album. The recording marked a change in direction for the band following the psychedelic pop of their previous two albums, Between the Buttons and Their Satanic Majesties Request. Styles such as roots rock and a return to the blues rock sound that had marked early Stones recordings dominate the record, and the album is among the most instrumentally experimental of the band's career, as they infuse Latin beats and instruments like the claves alongside South Asian sounds from the tanpura, tabla and shehnai and African-influenced conga rhythms.

Situation Two was a British independent record label founded in 1981 by Peter Kent as an offshoot of the Beggars Banquet label. At the time, Beggars Banquet releases were often distributed by WEA; to appeal to the indie audience and to get releases into the UK Indie Chart, Situation Two, as well as its sister label 4AD, were created. 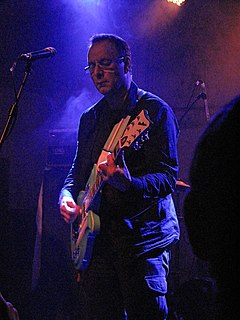 Colin Newman is an English musician, record producer and record label owner. He is best known as the primary vocalist and songwriter for the post-punk band Wire. 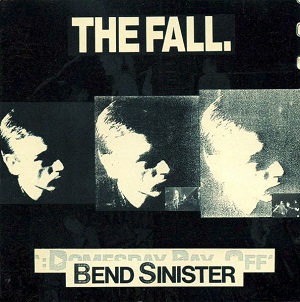 Bend Sinister is the ninth studio album by English post-punk band the Fall. It was released in September 1986 by record label Beggars Banquet.

Bowery Electric was an American post-rock band, formed by Lawrence Chandler and Martha Schwendener in 1993.

The Hair and Skin Trading Company is a British drone / avant-noise group, formed in 1991 by ex-Loop members Neil Mackay (vocals/bass) and John Wills (drums). Joined by Nigel Webb (Guitars) and Richard Johnston on samples, they released their debut album Jo in Nine G Hell on Beggars Banquet Records in 1992. They also played the Reading Festival that year, with tours of Europe, US and the UK, following their subsequent releases - with shows at CBGB's and the Knitting Factory, New York & Festivals such as C.M.J - New York, Roskilde Festival, Denmark and Phoenix Festival, United Kingdom.

Rubicon was an early 1990s offshoot of the band Fields of the Nephilim who released two albums. 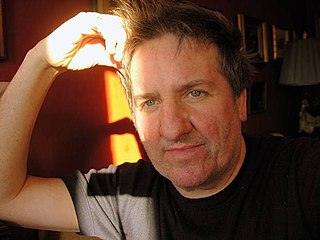 Pierce Turner is an Irish singer-songwriter. After forming a duo with Larry Kirwan he went solo in the mid-1980s and has since released several albums.

Swell is an indie rock band formed in San Francisco in 1989 when David Freel (vocals/guitar) and Sean Kirkpatrick (drums) decided to record an album.

The Beekeepers were an English rock band from Derby, signed to the Beggars Banquet Records label. Their releases included the mini-album Third Party, Fear and Theft and the single, Do You Behave Like That at Home? 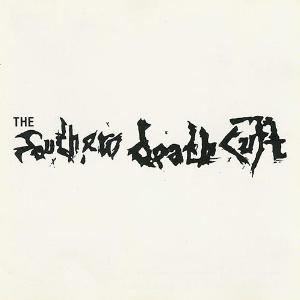 The Southern Death Cult is a compilation album by British gothic rock band Southern Death Cult. It is a collection of studio outtakes, demos and live recordings by the band, released originally in 1983, after the band had broken up.

The Plan is an archival compilation album of early demo recordings by British new wave band Tubeway Army, released in 1984.

Run Silent, Run Deep is the first album by Terminal Power Company. It was recorded in two weeks in November 1990, for the Beggars Banquet sub-label Situation Two. The album was recorded at Expresso Bongo studios in Taworth and was partly mixed by Paul Speare, former saxophonist with Dexys Midnight Runners.

Red Skin Eclipse is the second full-length album by British industrial-alternative band Terminal Power Company. Released by Beggars Banquet Records, the album was recorded in November and December 1992 at Rich Bitch Studios and was produced and mixed by Justin Broadrick. Also involved were producer Adrian Sherwood who mixed the track "Juggernaut" and Paul Kendall who mixed part of the song "Blanket Drill Doll".

Cyclops is the third and final full-length studio album by Terminal Power Company, released on Stayfree Records. The album was recorded between January and March 1995 at TPC's own recording studio. It is notable for being contributed to by Shane Embury of Napalm Death.

Radial Spangle was an indie rock band from Norman, Oklahoma, United States, that released two albums in the 1990s.

Liberty 37 were a four-piece band, hailing from Swansea, Wales. The band started out with the name Travis, but were forced to change it when another band with the same name became successful. After changing names from Travis Inc. and Applecore the band settled on Liberty 37.