Last updated December 17, 2020
This article is about the tribute band. For other uses, see Iron Maiden (disambiguation).

The Iron Maidens were originally formed in June 2001 by vocalist Jenny Warren and bassist Melanie Sisneros, formerly of the Iron Maiden tribute band Wrathchild. [4] Linda McDonald (drums) and Josephine Draven (guitar), both formerly of Phantom Blue, and Sara Marsh (guitar), joined Warren and Sisneros shortly afterward to form the band's first lineup. [5] [6] Sisneros left the band in 2002 to pursue other interests and was replaced by Wanda Ortiz.

In 2003, the band started work on their debut album. The project was delayed when Warren gave notice of her departure from the band to focus more on her personal and child's needs. [7] After Warren's departure, new vocalist Aja Kim made her debut in the band and helped complete the album ( World's Only Female Tribute to Iron Maiden ), which was released in June 2005. [8]

After the album's release, Draven left the band. In February 2007, Heather Baker joined to replace Draven. In May, the band released its second album Route 666 , which features a guest appearance by Motörhead guitarist Phil Campbell. [9]

In summer 2008, Heather Baker and Aja Kim left the band to pursue solo careers. [10] The two were replaced by guitarist Courtney Cox and vocalist Kirsten Rosenberg (formerly of the Maryland-based cover band HighWire). [11] In January 2010, Marsh, who was ill, was taken off some of the Japanese tour shows and did not rejoin the band. [12] Baker rejoined the band to temporarily fill in Marsh's spot for a handful of shows. [12]

Upon Sara's departure from the band, former members Elizabeth Schall and Heather Baker would return briefly to fill in the vacant Murray position (2009-2010). For tours 2010-2014, the role of Dave Murray would be shared between artists Nili Brosh, Nita Strauss, and Nikki Stringfield. In 2014,the band approached Nikki Stringfield to become a permanent member in the Murray position.

Courtney Cox(Caparison), Nita Strauss(Ibanez)and Nikki Stringfield (Schecter) are the first female artists to have their own signature guitar with their associated guitar companies.

On September 8, 2015 the group announced that long-time guest guitarist Nikki Stringfield had been officially added as a permanent member of the band. [15]

Rosenberg and Stringfield appeared as contestants on the August 3, 2017 episode of the music game show Beat Shazam . [16] 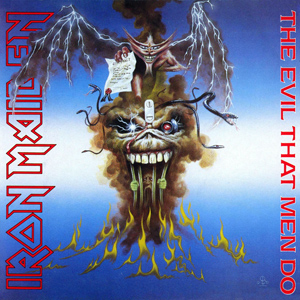 Femme Fatale was an American hard rock band. Originally from Albuquerque, the band moved to Los Angeles and released one studio album before disbanding. Lead vocalist, Lorraine Lewis, restarted the band in 2013 with an all-female line-up which lasted until 2019 when she shuttered the band to join Vixen.

Linda McDonald is the drummer of the all-female tribute band The Iron Maidens. In addition, she was a member of the Ozzy Osbourne tribute band The Little Dolls and the cover bands Valley Dolls, Crabby Patty and Unholy Pink. Prior to those works, McDonald was the drummer/co-founder of the all-female heavy metal band Phantom Blue from its inception in 1987 to its demise in 2001. 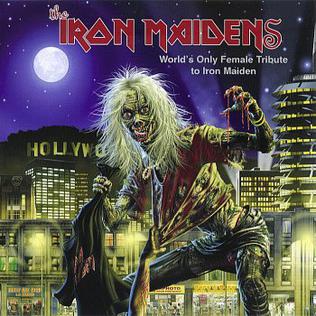 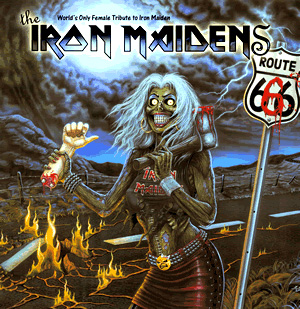 Route 666 is the second album by the all-female tribute band The Iron Maidens and the first under their Japanese label Powerslave Records. It is also the first release featuring guitarist Heather Baker. Produced by Bob Kulick and Brett Chassen, Route 666 is a CD/DVD package, with the DVD featuring the band's live performance at the Galaxy Theatre in Santa Ana, CA, on March 12, 2005. Most notable are the guest appearances of Motörhead guitarist Phil Campbell and Iron Maiden keyboardist Michael Kenney. 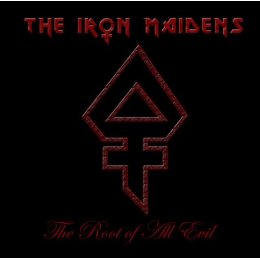 The Root of All Evil is a Japan-only EP release by the all-female tribute band The Iron Maidens. It includes three new cover recordings of Iron Maiden songs and a dance remix of "The Trooper." This was the band's last recording to feature lead vocalist Aja Kim and guitarist Heather Baker, who left the band on mid-2008.

Wanda Ortiz is the bassist of the all-female tribute band The Iron Maidens.

Heather Baker is an American songwriter, guitarist, producer and founder of the Electronica band Antiwave. Baker is known for being a session and touring guitar player for the likes of Adam Lambert, Bonnie Mckee, Krewella, Kerli, Fake Figures and The Iron Maidens. She currently plays with NoMBe and Bea Miller.

Jenny Warren is an American female singer, best known as the co-founder of the all-female tribute band The Iron Maidens.

Melanie Sisneros is an American bassist and a member of four bands: Crescent Shield, Whole Lotta Rosies, Hangar 18 and Mz Led. She is also a former member of the bands Sinergy, The Iron Maidens and New Eden.

Elizabeth Schall is a female American singer, songwriter and guitarist, and founder of the death metal band Dreaming Dead and grindcore band Cretin. Prior to that, she was a guitarist of the all-female tribute band The Iron Maidens and the death metal band Winterthrall. She is married to fellow death metal musician Leon del Muerte.

Jojo Draven is an Indonesian-born American musician and film score composer. She is a cast member of the Blue Man Group. She has worked with illusionist Criss Angel as his sole musician in his touring show The Supernaturalists. She was also the guitarist for the Shrapnel Records/Geffen Records recording artist all-female heavy metal band Phantom Blue and was the co-founder and original member of the all-female tribute band The Iron Maidens.

Courtney Cox is an American guitarist and member of the all-female tribute band The Iron Maidens.

Kirsten Rosenberg is an American female singer, currently with the all-female tribute band The Iron Maidens. She is also an animal rights advocate, as well as a former co-owner of Sticky Fingers, an all-vegan bakery in Washington, D.C. 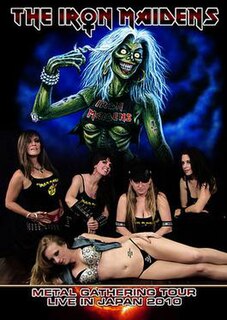 Nikki Stringfield (born 1990) is an American heavy metal singer, best known as the current guitarist for both The Iron Maidens and Femme Fatale, current touring guitarist for Heaven Below as well as the former guitarist for Before the Mourning.

Nita Strauss is an American rock musician. She is the current touring guitarist for Alice Cooper and has a successful career as a solo artist. Strauss was the first female signature artist with Ibanez guitars and is regularly featured on the covers of worldwide print magazines including Guitar World and Guitar Player. She was ranked No. 1 on Guitar World's list of "10 Female Guitar Players You Should Know." 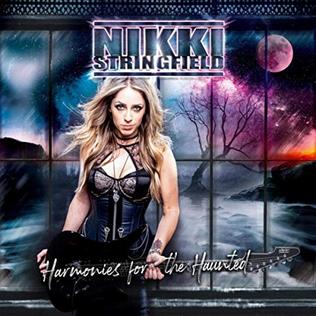 Harmonies for the Haunted is the debut EP for American heavy metal musician Nikki Stringfield. Released on 30 October 2019, the album was produced by American musicians Jesse Billson and Patrick Kennison.