According to the Foundation's website, "MHOF donates musical instruments to music programs where students have access to a music curriculum but lack the resources and support base to adequately keep up with equipment loss due to attrition, depreciation and wear over time. An infusion of instruments and repairs enables more students to participate and experience a quality music education." The stated goal of MHOF is to "help children achieve their greatest potential and to close the gap that exists in underserved communities."

2007 revenue was $2.8 million, of which 12 percent came from corporate donations, 27 percent from other foundations, and 10 percent from individual contributors. [3] In 2007, more than 91 percent ($2.5 million) of MHOF's revenue was used to fund music program expenses. Management and fundraising expenditures totaled 2 percent each. Charity Navigator rates MHOF four stars. [4]

In twenty-four years the foundation has donated more than 33,000 instruments to over 2 million students. [5] A number of well known musicians, philanthropists, and foundations have donated their time and money including, Eddie and Janie Van Halen, Jean and Alex Trebek, the Prince Estate, the Louis Armstrong Educational Foundation, and the Walt Disney Company Foundation.

The Bill & Melinda Gates Foundation (BMGF), previously the William H. Gates Foundation, is an American private foundation founded by Bill and Melinda Gates. Based in Seattle, Washington, it was launched in 2000 and is reported to be the largest private foundation in the world, holding $46.8 billion in assets. The primary goals of the foundation are to enhance healthcare and reduce extreme poverty across the globe, and to expand educational opportunities and access to information technology in the U.S. The foundation is controlled by its three trustees: Bill and Melinda Gates, and Warren Buffett. Other principal officers include Chief Executive Officer Mark Suzman. 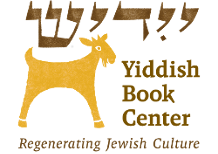 The Yiddish Book Center, located on the campus of Hampshire College in Amherst, Massachusetts, United States, is a cultural institution dedicated to the preservation of books in the Yiddish language, as well as the culture and history those books represent. It is one of ten western Massachusetts museums constituting the Museums10 consortium.

Susan G. Komen, formerly known as Susan G. Komen for the Cure and originally as The Susan G. Komen Breast Cancer Foundation, often referred to as simply Komen, is the largest and best-funded breast cancer organization in the United States.

Food For The Poor, Inc. (FFP) is an ecumenical Christian nonprofit organization based in Coconut Creek, Florida, United States that provides food, medicine, and shelter, among other services, to the poor in Latin America and the Caribbean.

Feed the Children, established in 1979 and headquartered in Oklahoma City, Oklahoma, is a non-profit organization focused on alleviating childhood hunger. Their mission is "providing hope and resources for those without life's essentials." It provides food, essentials, education supplies and disaster relief to those in need across the United States and in 10 countries around the world. Domestically, it operates five distribution centers located in Oklahoma, Indiana, California, Tennessee and Pennsylvania.

The Navy-Marine Corps Relief Society (NMCRS) is an American non-profit organization that was founded in 1904. The society was created "to provide, in partnership with the Navy and Marine Corps, financial, educational, and other assistance to members of the Naval Services of the United States, eligible family members, and survivors when in need; and to receive and manage funds to administer these programs."

DonorsChoose is a United States–based nonprofit organization that allows individuals to donate directly to public school classroom projects. The organization has been given Charity Navigator’s highest rating every year since 2005. In January 2018, they announced that 1 million projects had been funded. In 80% of public schools in the United States, at least one project has been requested on DonorsChoose. Schools from wealthy areas are more likely to make technology requests, while schools from less affluent areas are more likely to request basic supplies. It's been noted that repeat donors on DonorsChoose typically donate to projects they have no prior relationship with, and most often fund projects serving financially challenged students.

The Clinton Foundation is a non-profit organization under section 501(c)(3) of the U.S. tax code. It was established by former President of the United States Bill Clinton with the stated mission to "strengthen the capacity of people in the United States and throughout the world to meet the challenges of global interdependence." Its offices are located in New York City and Little Rock, Arkansas.

The Dollywood Foundation is a non-profit organization founded by Dolly Parton, with headquarters in Pigeon Forge, Tennessee. Shortly after the opening of the Dollywood theme park in 1986, the Dollywood Foundation was created in April 1988, and began by offering scholarships to local high school students. From there it grew into the Imagination Library, started in 1995, which distributes free books to children monthly, up until the age of 5. The Dollywood Foundation grew again into the My People Fund, which started in 2016 after wildfires ripped through Tennessee. The current President of the Dollywood Company is Craig Ross. Today, the foundation continues to support people in need by providing scholarships and awards to those who deserve them and provides support to countless non-profit organizations that aim to improve the quality of life to children and others in need.

ProLiteracy, also known as ProLiteracy Worldwide, is an international nonprofit organization that supports literacy programs that help adults learn to read and write. Based in Syracuse, ProLiteracy has over 800 member programs in the U.S. and is active in 20 developing countries. 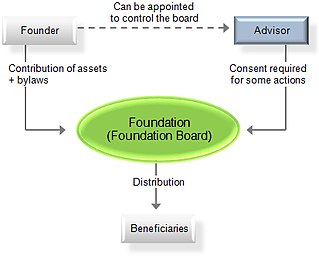 Until 1969, the term private foundation was not defined in the United States Internal Revenue Code. Since then, every U.S. charity that qualifies under Section 501(c)(3) of the Internal Revenue Service Code as tax-exempt is a "private foundation" unless it demonstrates to the IRS that it falls into another category such as public charity. Unlike nonprofit corporations classified as a public charity, private foundations in the United States are generally subject to a 1% or 2% excise tax or endowment tax on any net investment income.

Scholarship America is a Minnesota-based American philanthropic organization that assists communities, corporations, foundations and individuals with fundraising, managing and awarding scholarships to students. The organization designs, administers and manages corporate and foundation scholarship programs; it also operates Dollars for Scholars, a coalition of local scholarship organizations in communities across the United States.

The Wikimedia Foundation, Inc. is an American non-profit and charitable organization headquartered in San Francisco, California. It is mostly known for participating in the Wikimedia movement. It owns the internet domain names of many movement projects and hosts sites like Wikipedia. The foundation was founded in 2003 by Jimmy Wales as a way to fund Wikipedia and its sibling projects through non-profit means. 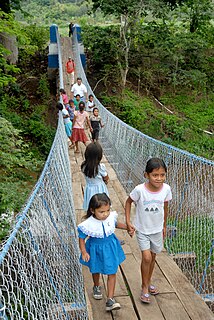 GlobalGiving is 501(c)(3) non-profit organization based in the United States that provides a global crowdfunding platform for grassroots charitable projects. Since 2002, more than 950,000 donors on GlobalGiving have raised more than $430 million to support more than 24,000 projects in 170 countries.

Little Kids Rock (LKR) is a charity in the United States that encourages and enables children to play popular music. It is a nonprofit 501(c)(3) organization and is based in Verona, New Jersey. It provides free music instruction and instruments to public school districts across the country. Their 'Modern Band' curriculum is rooted in popular music and their teaching methods are rooted in the teaching music as a language, with a heavy emphasis on composition and improvisation. Charity Navigator has given the charity a 4-star rating.