A Growling Place is a picture book written and illustrated by Thomas Aquinas Maguire, published on August 28, 2007, by Simply Read Books in Vancouver, British Columbia.

A Growling Place , Simply Read books, 2007. A traditional storybook about a girl who rescues a stuffed bear. The book features a simplified chapter system. The table of contents show the color-coded chapter names and the chapter names appear directly in the text of the book as the story is told.

Three Little Dreams , Simply Read books, 2010. This is Maguires first attempt to create stories as single long images. This storytelling technique is taken to an extreme in "The Wild Swans". Three Little Dreams is a box set of three small unfolding books; each book represents a dream that unfolds to about 3 feet in length.

The Wild Swans , Simply Read books, 2011. A fully illustrated edition of the classic Hans Christian Andersen story. The book is told in one single long image that measures 6.5 inches tall and unfolds to over 60 feet wide. The book is packaged in a box that also includes a small booklet with the original Andersen story.

The Wild Swans is a literary fairy tale by Hans Christian Andersen about a princess who rescues her 11 brothers from a spell cast by an evil queen. The tale was first published on 2 October 1838 as the first installment in Andersen's Fairy Tales Told for Children by C. A. Reitzel in Copenhagen, Denmark. It has been adapted to various media including ballet, television, and film.

Hans Christian Andersen was a Danish author. Although a prolific writer of plays, travelogues, novels, and poems, Andersen is best remembered for his fairy tales. Andersen's popularity is not limited to children: his stories express themes that transcend age and nationality.

A picture book combines visual and verbal narratives in a book format, most often aimed at young children. The images in picture books use a range of media such as oil paints, acrylics, watercolor, and pencil, among others. Two of the earliest books with something like the format picture books still retain now were Heinrich Hoffmann's Struwwelpeter from 1845 and Beatrix Potter's The Tale of Peter Rabbit from 1902. Some of the best-known picture books are Robert McCloskey's Make Way for Ducklings, Dr. Seuss' The Cat In The Hat, and Maurice Sendak's Where the Wild Things Are. The Caldecott Medal and Kate Greenaway Medal are awarded annually for illustrations in children's literature. From the mid-1960s several children's literature awards include a category for picture books. 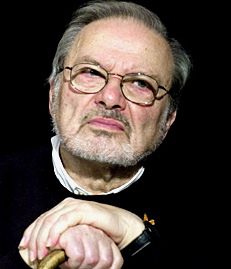 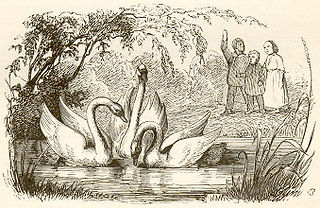 "The Ugly Duckling" is a literary fairy tale by Danish poet and author Hans Christian Andersen (1805–1875). The story tells of a homely little bird born in a barnyard who suffers abuse from the others around him until, much to his delight, he matures into a beautiful swan, the most beautiful bird of all. The story is beloved around the world as a tale about personal transformation for the better. “The Ugly Duckling” was first published 11 November 1843, with three other tales by Andersen in Copenhagen, Denmark to great critical acclaim. The tale has been adapted to various media including opera, musical, and animated film. The tale is completely Andersen's invention and owes no debt to fairy tales or folklore.

Eric Carle is an American designer, illustrator, and writer of children's books. He is most noted for The Very Hungry Caterpillar, a picture book that has been translated into more than 65 languages and sold more than 46 million copies, equivalent to 1.8 copies sold every minute since it was published since it was published in 1969. His career as an illustrator and children's book author took off after he collaborated on Brown Bear, Brown Bear, What Do You See? He has illustrated more than 70 books, most of which he also wrote, and more than 145 million copies of his books have been sold around the world. 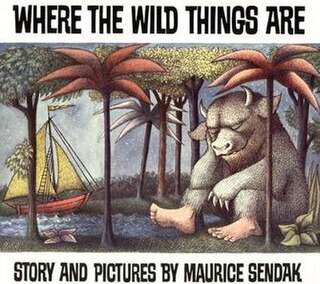 Where the Wild Things Are is a 1963 children's picture book by American writer and illustrator Maurice Sendak, originally published by Harper & Row. The book has been adapted into other media several times, including an animated short in 1973 ; a 1980 opera; and a live-action 2009 feature-film adaptation, directed by Spike Jonze. The book had sold over 19 million copies worldwide as of 2009, with 10 million of those being in the United States. 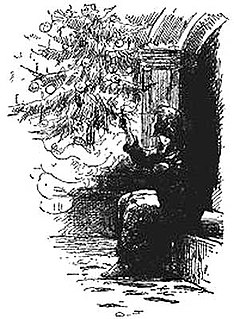 "The Little Match Girl" is a short story by Danish poet and author Hans Christian Andersen. The story, about a dying child's dreams and hope, was first published in 1845. It has been adapted to various media, including an animated short film, a television musical, and an animated virtual reality story called "Allumette".

"The Steadfast Tin Soldier" is a literary fairy tale by Hans Christian Andersen about a tin soldier's love for a paper ballerina. The tale was first published in Copenhagen by C.A. Reitzel on 2 October 1838 in the first booklet of Fairy Tales Told for Children. New Collection. The booklet consists of Andersen's "The Daisy" and "The Wild Swans". The tale was Andersen’s first not based upon a folk tale or a literary model. "The Steadfast Tin Soldier" has been adapted to various media including ballet and animated film.

Stephenie Meyer is an American novelist and film producer, best known for her vampire romance series Twilight. The Twilight novels have sold over 100 million copies, with translations into 37 different languages. Meyer was the bestselling author of 2008 and 2009 in the US, having sold over 29 million books in 2008, and 26.5 million in 2009. Twilight was the best-selling book of 2008 in the US.

Marcia Joan Brown was an American writer and illustrator of more than 30 children's books. She has won three annual Caldecott Medals from the American Library Association, recognizing the year's best U.S. picture book illustration, and the ALA's Laura Ingalls Wilder Medal in 1992 for her career contribution to children's literature. Many of her titles have been published in translation, including Afrikaans, German, Japanese, Spanish and Xhosa-Bantu editions.

Barbara Cooney was an American writer and illustrator of 110 children's books, published over sixty years. She received two Caldecott Medals for her work on Chanticleer and the Fox (1958) and Ox-Cart Man (1979), and a National Book Award for Miss Rumphius (1982). Her books have been translated into 10 languages.

Margot Zemach was an American illustrator of more than forty children's books, some of which she also wrote. Many were adaptations of folk tales from around the world, especially Yiddish and other Eastern European stories. She and her husband Harvey Fischtrom, writing as Harve Zemach, collaborated on several picture books including Duffy and the Devil for which she won the 1974 Caldecott Medal.

Alethea Kontis is an American writer of Teen & Young Adult Books, picture books and speculative fiction, primarily for children. She lived in Ashburn, Virginia and then in Titusville, FL.

Martin Waddell is an Irish writer of children's books. He may be known best for the texts of picture books that feature anthropomorphic animals, especially the Little Bear series illustrated by Barbara Firth. He also writes under the pen name Catherine Sefton, for older children, primarily ghost stories and mystery fiction. The work by Sefton most widely held in WorldCat libraries is the novel In a Blue Velvet Dress (1972).

This is a list of published works by Hans Christian Andersen. The list has been supplemented with a few important posthumous editions of his works; the year given in each entry refers to the first Danish edition. They are all in the public domain because Andersen died over 100 years ago. 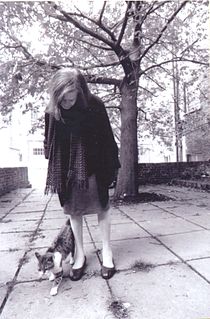 Naomi Lewis was a British poet, essayist, literary critic, anthologist and reteller of stories for children. She is particularly noted for her translations of the Danish children's author, Hans Christian Andersen, as well as for her critical reviews and essays. She was a recipient of the Eleanor Farjeon Award. 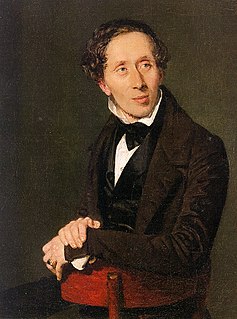