Thomas J. Tierney (born 5 March 1954) is an American business executive and corporate writer, who is the co-founder of the nonprofit Bridgespan Group that provides management consulting to nonprofits and philanthropists. He has been chairman of eBay since July 2015.[ citation needed ]

Tierney is cited by the book Management Consultancy in the 21st Century as a specialist in customer service and marketing. [1]

Tierney was born in San Francisco, California in 1954. [2] Tierney earned a BA in Economics from the University of California, Davis in 1976, and an MBA from the Harvard Business School in 1980. [2]

He joined Bain & Company in 1980, [1] and served as the managing director of its San Francisco office from 1987 to 1992. In June 1992 he was appointed chief executive officer of Bain & Company, a post which he held until January 2000, during which time the company grew significantly, venturing into business internationally and generating revenues six times what they had been. [3]

In 1998, Tierney co-founded The Bridgespan Group, described by Bloomberg as an "independent, nonprofit affiliate of Bain & Company designed to provide general management consulting services to foundations and nonprofit organizations". He launched the organization in 1999, and was appointed its chairman. In March 2003, Tierney was appointed an Independent Director at eBay, and he has been its Lead Independent Director since April 2012. [3]

Aside from his Bridgespan and eBay position, Tierney has been the Director of The Nature Conservancy, director of the Woods Hole Oceanographic Institution, and has held numerous other posts on non-profit boards, including the Hoover Institution, The United Way of the Bay Area, the Committee for Economic Development and the WGBH Educational Foundation. He has also served administratively with the Boston Symphony Orchestra. [1] Tierney is still associated with Harvard Business School, where he was appointed chair of the Harvard Business School Social Enterprise Initiative Advisory Board in January 2009. [4] He occasionally lectures at the school and has contributed numerous articles to The Harvard Business Review and books, including Forbes's Learning From The Chief Executive Officer and Aligning the Stars (2002), the latter co-authored with Jay W. Lorsch, which documents business strategy and organization. [3] [5] [6] In 2011, he co-authored Give Smart: Philanthropy That Gets Results with Joel L. Fleishman. [7] Tierney said of Give Smart: Philanthropy That Gets Results: "The basic premise behind the book is that there must be ideas relevant to philanthropy that have been proven over time, ideas that were as useful to Andrew Carnegie as they are to Bill Gates. One of the reasons [co-author] Joel [Fleishman] and I teamed up was that he has done extensive research on twentieth-century philanthropy, a lot of which he used in The Foundation". [8]

Michael Eugene Porter is an American academic known for his theories on economics, business strategy, and social causes. He is the Bishop William Lawrence University Professor at Harvard Business School, and he was one of the founders of the consulting firm The Monitor Group and FSG, a social impact consultancy. He is credited for creating Porter's five forces analysis, which is instrumental in business strategy development today.

Joshua Bekenstein is an American businessman and co-chairman of Bain Capital.

James Ireland Cash Jr. is an American business academic who is a member of the board of directors of several corporations, including General Electric, Microsoft (2001-2009), The Chubb Corporation, Phase Forward, Inc., Wal-Mart, and Veracode. 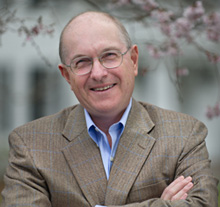 Frederick F. Reichheld is a New York Times best-selling author, speaker and business strategist best known for his research and writing on the loyalty business model and loyalty marketing. He is the creator of the Net Promoter System of management (NPS). 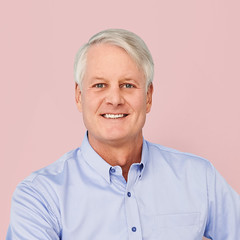 John Joseph Donahoe II is an American businessman who is the CEO of Nike. Early in his career he worked for Bain & Company, becoming the firm's president and CEO in 1999. He is on the board of directors at Nike, The Bridgespan Group and is chairman of PayPal. Donahoe was named president and CEO of ServiceNow, a cloud company, in February 2017. He served on the Board of Trustees of Dartmouth College from 2003 to 2012. On January 13, 2020, Donahoe became president and CEO of Nike. 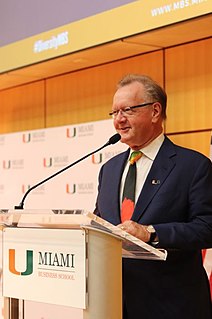 Jeffrey F. Rayport is an academic, author, consultant, and founder and chairman of Marketspace LLC, a strategic advisory practice that works with leading companies to reinvent how they interact with and relate to customers. Marketspace was a unit of Monitor Deloitte, a global strategy services and merchant banking firm, which now operates as an independent professional services firm.

Stephen Pagliuca is an American private equity investor, co-chairman of Bain Capital, and co-owner of the Boston Celtics of the National Basketball Association (NBA).

Harvard Business School (HBS) is the graduate business school of Harvard University in Boston, Massachusetts. It is consistently ranked among the top business schools in the world and offers a large full-time MBA program, management-related doctoral programs, and many executive education programs. It owns Harvard Business Publishing, which publishes business books, leadership articles, case studies, and the monthly Harvard Business Review. It is also home to the Baker Library/Bloomberg Center.

Nitin Nohria is an Indian-American academic. He served as the tenth dean of Harvard Business School. He is also the George F. Baker Professor of Administration. He is also a former non-executive director of Tata Sons.

Bain & Company is an American management consultancy headquartered in Boston, Massachusetts. It was founded in 1973 by William W. Bain Jr..

Joshua Harris is a billionaire American private equity investor and philanthropist who co-founded Apollo Global Management, one of the world's largest alternative investment firms. Harris is the principal owner and managing partner of the New Jersey Devils of the National Hockey League and the Philadelphia 76ers of the National Basketball Association, and is a general partner in Crystal Palace of the English Premier League. 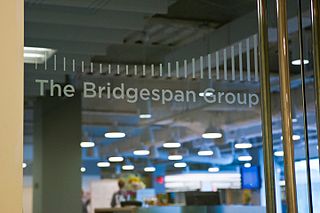 The Bridgespan Group is a U.S. nonprofit organization in Boston, Massachusetts that provides management consulting to nonprofits and philanthropists. In addition to consulting, Bridgespan makes case studies freely available on its website and publications.

Jay William Lorsch is an American organizational theorist and the Louis Kirstein Professor of Human Relations at the Harvard Business School, known for his contribution of contingency theory to the field of organizational behavior.

David Anthony Thomas is an American psychologist, expert on organizational behavior, and academic administrator who currently serves as the 12th president of Morehouse College, a historically black men's college in Atlanta. From 2017 to 2018, he was the H. Naylor Fitzhugh Professor of Business Administration at Harvard Business School. Before that, Thomas served as Dean and William R. Berkley Chair of Georgetown University's McDonough School of Business. He was appointed Dean in August 2011.

Srikant Datar is an Indian-American economist and the Dean of Harvard Business School. At Harvard, he concurrently serves as the Arthur Lowes Dickinson Professor of Business Administration. In 2021, he was awarded the Padma Shri, the fourth-highest civilian award in India.

Richard Menschel is an American investment banker, art collector and philanthropist. He is a (retired) senior director of Goldman Sachs. Through the Charina Endowment Fund and the Charina Foundation, he supports art museums, schools and health charities. He won the 2015 Carnegie Medal of Philanthropy.

Rob Markey is an American author, speaker, and business strategist. He is perhaps best known for his research and writing on customer experience and loyalty marketing. Markey is also the co-creator of the Net Promoter System of management (NPS), along with fellow Bain & Company consultant Fred Reichheld.