Thomas Poole may refer to:

Nether Stowey is a large village in the Sedgemoor district of Somerset, South West England. It sits in the foothills of the Quantock Hills, just below Over Stowey. The parish of Nether Stowey covers approximately 4 km², with a population of 1,373.

This article presents lists of the literary events and publications in 1630. 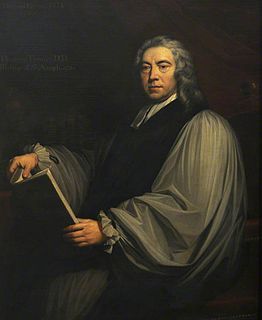 Matthew Poole (1624–1679) was an English Nonconformist theologian and biblical commentator. 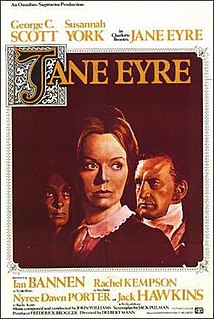 Jane Eyre is a 1970 British television film directed by Delbert Mann, starring George C. Scott and Susannah York. It is based on the 1847 novel Jane Eyre by Charlotte Brontë. The film had its theatrical debut in the United Kingdom in 1970 and was released on television in the United States in 1971.

King Edward the Fourth and a Tanner of Tamworth is a ballad first found in the Child Ballad collection, number 273. A ballad of this title was licensed in 1564. Versions of this ballad also exist outside the Child collection. Additional copies can be found at the British Library, the University of Glasgow Library, and the Pepys Library at Magdalene College. These ballads dates, by estimation of the English Short Title Catalogue, range from the early seventeenth century to as late as 1775. The ballad is most recognized by its opening line: "In summer time, when leaves grow green." Child describes the appeal of this ballad to be centered on the chance meeting with a King, which is also a recurring theme in tales of Robin Hood.

Tanner may be a surname of either English, German or Finnish origin. The Anglo-saxon Tanner was an occupational surname while the German form, also spelled Danner, is likely topographic from German 'tan', meaning forest. In the Finnish language surname the word 'tanner' is a synonym for field or ground.

Richard James Lane was a prolific English Victorian engraver and lithographer. The National Portrait Gallery has some 850 lithographs of his portraits and figure studies, done between 1825 and 1850. The images include portraits of royalty, society notables and theatre personalities.

Jonas Poole was an early 17th-century English explorer and sealer, and was significant in the history of whaling.

William Henry Romaine-Walker (1854–1940) was an English architect and interior decorator.

Paul Antony Tanner, was a British literary critic of the mid-20th century, and a pioneering figure in the study of American literature. He was a fellow of King's College, Cambridge, where he taught and studied for 38 years, from 1960 until his death in 1998.

Driver: Renegade is a video game developed by Ubisoft and released in 2011 for the Nintendo 3DS. It is part of the Driver series. 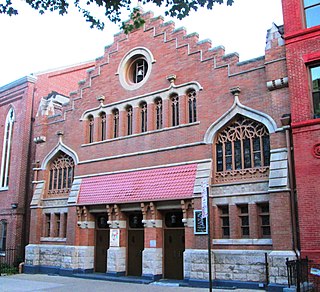 The Church of St. Catherine of Genoa is a Roman Catholic parish church in the Roman Catholic Archdiocese of New York, located at 504 West 153rd Street, between Broadway and Amsterdam Avenue in the Hamilton Heights neighborhood of Manhattan, New York City. 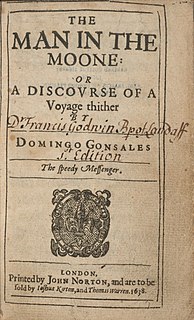 The Man in the Moone is a book by the English divine and Church of England bishop Francis Godwin (1562–1633), describing a "voyage of utopian discovery". Long considered to be one of his early works, it is now generally thought to have been written in the late 1620s. It was first published posthumously in 1638 under the pseudonym of Domingo Gonsales. The work is notable for its role in what was called the "new astronomy", the branch of astronomy influenced especially by Nicolaus Copernicus. Although Copernicus is the only astronomer mentioned by name, the book also draws on the theories of Johannes Kepler and William Gilbert. Godwin's astronomical theories were greatly influenced by Galileo Galilei's Sidereus Nuncius (1610), but unlike Galileo, Godwin proposes that the dark spots on the Moon are seas, one of many parallels with Kepler's Somnium sive opus posthumum de astronomia lunari of 1634.

Phil Tanner was an important traditional singer of Llangenith in the Gower Peninsula. His songs were all in the English language, since the Gower of his youth was still culturally distinct from the rest of Wales, and his style of singing is compared to that of English singers. Renowned locally as "the Gower Nightingale", he reached a national audience in his seventies with recordings for Columbia and the BBC and an appearance on the BBC radio programme In Town Tonight. Shortly before he died, he was featured in an article by John Ormond Thomas for Picture Post, and recorded once again by the BBC. In 1976, he was remembered in a BBC Radio 4 tribute by the Welsh radio broadcaster Wynford Vaughan-Thomas recalling "the voice of the sanest, happiest, kindest eccentric I ever knew, the voice of Phil Tanner, the Gower Nightingale". His recordings have been reissued several times, most notably on the CD The Gower Nightingale, which also includes the Wynford Vaughan-Thomas radio programme. The editor of one reissue, the eminent folklorist Alan Lomax wrote: "When Phil died, England lost her best traditional singer".

Thomas Poole was a Somerset tanner, Radical philanthropist, and essayist, who used his wealth to improve the lives of the poor of Nether Stowey, his native village. He was a friend of several writers in the British Romantic movement, a benefactor of Samuel Taylor Coleridge and his family, and an influence on the poems of Wordsworth.

Epicaerus is a genus of broad-nosed weevils in the family Curculionidae. There are at least 11 described species in Epicaerus.