On December 20, 2013, Thomas Properties was acquired by Parkway Properties.

Thomas Properties Group was founded in 1996 by James A. Thomas, and incorporated on March 9, 2004.

In August 2005, the company entered the Houston, Texas market with the acquisition of 2.5 million square feet of office space from EQ Office in a joint venture with CalSTRS. [2] The joint venture was liquidated in October 2013. [3]

On July 1, 2007, Lehman Brothers and CalSTRS partnered with Thomas Properties to buy several properties in Austin, Texas that The Blackstone Group had acquired as part of its acquisition of EQ Office. In 2012, the company, in partnership with CalSTRs, acquired Lehman Brothers's interest in the joint venture. [4] [5]

In 2008, the company received the California Sustainability Alliance's Sustainability Showcase Award. [7] Thomas Properties Group was recognized for leadership in greening real estate and in integrating sustainable design and operations into all aspects of its products, services and investments. [8]

Brookfield Properties is a North American subsidiary of commercial real estate company Brookfield Property Partners, which itself is a subsidiary of alternative asset management company Brookfield Asset Management. It is responsible for the property management of the company's real estate portfolio, which includes facilities in the office, multi-family residential, retail, hospitality, and logistics industries.

GGP Inc. was an American commercial real estate company and the second-largest shopping mall operator in the United States. It was founded by brothers Martin, Matthew and Maurice Bucksbaum in Cedar Rapids, Iowa in 1954, and headquartered in Chicago, Illinois since 2000. It was subject to the largest real estate bankruptcy in American history at the time of its filing in 2009.

The Ryland Group, Inc. was a company engaged in home construction based in Westlake Village, California. As of 2015, it was the 5th largest homebuilder in the United States. In October 2015, the company merged with Standard Pacific Homes to form CalAtlantic Homes.

Le Méridien is an upscale, design-focused international hotel brand with a European perspective, formerly headquartered in France and in the United Kingdom.

SITE Centers Corp. is a publicly traded real estate investment trust that invests in shopping centers. Founded in 1965 by Bert Wolstein, the company is headquartered in Beachwood, Ohio. As of February 15, 2018 the company owned interests in 270 shopping centers in the United States, spread across thirty-two states and Puerto Rico. Notable properties wholly owned by the company include Shopper's World in Framingham, Massachusetts.

The Frost Bank Tower is a skyscraper in Austin, Texas, United States. Standing 515 feet (157 m) tall with 33 floors, it is the fifth tallest building in Austin, behind The Independent, The Austonian, Fairmont Austin, and the 360 Condominiums. It was developed by Cousins Properties from November 2001 to December 2003 as a class A office building with 525,000 sq ft (48,774 m2) of leasable space. It was the first high-rise building to be constructed in the United States after the 9/11 attacks. The building was officially dedicated in January 2004. 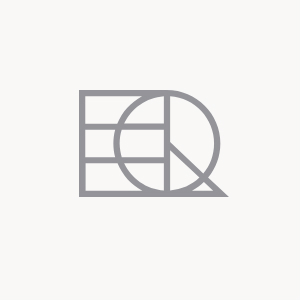 EQ Office is a real estate investment company that owns 80 office properties comprising 40 million square feet. The company is owned by funds managed by The Blackstone Group. The company was formerly known as Equity Office.

Archstone was a real estate investment trust that invested in apartments. In 2007, the company was acquired by Tishman Speyer and Lehman Brothers and, in 2013, the company's assets were acquired by Equity Residential and AvalonBay Communities.

Regency Centers Corporation is a real estate investment trust (REIT) based in Jacksonville, Florida and is one of the largest operators of grocery-anchored shopping centers. As of December 31, 2017, the company owned 426 properties comprising 53.9 million square feet of space, 80% of which are anchored by grocery stores that rank in the top three of their market.

The Gores Group is a global private equity firm specializing in acquiring and partnering with mature and growing businesses. The company was founded by its CEO and chairman, Alec E. Gores.

HomeAway is a vacation rental marketplace with more than 2,000,000 vacation rentals in 190 countries listed on its website. It operates through 50 websites in 23 languages through which it offers rentals of cabins, condos, castles, villas, barns, and farmhouses. Founded in February 2005 and headquartered in Austin, Texas, the company became a publicly traded company in 2011. Expedia acquired HomeAway on December 15, 2015.

Camden Property Trust is a real estate investment trust that invests in apartments in the United States. As of December 31, 2017, the company owned interests in 162 apartment communities containing 55,143 apartment units. 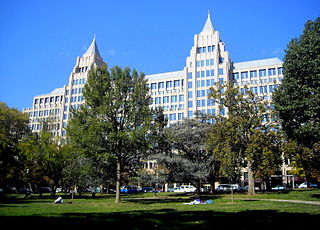 Hines Interests Limited Partnership is a privately held company that invest in and develops real estate.

World Class Capital Group is a privately owned investment firm that focuses on global real estate. The firm is based in Austin, Texas, with additional offices located in Dallas and New York City. The company is owned by President & CEO Nate Paul. In 2016, World Class was named the #24 top commercial property owner in America. In August 2019 its offices were raided by the FBI.