Thomas R. Smith (born January 16, 1948) is an American poet, essayist, teacher and editor. His work has appeared in numerous anthologies and journals in the U.S. and internationally. His poems have been featured on The Writer's Almanac , a syndicated national public radio program and podcast hosted by Garrison Keillor. His work was also selected for The Best American Poetry 1999, edited by poet Robert Bly, and in former U.S. Poet Laureate Ted Kooser's syndicated newspaper column, American Life in Poetry. [1]

Smith has described his own work as drawing from the nature and landscape of his home in Wisconsin. [2] In a review of Smith's Kinnickinic, fellow poet and critic B.J. Best wrote, "Smith's best poems use natural life to instruct and inspire us, who are all too often removed from the natural landscape." [3] Robert Bly described Smith as "a high-spirited poetry horse riding over the hills of emotion." [1] Poet Ralphe Murre praised Smith's use of earthly language, void of pretense but still playful and inventive: "At no time does he allow some device or conceit to get in the way of the poem, or his readers’ access to it. This is the work of a mature artist, certain of his craft; simply, effectively, and honestly allowing us in." [4]

Smith has fourteen books and chapbooks of his poetry published, and his fifteenth, Windy Day at Kabekona: New and Selected Prose Poems, is due for publication in 2018. He has also edited various books, including three on the subject of fellow poet Robert Bly. His poetry criticism has been published in the St. Paul Pioneer Press, the Minneapolis Star Tribune, Great River Review, Ruminator Review, and in other periodicals.

Smith lives in River Falls, Wisconsin with his wife Krista Spieler. He teaches poetry at the Loft Literary Center in Minneapolis, Minnesota. [5] 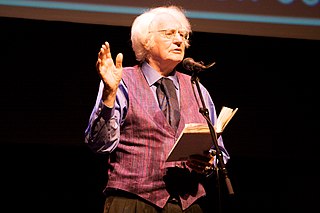 Robert Elwood Bly was an American poet, essayist, activist and leader of the mythopoetic men's movement. His best-known prose book is Iron John: A Book About Men (1990), which spent 62 weeks on The New York Times Best Seller list, and is a key text of the mythopoetic men's movement. He won the 1968 National Book Award for Poetry for his book The Light Around the Body.

Alden Albert Nowlan was a Canadian poet, novelist, and playwright.

Warren Woessner, poet and lawyer, studied creative writing with James McConkey and A. R. Ammons at Cornell University. He moved to Madison, Wisconsin, in 1966 and co-founded Abraxas Magazine with poet James Bertolino in 1968. He was also a founder of WORT-FM and hosted its poetry program. He received a Ph.D. in organic chemistry and a J.D. degree from the University of Wisconsin–Madison in 1971. His poetry has appeared in Poetry, Poetry Northwest, The Nation, Midwest Quarterly, CutBank, Poet Lore, and 5 A.M. Woessner's poetry and literary reviews have been published in The New York Times Book Review, American Book Review, Rain Taxi, and Midwest Review.

Elizabeth Winifred Brewster, was a Canadian poet, author, and academic.

Millicent Travis Lane is an American-born Canadian poet based in Fredericton, New Brunswick.

Thomas Matthew McGrath, was a celebrated American poet and screenwriter of documentary films. 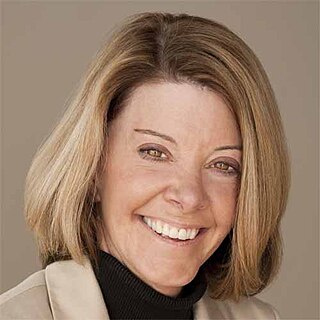 Sheila E. Murphy is an American text and visual poet who has been writing and publishing since 1978. She is the recipient of the Gertrude Stein Award for her book Letters to Unfinished J. Green Integer Press. 2003. Murphy was awarded the Hay(na)ku Poetry Book Prize from Meritage Press (U.S.A.) and xPress(ed) (Finland) in 2017 for her book Reporting Live from You Know Where. 2018. She currently lives in Phoenix, Arizona.

Pattiann Rogers is an American poet, and a recipient of the Lannan Literary Award for Poetry. In 2018, she was awarded a special John Burroughs Medal for Lifetime Achievement in Nature Poetry.

Gaylord Schanilec is an American wood engraver, printer, designer, poet, and illustrator. He is the proprietor of the press Midnight Paper Sales, located in Stockholm, Wisconsin. He has used the traditional wood engraving process to create illustrations for hundreds of works. 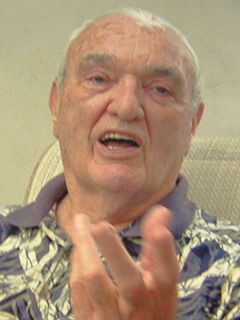 Robert Louis Peters was an American poet, critic, scholar, playwright, editor, and actor. He held a PhD in Victorian literature. Born in an impoverished rural area of northern Wisconsin in 1924, his poetry career began in 1967 when his young son Richard died unexpectedly of spinal meningitis. The book commemorating this loss, Songs for a Son, was selected by poet Denise Levertov to be published by W. W. Norton in 1967. Songs for a Son began a flood of poetry.

Louis Burke Jenkins was an American prose poet. He lived in Duluth, Minnesota, with his wife Ann for over four decades, beginning in 1971. He also lived in Bloomington, Minnesota. His poems have been published in a number of literary magazines and anthologies. Jenkins was a guest on A Prairie Home Companion numerous times and was also featured on The Writer's Almanac and on the Northern Lights TV Series.

Connie Wanek is an American poet.

Joyce Sutphen is an American poet who served as Minnesota's Poet Laureate from 2011 to 2021. She was the state's second laureate, appointed by Governor Mark Dayton in August, 2011. Sutphen also serves as a professor of English at Gustavus Adolphus College in St. Peter, Minnesota.

Todd (Ryan) Boss is an American poet, installation artist, and film producer, and inventor based in Minneapolis, Minnesota. He has published several collections of poetry and contributed to literary journals. He has also produced a large body of poetry intended for musical setting, most frequently in collaboration with the composer Jake Runestad.

Brian Bartlett is a Canadian poet, essayist, nature writer, and editor. He has published 14 books or chapbooks of poetry, two prose books of nature writing, and a compilation of prose about poetry. He was born in St. Stephen, New Brunswick, and lived in Fredericton from 1957 to 1975. While a high-school student and an undergraduate he attended the informal writers workshop the Ice House ; there and elsewhere he benefited from the generosity and friendship of writers such as Nancy and William Bauer, Robert Gibbs, Alden Nowlan, A.G. Bailey, Kent Thompson, Fred Cogswell, David Adams Richards, and Michael Pacey. After completing his B.A. at the University of New Brunswick, including an Honours thesis entitled "Dialogue as Form and Device in the Poetry of W.B. Yeats," Bartlett moved to Montreal Quebec, and stayed there for 15 years. He completed an M.A. from Concordia University, with a short-story-collection thesis, and a PhD at Université de Montréal. While living in Montreal, Bartlett worked as a proofreader, tutor, manual laborer, office assistant for an academic journal, and part-time instructor. In 1990 he relocated to Halifax, Nova Scotia to teach Creative Writing and English at Saint Mary's University. https://www.writers.ns.ca/members/profile/24< http://www.stu-acpa.com/brian-bartlett.htmlhttps://www.writersunion.ca/member/brian-bartlett

F. J. Bergmann is the pen name of Jeannie Bergmann, an American editor and writer of speculative poetry and prose fiction.