Thomas R. Watjen (born c. 1955) is an American businessman. He is the former chairman and chief executive officer of Unum.

Watjen was born circa 1955. [1] He graduated from the Virginia Military Institute, [2] where he earned a bachelor's degree in 1976, and he earned a master in business administration from the University of Virginia Darden School of Business in 1981. [1]

Sir Peter John Davis is a British businessman, who was, from 2000 to 2004, the CEO of J Sainsbury plc, which operates the UK supermarket chain Sainsbury's.

Douglas Ivester is an American businessman. He served as the chairman and chief executive officer of The Coca-Cola Company from 1997 to 2000.

Unum Group is a Chattanooga, Tennessee-based Fortune 500 insurance company formerly known as UnumProvident. Unum Group was created by the 1999 merger of Unum Corporation and The Provident Companies and comprises four distinct businesses – Unum US, Unum UK, Unum Poland and Colonial Life. Its underwriting insurers include The Paul Revere Life Insurance Company and Provident Life and Accident Insurance Company. Unum is the top disability insurer in both the United States and United Kingdom and also offers other insurance products including accident, critical illness and life insurance.

Tidjane Thiam is an Ivorian banker who was the chief executive officer (CEO) of Swiss bank Credit Suisse from March 2015 to February 2020. He was the chief financial officer of British banking group Prudential from 2007 to 2009, and then its CEO until 2015. In 2019, Thiam became a member of the International Olympic Committee (IOC).

Mark Edward Tucker is an English businessman, best known for his various roles at Prudential plc, where he was the CEO until September 2009. He currently serves as Group Chairman of HSBC Holdings plc. 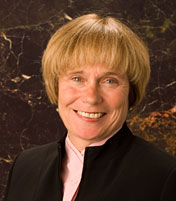 Elizabeth “Betsy” Ashburn Duke is an American bank executive, most notable for being a member of the Board of Governors of the Federal Reserve System of the United States from 2008 through 2013. She was confirmed by the Senate June 27, 2008 to fill an unexpired term ending January 31, 2012. She was the seventh woman to be appointed to the board. In July 2013 she announced her resignation from the board.

Clark Preston Manning Jr., also known as Clark Manning or Clark Preston Manning, is an American actuary and business manager. He was president and CEO during 2002–2010 of Jackson National Life, a major U.S. insurance company located in Lansing, Michigan. He also served on the board of directors of Prudential plc, one of the largest public financial companies in the world, during 2002–2010. He currently is chairman of the board of directors of PPM America, Inc., a major U.S. investment management firm that is another subsidiary of Prudential plc.

John R. Strangfeld is an American businessman. He is the former chairman, chief executive officer, and president of Prudential Financial. 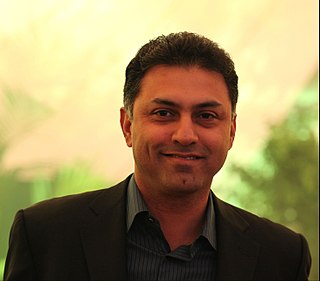 Summerfield Johnston Jr., aka Skey Johnston, is an American businessman and polo player. He served as Chairman of the Board and Chief Executive Officer of Coca-Cola Enterprises from 1991 to 2001.

Beth Elaine Mooney is an American financial executive who is the first woman to be CEO of a top-20 U.S. bank. On May 1, 2011 KeyCorp named Mooney its chairwoman and chief executive officer of the Cleveland, Ohio-based bank. From November 2010 until May 1, 2011 she was the president and the chief operating officer at KeyCorp.

Paul Victor Falzon Sant Manduca was chairman of Prudential plc in the United Kingdom from July 2012 until December 2020. Paul Manduca was awarded a Maltese Order of Merit in December 2018.

George Paz is the chairman, and former CEO, of Express Scripts, a Fortune 100 company, and the largest pharmacy benefit management (PBM) organization in the US.

Theodore F. Craver, Jr. is an American business executive. He is the retired Chairman, President and Chief Executive Officer (2008-2016) of Edison International, a public utility holding company listed on the New York Stock Exchange with $13 billion in revenues and $57 billion in assets.

Rick McKenney is an American businessman. He is currently known as the CEO of the insurance company Unum. Previously the Unum chief financial officer since 2009, in April 2015 he became CEO and president. Before Unum, he was CFO for Sun Life Financial and Genworth Financial. In 2016, he was on the Wall Street Journal CEO Council.

Steven C. Voorhees is an American business executive. He is the chief executive officer of WestRock.

L. Phillip Humann is an American business executive. He is a former chairman and chief executive officer of SunTrust Banks.