Thomas Reid (Read, Rhaedus) (died 1624) was a Scottish humanist and philosopher who became Latin secretary to King James VI and I.

He was second son of James Reid, minister of Banchory Ternan, Kincardineshire, a cadet of the Pitfoddels family. Alexander Reid (doctor) (1586?–1643) the surgeon, was a younger brother. Thomas was educated at the grammar school, Aberdeen, and at Marischal College and University, where he appears to have graduated M.A. about 1600. In 1602 he was appointed to a mastership in the grammar school, which he resigned in the following year on being chosen one of the regents in Marischal College.

After conducting a university class through the four years of their curriculum, he went to the continent, where he continued his studies, at first in France, and afterwards at the universities of Rostock [1] and Leipzig. While at Rostock, where he was admitted a docent in December 1608, [2] he taught philosophy and humanities for several years; and carried out a disputation on metaphysical subjects with Henningus Arnisæus, then professor of medicine in the University of Frankfurt. He matriculated at Leipzig in the summer of 1613.

Returning to England, he associated with Patrick Young in the translation into Latin of James I's English writings, and in 1618 was appointed Latin secretary to the king, an office which he retained until his death in 1624. In 1620 he was, with his brother Alexander, incorporated M.A. at Oxford.

Several of his poems appear in the Delitiæ Poetarum Scotorum (Amsterdam, 1637). Reid's major works are:

He was also the founder of the first public reference library in Scotland. By his will he bequeathed to the town and new college of Aberdeen his collection of books, and six thousand merks to endow a librarian who would keep the library open four days a week. Reid's collection, which included editions of the classics and manuscripts, now forms a part of the library of the University of Aberdeen; [3] but his endowment was diminished under the management of the town council. From 1733 to 1737 the librarianship was held by Reid's kinsman and namesake, Thomas Reid (1710–1796), the philosopher.

Valens Acidalius, also known as Valtin Havekenthal, was a German critic and poet writing in the Latin language.

Francisco Suárez, was a Spanish Jesuit priest, philosopher and theologian, one of the leading figures of the School of Salamanca movement, and generally regarded among the greatest scholastics after Thomas Aquinas. His work is considered a turning point in the history of second scholasticism, marking the transition from its Renaissance to its Baroque phases. According to Christopher Shields and Daniel Schwartz, "figures as distinct from one another in place, time, and philosophical orientation as Leibniz, Grotius, Pufendorf, Schopenhauer and Heidegger, all found reason to cite him as a source of inspiration and influence."

John Smyth was an English Anglican, Baptist, then Mennonite minister and a defender of the principle of religious liberty.

Daniel Cramer was a German Lutheran theologian and writer from Reetz (Recz), Brandenburg. He was an opponent of the Ramists and the Jesuits.

David Fordyce was a Scottish philosopher, a contributor to the Scottish Enlightenment.

George Turnbull was a Scottish philosopher, theologian, teacher, writer on education and an early but little-known figure in the Scottish Enlightenment. He taught at Marischal College, Aberdeen, worked as a tutor and became an Anglican clergyman. Aside from his published writings on moral philosophy, he is also known for the influence he exerted on Thomas Reid and as the first member of the Scottish Enlightenment to publish a formal treatise on the theory and practice of education. 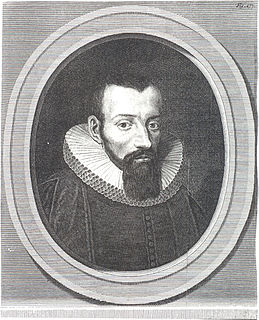 Bartholomäus Keckermann was a German writer, Calvinist theologian and philosopher. He is known for his Analytic Method. As a writer on rhetoric, he is compared to Gerhard Johann Vossius, and considered influential in Northern Europe and England.

Henning Arnisaeus (Arniseus) (1570–1636) was a German physician and moral philosopher. He is now known for his writings on political theory.

Jens Ågessøn Bjelke was a Norwegian nobleman who was Chancellor of Norway from 1614 to 1648, when he was succeeded by Hannibal Sehested. He was the son of Åge Bjelke and Margrethe Thott. At the time of his death, he was Norway's largest land owner. After his tenure as Chancellor, the office largely lost its influence and was abolished in 1679. 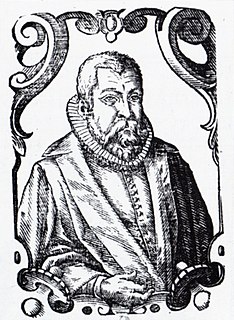 Otto Walper was a German theologian and philosopher. 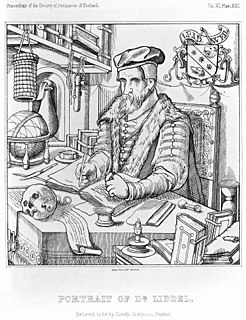 Duncan Liddel was a Scottish mathematician, physician and astronomer.

Christoph Scheibler was a German philosopher, classical philologist, Lutheran theologian and metaphysician. He was Professor of Logic and Metaphysics at the University of Giessen from 1610. He was appointed as Superintendent, i.e. Bishop, in 1625.

Jakob Martini was a German Lutheran theologian and philosopher.

Dr James Melvin LLD (1795–1853) was a 19th-century Scottish scholar of Latin. He gathered a huge library and was the foremost Latin scholar of his day in Scotland.