Thomas Riccio may refer to:

David Rizzio, sometimes written as David Riccio or David Rizzo, was an Italian courtier, born close to Turin, a descendant of an ancient and noble family still living in Piedmont, the Riccio Counts di San Paolo e Solbrito, who rose to become the private secretary of Mary, Queen of Scots. Mary's husband, Lord Darnley, is said to have been jealous of their friendship, because of rumours that he had impregnated Mary, and joined in a conspiracy of Protestant nobles, led by Patrick Ruthven, 3rd Lord Ruthven, to murder him. The murder was the catalyst for the downfall of Darnley, and it had serious consequences for Mary's subsequent reign. Mary was having dinner with Rizzio and a few ladies-in-waiting when Darnley joined them, accused his wife of adultery and then had a group of knaves murder Rizzio, who was hiding behind Mary. Mary was held at gunpoint and Rizzio was stabbed numerous times. His body took 57 dagger wounds.

Suzanne Riccio-Major, also known as Suzanne Riccio, is a former female boxer who fought two times for world titles. She also competed against many of women's boxing top fighters.

Francesco Solimena was a prolific Italian painter of the Baroque era, one of an established family of painters and draughtsmen.

The Thief Lord is a children's novel written by Cornelia Funke. It was published in Germany in 2000 and translated into English by Oliver Latsch in 2002 for The Chicken House, a division of Scholastic publishing company. It was also adapted into a film in 2006.

Pietro Crinito, known as Crinitus, or Pietro Del Riccio Baldi, was a Florentine humanist scholar and poet who was a disciple of Poliziano.

Paolo Riccio was a German Jewish convert to Christianity in the first half of the sixteenth century. He became professor of philosophy in the University of Pavia; subsequently he was physician to Emperor Maximilian I.

Zygote is the debut studio album by American singer-songwriter John Popper. Produced by Terry Manning, it was released on September 7, 1999, less than a month after the death of bassist Bobby Sheehan. Accompanying Popper on this album is Carter Beauford on drums, and Crugie Riccio on guitar, Rob Clores, and Dave Ares.

Jeannie Haddaway-Riccio is Maryland's Secretary of Natural Resources. She previously served as the Deputy Chief of Staff to Maryland Governor Larry Hogan (2016-2019); as Director of Intergovernmental Affairs for Hogan (2015-2016); and as a member of the Maryland House of Delegates, from District 37B (2003-2015).

Felice Riccio (1542–1605) was an Italian painter of the late-Renaissance period, born and mainly active in Verona. He is also known as il Brusasorci or Brusasorzi or Felice Brusasorci. He was the son of the painter Domenico Riccio. He painted a Deposition for the church of Tombazosana in the town of Ronco all'Adige. He painted a canvas for the Sanctuary-Basilica of Santa Maria della Pace in Verona.

Thomas P. Riccio is an American multimedia artist and academic. He received his BA from Cleveland State University in English Literature in 1978, his MFA from Boston University in 1982, and studied in the PhD program in Performance Studies at New York University from 1983 to 1984. Riccio has directed over one hundred plays at American regional theatres, off-off and off Broadway and has worked extensively in the area of indigenous and ritual performance conducting research and/or creating performances in: South Africa, Zambia, Burkina Faso, Tanzania, Kenya, Ethiopia, Europe, Russia, Siberia, Korea, India, Nepal, China, and Alaska. In 1993 the People's Republic of Sakha declared him a “Cultural Hero”.

Dennis Riccio is a former American football and wrestling coach. He served as the head football coach at Frostburg State University in Frostburg, Maryland 1987 to 1991 and at St. Lawrence University in Canton, New York from 1992 to 1997, compiling a career college football record of 42–62. Before his stint at Frostburg State, Riccio was the defensive coordinator at Augustana College in Rock Island, Illinois under head coach Bob Reade from 1983 to 1986, during which time the Augustana Vikings won four consecutive NCAA Division III Football Championships. Ricco played college football at Illinois State University as a linebacker from 1964 to 1966. Riccio also wrestled at Illinois State. He moved to Augusta in 1979 to become head wrestling coach and assistant football coach. He served as head wrestling coach there from 1979 to 1987, tallying a record of 63–56–3.

Bill Riccio is a leader in the white power skinhead movement in the United States gained public notoriety for his appearance in the 1992 documentary Skinheads: Soldiers of the Race War. He has been convicted numerous times on illegal weapon possession, the most recent of which was in 1992

Luigi Ginginiello Riccio is a former Italian Camorrista who is now a pentito. While initially a member of the Nuova Camorra Organizzata, Riccio switched sides and joined the rival Nuova Famiglia only eight months before his collaboration with the Italian Justice department in 1983. He was one of the eight major pentiti whose testimony dealt a massive blow to the NCO's organizational structure. By the time of his defection, Luigi Riccio had a reputation as one of the bloodiest and most fearsome killers in the NCO, but was also considered to be a fickle individual for his well-known propensity of switching sides.

Luigi "Gigi" Riccio is an Italian football coach and former midfielder, who last played for Sassuolo. He played his last match on 29 May 2011. He currently works as the assistant manager of AC Milan. 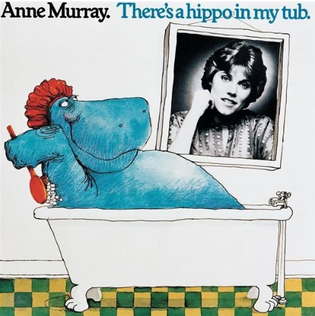 There's a Hippo in My Tub is a 1977 children's album by Anne Murray. Though the album did not make any of the major charts in the U.S. or Canada, it was certified Platinum in Canada. The album was initially reissued in 1979 by Sesame Street Records entitled "Anne Murray Sings for the Sesame Street Generation". It was again reissued in 2001 in CD format by EMI Music Canada, including three extra songs not on the original album. It was produced by Pat Riccio, Jr.

Luigi del Riccio was an acquaintance of Michelangelo who was deeply hurt by the death of his nephew Cecchino Bracci. He gave Michelangelo many gifts so that Michelangelo would keep writing him epitaphs.

Riccio may refer to: