Thomas Rice Burnham (1834-1893) or T.R. Burnham was an American photographer. In the 1860s he worked in Maine with Asa Marsh Burnham as "Burnham Bros." [1] [nb 1] He later moved to Boston, Massachusetts and operated from a studio on Washington Street until at least 1885. [3] [4] [5] [nb 2] He belonged to the Boston Photographic Society and/or Boston Association of Photographers; among his contemporaries were J.W. Black, E.J. Foss, and E.F. Smith. [7] [8] Portrait subjects included Edwin Booth, Alvan Clark & Sons, Edw M Endicott, [9] Clement Granch, [10] Ulysses S. Grant, [11] William Stevens Perry, [12] George Antony Smalley, [13] and Nathan and Mary Barrett Warren. [14] Burnham showed photos in the 1876 Philadelphia Centennial Exposition [15] and the 1887 exhibition of the Massachusetts Charitable Mechanic Association. [16] 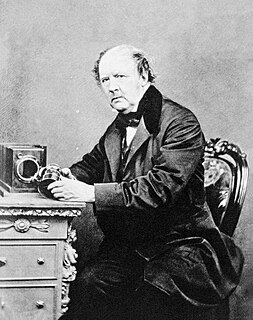 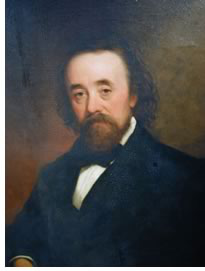 Richard Upjohn was a British-born American architect who emigrated to the United States and became most famous for his Gothic Revival churches. He was partially responsible for launching the movement to such popularity in the United States. Upjohn also did extensive work in and helped to popularize the Italianate style. He was a founder and the first president of the American Institute of Architects. His son, Richard Michell Upjohn, (1828-1903), was also a well-known architect and served as a partner in his continued architectural firm in New York. 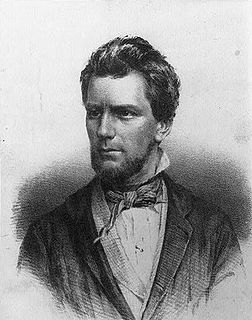 John Adams Whipple was an American inventor and early photographer. He was the first in the United States to manufacture the chemicals used for daguerreotypes. He pioneered astronomical and night photography. He was a prize-winner for his extraordinary early photographs of the moon and he was the first to produce images of stars other than the sun. Among those was the star Vega and the Mizar-Alcor stellar sextuple system, which was thought to be a double star until 2009. 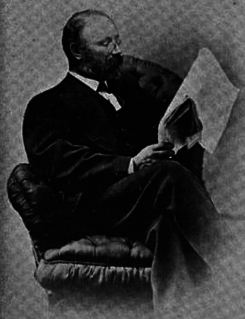 Albert Levy was a French photographer active in Europe and the United States. Most active in the 1880s and 1890s, he was a pioneer of architectural photography. 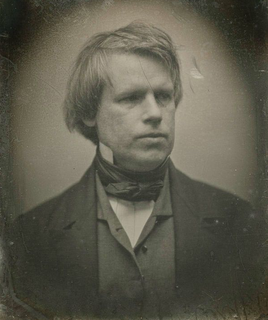 Josiah Johnson Hawes (1808–1901) was a photographer in Boston, Massachusetts. He and Albert Southworth established the photography studio of Southworth & Hawes, which produced numerous portraits of exceptional quality in the 1840s–1860s.

John Payson Soule (1828-1904) was a photographer and publisher in Boston, Massachusetts, and Seattle, Washington. 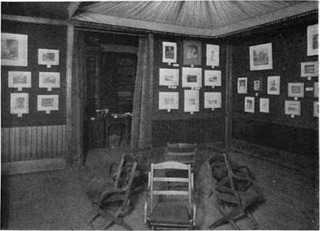 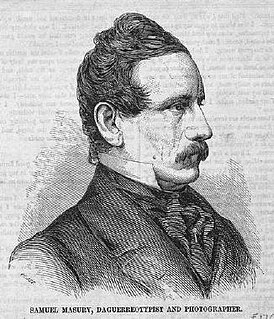 Samuel Masury was a photographer in 19th-century Boston, Massachusetts. He trained with photographer John Plumbe around 1842. In 1853-1855 he partnered with G.M. Silsbee as "Masury & Silsbee", daguerreotypists, on Washington Street. Masury "traveled to Paris in 1855 to learn the glass negative process from the Bisson brothers, whose landscapes and architectural views were internationally celebrated." By 1858 he ran his own studio in Boston, on Washington Street. He presented work in the 1860 exhibition of the Massachusetts Charitable Mechanic Association. 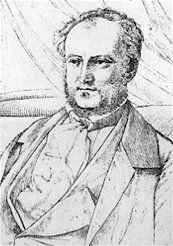 John Plumbe Jr. was a Welsh-born American entrepreneurial photographer, gallerist, publisher, and an early advocate of an American transcontinental railroad in the mid-19th century. He established a franchise of photography studios in the 1840s in the U.S., with additional branches in Paris and Liverpool. He created a lithographic process for reproducing photographic images, called the "plumbeotype."

The National Photographic Association of the United States (1868–1880) formed "for the purpose of elevating and advancing the art of photography, and for the protection and furthering the interests of those who make their living by it." In particular, the group organized initially to prevent "the reissue of the ... ambrotype patent." 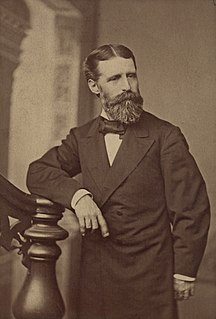 Deloss Barnum (1825–1873) was a photographer in New York and Boston, Massachusetts in the mid-19th century. Around 1857 he kept a daguerreotype studio on Winter Street in Boston; by 1858 he had moved to Commercial Street. In 1856-1860 he lived in Roxbury. He participated in the 1860 exhibition of the Massachusetts Charitable Mechanic Association. He died October 7, 1873 in Cortland, New York.

Augustine H. Folsom or A.H. Folsom was a photographer in the Boston, Massachusetts-area in the late 19th and early 20th centuries. Subjects included buildings in Massachusetts, Maine, and Georgia. Folsom showed photographic work in the Massachusetts Charitable Mechanic Association exhibitions of 1874 and 1881. He lived in Roxbury, c. 1870–1926. Works by Folsom reside in the collections of the Boston Public Library; Historic New England; Metropolitan Museum, NY; Museum of Fine Arts, Boston; the Georgia State Archives; and the American Antiquarian Society.

Tremont Row (1830s-1920s) in Boston, Massachusetts, was a short street that flourished in the 19th and early-20th centuries. It was located near the intersection of Court, Tremont, and Cambridge streets, in today's Government Center area. It existed until the 1920s, when it became known as Scollay Square. In 1859 the Barre Gazette newspaper described Tremont Row as "the great Dry Goods Street of Boston." 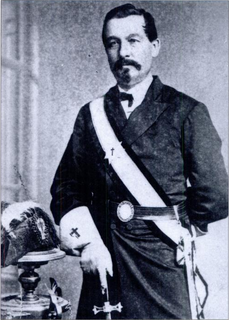 Carl Caspar Giers was a German-born American photographer active primarily in Nashville, Tennessee, in the mid-19th century. In documenting Nashville's rapid postwar growth and expansion, he photographed numerous prominent individuals, including political leaders, Civil War generals, and important business and cultural figures. A popular resident of the city, he served one term in the Tennessee House of Representatives (1874–1875), having been the nominee of both the Democratic and Republican parties.

Eliphalet J. Foss (1840–1922/1923) or E.J. Foss was an American photographer active in Boston, Massachusetts. He lived/worked on Tremont Row. He belonged to the Boston Photographic Association; contemporaries included Thomas Rice Burnham. Around 1880, his business was taken over by A.B. Eaton. Examples of Foss' work are in Harvard University, the Henry Ford Museum, and Massachusetts Historical Society. His wife was the elocutionist, Louise Woodworth Foss.

Wikimedia Commons has media related to T.R. Burnham .
This page is based on this Wikipedia article
Text is available under the CC BY-SA 4.0 license; additional terms may apply.
Images, videos and audio are available under their respective licenses.