Thomas Rosenkranz is a contemporary American pianist, noted for performances of modern and international music.

Rosenkranz, born in 1977, studied with Robert Shannon at the Oberlin Conservatory and with Nelita True at the Eastman School of Music where he received a Doctoral degree in Performance and was awarded the Performer's Certificate. He also studied privately with Yvonne Loriod-Messiaen in Paris.

Rosenkranz was the National Winner of the MTNA Collegiate Piano Competition in 1999 and was awarded the Classical Fellowship from the American Pianists Association in 2003. His recital activities have taken him throughout the world with performances at the Lincoln Center (New York), Kennedy Center (D.C.), 92nd Street Y (New York), Hilbert Circle Theatre (Indianapolis), Poly Theatre (Beijing), National Concert Hall (Shanghai), L'Acropolium (Carthage), Théâtre de la Ville (Tunis), Shanghai Contemporary Festival (Shanghai), International House of Tokyo (Tokyo), and Poly Theatre (Beijing). He has appeared as soloist with the Indianapolis Symphony Orchestra, the National Orchestra of Beirut, Northwest Chamber Orchestra and was the featured soloist for the Oberlin Orchestra's 2006 Tour of China. He has also worked directly with many notable contemporary composers including George Crumb, Frederic Rzewski, John Adams (composer), and Steve Reich.

As an Artistic Ambassador sponsored by the United States Department of State, Rosenkranz has traveled to Tunisia more than a dozen times to perform with local Tunisian musicians at such notable venues as the Roman Amphitheatre of Carthage and the Tabarka Jazz Festival. In the summer of 2009 he returned as a cultural specialist in a unique collaboration with the American Embassy of Tunisia where he presented a recital and a week-long master class for the region's most promising pianists. His 2008 solo tour of China and Inner Mongolia included stops in Dalian, Shenyang, and in Dashiqiao where he presented the first public piano recital in the history of the city. He continues to travel to Taiwan each year to give concerts and master classes at Tunghai University and the National Hualien School of Education.

In addition to his concert engagements, the education of musicians plays an important role in his musical activities. He has been presented in master class at such notable institutions as the Shanghai Conservatory, Shenyang Conservatory, and Northwestern University. He has been Artist-in-Residence at the Institutes of Music of Beirut and Tunis and each summer teaches courses on contemporary music and improvisation at the SoundScape Festival in Italy. He was the founder of the Hawaii Institute for Contemporary Music and has served as a jury member at the Oberlin International Piano Competition and Festival. A former faculty member at the University of Hawaii at Manoa and Bowling Green State University, he is currently on the faculty at the Conservatory of Music and Dance at the University of Missouri-Kansas City.

Zheng Yin is a Chinese pianist from Shanghai. 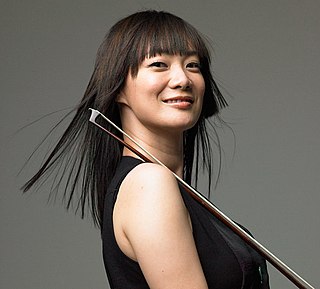 Sergei Polusmiak born in 1951 in Kharkiv, Ukraine is a Ukrainian Pianist "Merited Artist of Ukraine". He graduated from Kharkiv Music College in 1969 and from Kharkiv Conservatory in 1975, where he studied with Regina Horowitz, sister of Vladimir Horowitz. in 1978 he received the Post Graduate Diploma at Kiev Conservatory, Ukraine and in 1981 completed Advanced Studies at Moscow State Tchaikovsky Conservatory, Russia. From 1975 to 1998 Sergei Polusmiak was teaching at Kharkiv Conservatory and at the Kharkiv Special Music School for Gifted Children Sergei Polusmiak started his professional career as a music educator and as a concert pianist by teaching, giving master classes, playing solo piano recitals, chamber music recitals and as a soloist with symphony orchestras. For his contribution as a concert pianist Sergei Polusmiak was awarded the title of "Merited Artist of Ukraine" by the President of Ukraine. in 1996 Sergei Polusmiak became a Full Professor of piano at Kharkiv Institute of Arts.

Enrico Elisi is an Italian pianist from Bologna, Italy.

Alan Feinberg is an American classical pianist. He has premiered over 300 works by such composers as John Adams (composer), Milton Babbitt, John Harbison, Charles Ives, Steve Reich, and Charles Wuorinen, as well as the premiere of Mel Powell's Pulitzer Prize winning Duplicates. He is an experienced performer of both classical and contemporary music and is well known for recitals that pair old and new music.

Joseph Banowetz is an American-born pianist, pedagogue, author, and editor, currently teaching at the University of North Texas. Banowetz is an expert on the music of the Russian Romantic Composer, Anton Rubinstein.

Vardan Mamikonian is an Armenian pianist, and also a naturalised French citizen.

Svetlana Smolina is a Russian pianist.

William David Black was an American pianist and teacher.

Antonio Pompa-Baldi is an Italian-American pianist. Described by Donald Rosenberg of The Plain Dealer as "a musician of myriad superlative qualities" and by Allan Kozinn of The New York Times as a "a poised, assured player with a solid technique", Pompa-Baldi won the first prize in the 1999 Cleveland International Piano Competition. He was also a prizewinner of the 1998 Marguerite Long-Jacques Thibaud Competition and the 2001 Van Cliburn International Piano Competition. Pompa-Baldi continues to regularly perform internationally as a recitalist, as a chamber musician, and as a soloist with such orchestras as the Boston Pops, Houston Symphony, Cape Town Philharmonic Orchestra, Berliner Symphoniker, and the Orchestre philharmonique de Radio France under such conductors as Hans Graf, Miguel Harth-Bedoya, and Theodore Kuchar. Additionally, Pompa-Baldi currently serves as Distinguished Professor of Piano at the Cleveland Institute of Music and as honorary guest professor and visiting professor at three universities in China, including the China Conservatory of Music.

Xie Jingxian is a Han Chinese pianist from Shanghai. She is also known by her English name, Jane Xie.

George Li is an American concert pianist who was a recipient of an Avery Fisher Career Grant in 2016 and silver medalist of the 2015 International Tchaikovsky Competition.

Giorgi Latso is a Georgian-American concert pianist, film composer, arranger, adjudicator, improviser and Doctor of Musical Arts. He is listed on the list of famous alumni from USC Thornton School of Music. Latso has won several international piano competitions and awards. He is best known for his interpretations of Chopin and Debussy. His concerts have been broadcast on radio and television in Europe, Asia, and the Americas. He currently resides in Los Angeles, California.

Vanessa Benelli Mosell is an Italian pianist and conductor.

Ruei-Bin Chen is a Taiwanese concert pianist, who was selected by the government in a talent search and sent to Vienna, where he obtained a concert diploma at the Conservatory. Subsequently, he received a soloist's examination award from the Hannover Hochschule für Musik and then continued his study under the Russian pianist Lazar Berman.

Henry Kramer is an American pianist.

Angela Cheng is a Hong Kong-born Canadian classical pianist. She has performed internationally as a recitalist and as a guest soloist with orchestras. Cheng is a professor of piano at the Oberlin Conservatory of Music.