Thomas Rowley (fl. 1612 –1628), explorer and pioneer, born Shropshire, England, was one of the first settlers of John Guy's colony at Cuper's Cove, Conception Bay, Newfoundland, Canada. Rowley had accompanied John Guy on his expedition to Trinity Bay from Cuper's Cove in search of the Beothuk to make friendly relations with them for trade.

In 1618 or 1619 both Rowley and William Hannam had entered into a partnership with Sir Percival Willoughby by accepting a grant to half his land as described from a line drawn from Carbonear to Heart's Content to include all land north of that line in exchange for development separate from the Cuper's Cove Colony. Disagreements with Hannam had delayed this plan but he did convince eight settlers from Cuper's Cove to settle Heart's Content in the winter of 1619. Then in 1620 he had abandoned the venture with Percival Willoughby citing he had not received legal title to the land.

Sir Percival Willoughby was a prominent land owner, businessman, and entrepreneur involved during his lifetime variously in mining, iron smelting, and glass making enterprises in Nottinghamshire. He was also an important investor in the Newfoundland Company. He married Bridget Willoughby, his second cousin, the daughter of Sir Francis Willoughby, builder of Wollaton Hall. She, as co-heiress of her father, inherited Wollaton Hall. Sir Percival sold all the lands he had inherited from his father in Kent to pay off some of the enormous debts the construction of the Hall had entailed. Sir Percival and his wife Lady Bridget eventually occupied the new building but in later generations it was never the principal home of the Willoughby family. Middleton Hall in Warwickshire was the family's usual residence. Willoughby was knighted by King James I on 20 April 1603 at Worksop and shortly afterwards was returned as member of Parliament for Nottinghamshire and Tamworth in King James' first parliament, choosing to sit for Nottinghamshire. He was returned again and sat for Tamworth in 1614.

Heart's Content is an incorporated town in Trinity Bay on the Bay de Verde Peninsula of Newfoundland and Labrador, Canada. The natural harbour that makes up the town is located on the east side of Trinity Bay and it is built along the northeast side and the southeast base of this harbour.

Rowley has been remembered in a poem by Robert Hayman, governor of the Bristol plantation, when he wrote;

Robert Hayman was a poet, colonist and Proprietary Governor of Bristol's Hope colony in Newfoundland.

my good friend Master Thomas Rowley who from the first plantation hath liv’d in Newfound-land, little to his profit. 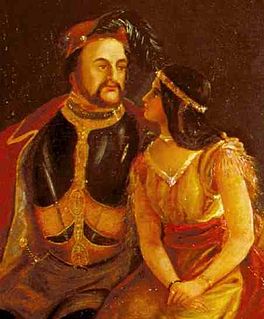 Captain John Mason (1586–1635) was a sailor and colonizer born at King's Lynn, Norfolk, England, and educated at Peterhouse, Cambridge. He was appointed the second Proprietary Governor of Newfoundland's Cuper's Cove colony in 1615, succeeding John Guy. Mason arrived on the island in 1616 and explored much of the territory. He compiled a map of the island and wrote and published a short tract of his findings.

Cuper's Cove, on the southwest shore of Conception Bay on Newfoundland's Avalon Peninsula was an early English settlement in the New World, and the second one after Jamestown, Virginia to endure for longer than a year. It was established in 1610 by John Guy on behalf of Bristol's Society of Merchant Venturers, who had been given a charter by King James I of England to establish a colony on the island of Newfoundland. Most of the settlers left in the 1620s, but apparently a few stayed on and the site was continuously inhabited.

Sir George Yeardley (1587–1627) was a planter and three time colonial Governor of the British Colony of Virginia. He was also among the first slave holders in what would eventually become the United States. A survivor of the Virginia Company of London's ill-fated Third Supply Mission, whose flagship, the Sea Venture, was shipwrecked on Bermuda for 10 months in 1609-10, he is best remembered for presiding over the initial session of the first representative legislative body in Virginia in 1619. With representatives from throughout the settled portion of the colony, the group became known as the House of Burgesses. It has met continuously since, and is known in modern times as the Virginia General Assembly.

William Maximillian Stone, 3rd Proprietary Governor of Province of Maryland was an early, English settler in Maryland. He was governor of the colony of Maryland from 1649 to 1655.

Renews–Cappahayden is a small fishing town on the southern shore of Newfoundland, 83 kilometres south of St. John's.

Henry Crout settler, explorer was most likely from Devon in the English West Country. He became an investor in the London and Bristol Company and acted as Sir Percival Willoughby agent and guardian to his son Thomas at the Cuper's Cove plantation in Newfoundland.

John Slany, merchant, ship builder, born in Shropshire, England, was secretary of the Newfoundland Company and a member of the Merchant Taylor's Company. He had also invested in the East India Company.

William Colston was an Englishman and one of the first settlers in the colony at Cuper's Cove, Newfoundland and Labrador, Canada.

Thomas Willoughby colonist, born Wollaton, Nottingham, England was one of the first settlers in John Guy's colony at Cuper's Cove, Newfoundland, Canada. Willoughby is the third-eldest child of Bridget and Percival Willoughby. Willoughby, a noted black sheep of the family, was sent, along with his guardian Henry Crout, to Cuper's Cove to mend his ways and help in establishing his father's land ownership on the Bay de Verde Peninsula. He landed at Renews in 1612 before proceeding to Cuper's Cove. Willoughby had taken part in the exploration of the territory around the peninsula and took part in the fishery and was allowed to return to England in 1613. The winter prior to his departure back to England he tried to make amends for his troublesome ways in a letter to his family, where he stated:

indever [my] selfe in all goodnesse, that I hope in time you may live to se[e] mee become a newe man.

Bartholomew Pearson yeoman, settler, born in Wollaton, Nottingham, England was one of the group of English settlers of John Guy's colony at Cuper's Cove, Newfoundland who had arrived in 1612, two years after the colony was established.

Thomas Dermer was a 17th-century navigator and explorer. Thomas Dermer explored the eastern coastline of America from 1614 to 1620. He was associated with Captain John Smith, The Newfoundland Company, Sir Ferdinando Gorges, Jamestown, The Plymouth Company, and The Merchant Adventurers. Dermer, working side by side with Squanto, is credited with starting to normalize the relations between the Native Americans and Europeans. He was known to the Pilgrims from copies of his letters, that they had obtained. The Pilgrim colony directly benefited from the diplomatic ground work of Dermer and Squanto.

New Perlican is a town in the Canadian province of Newfoundland and Labrador. The town had a population of 188 in the Canada 2006 Census.

Cambriol or New Cambriol was the name given to one of North America's early Welsh colonies established by Sir William Vaughan (1575–1641). The area Vaughan had purchased from the Company of Adventurers to Newfoundland in 1616 was all that land on the Avalon Peninsula located south of a line drawn from Caplin Bay to Placentia Bay. Vaughan had called the area New Cambriol — "a little Wales" in the New World. In his book The Golden Fleece, an allegory in praise of his colony, makes the following assertion concerning Cambriol:

This is our Colchos, where the Golden Fleece flourisheth on the backes of Neptunes sheepe, continually to be shorne. This is Great Britaines Indies, never to be exhausted dry.

Division No. 1, Subdivision I is an unorganized subdivision on the Avalon Peninsula in Newfoundland and Labrador, Canada. It is in Division 1 and contains the unincorporated community of Bristol's Hope.