Thomas Rutling (1854-1915) was an American former slave who became an original member of the Fisk Jubilee Singers, a choral group that toured throughout the United States and Europe. He was a tenor in the group.

Rutling was born on December 24, 1854, into slavery. His father had either been sold by slavers or had run away before his birth. Rutling was the youngest out of nine children. His mother was sold when he was age three. Rutling never found out the fate of his parents. At age eight, Rutling was put into fieldwork, but his master soon redirected him to household work. In 1865, Union soldiers freed him from slavery.

As a free man, Rutling travelled to Nashville, where his sister taught him to read and write. Rutling then started to work for a surgeon and then enrolled in high school at Fisk University. Thomas paid for his tuition by becoming a waiter for the teachers. He attended the Literary Society's weekly debates, which helped with his linguistic skills.

In 1871, Rutling joined the university's choir as a tenor. They toured across the country to raise funds and spread awareness for Fisk University. The choir was soon named the Fisk Jubilee Singers, since they sang renditions of Negro spirituals.

Rutling spent seven years touring with the Fisk Jubilee Singers in the United States, the United Kingdom and Europe. At the end of that period, he became ill and moved to Switzerland at the end of a tour. He supposedly fathered a son in Austria.

Rutling then returned to England, where he was sponsored as a singer by August Manns, an orchestral director. When public interest in his singing waned, he became a voice teacher at schools in Britain. In 1907, he toured church halls. Rutling published a short autobiography in Bradford and Devon.

Thomas Rutling died on April 26, 1915, at 97 Valley Drive, Harrogate. His death may have been due to liver cancer. Rutling's friends paid for his funeral and plot in Grove Road cemetery, including the stone cross inscribed "Late Jubilee Singer, Fisk University. They sing the song of the lamb".

Rutling was remembered with love and affection, his impact (mainly in Britain) was significant. He was remembered for his singing, his eloquence, and his role as a representative of the Afro-American arts. [1] [2] [3]

Spirituals is a genre of music that is "purely and solely the creation" of generations of African Americans, which merged African cultural heritage with the experiences of being held in bondage in slavery, at first during the transatlantic slave trade—the largest and one of the most inhumane forced migrations in recorded human history, and for centuries afterwards, through the domestic slave trade. Spirituals encompass the "sing songs," work songs, and plantation songs that evolved into the blues and gospel songs in church. In the nineteenth century, the word "spirituals" referred to all these subcategories of folk songs. While they were often rooted in biblical stories, they also described the extreme hardships endured by African Americans who were enslaved from the 17th century until the 1860s, the emancipation altering mainly the nature of slavery for many. Many new derivative music genres emerged from the spirituals songcraft.

Fisk University is a private historically black university in Nashville, Tennessee. The university was founded in 1866 and its 40-acre (16 ha) campus is a historic district listed on the National Register of Historic Places.

Robert Tear, CBE was a Welsh tenor singer, teacher and conductor. He first became known singing in the operas of Benjamin Britten in the mid-1960s. From the 1970s until his retirement in 1999 his main operatic base was the Royal Opera House, Covent Garden; he appeared with other opera companies in the UK, mainland Europe, the US and Australia. Generally avoiding the Italian repertoire, which did not suit his voice, Tear became known in leading and character roles in German, British and Russian operas.

Jubilee quartets were popular African-American religious musical groups in the first half of the 20th century. The name derives from the Fisk Jubilee Singers, a group of singers organized by George L. White at Fisk University in 1871 to sing Negro spirituals. The members of the original Fisk Jubilee Quartet (1909–1916) were Alfred G. King, James A. Myers, Noah W. Ryder, and John W. Work II. Students at other historically black schools, such as Hampton Institute, Tuskegee Institute and Wilberforce University, followed suit. Many independent jubilee troupes also found inspiration in the Fisk Jubilee Singers, such as the Original Nashville Students. 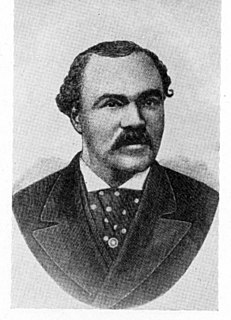 Thomas J. Bowers, also known as "The Colored Mario", was an American concert artist. He studied voice with African-American concert artist Elizabeth Taylor Greenfield and toured with her troupe for a few years before embarking on his own successful solo career. He was the brother of professional singer Sarah Sedgwick Bowers, known as "the Colored Nightingale", and John C. Bowers, a Philadelphia entrepreneur and church organist. 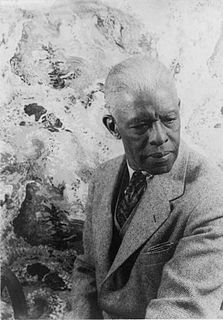 Roland Hayes was an American lyric tenor and composer. Critics lauded his abilities and linguistic skills demonstrated with songs in French, German and Italian. Earlier African-American concert artists were not recorded because in their day recording companies were only interested in a vaudeville type of singer. Hayes was one of the first to break this barrier and in 1939 he recorded with Columbia. Earlier both Marian Anderson and Paul Robeson had recorded from the classical repertoire. 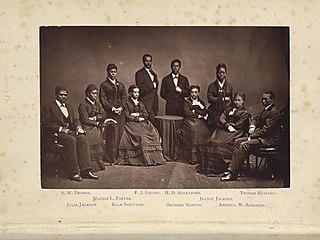 Maggie Porter (1853–1942) was a first-generation-freed slave, and she is most notable as an original member of the Fisk Jubilee Singers, one of only four members to participate in all three of the original tours by the group. She was known for her vocal talents as a soprano and also worked as a schoolteacher.

Matthew Washington Kennedy was an American classical pianist, professor, choral director, composer, and arranger of Negro Spirituals. He is widely known as the director of the historic Fisk Jubilee Singers of Nashville, Tennessee from 1957 to 1986.

Ella Sheppard was an American soprano, pianist, composer, and arranger of Negro Spirituals. She was the matriarch of the original Fisk Jubilee Singers of Nashville, Tennessee. She also played the organ and the guitar. Sheppard was a friend and confidante of African-American activists and orators Booker T. Washington and Frederick Douglass. 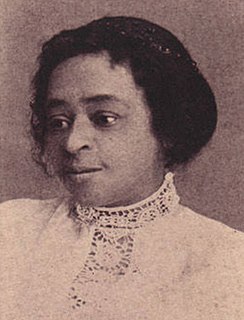 Mary Eliza Walker Crump was an African-American contralto singer and manager, one of the original Fisk Jubilee Singers.

Minnie Tate was the youngest original member of the Fisk Jubilee Singers, based in Nashville, Tennessee.

Jennie Jackson was an American singer and voice teacher. She was one of the original members of the Fisk Jubilee Singers, an African-American a cappella ensemble. She toured with the group from 1871 to 1877. In 1891 she formed her own sextet, the Jennie Jackson Concert Company.

The Original Nashville Students, also referred to as the Original Tennessee Jubilee and Plantation Singers, the Nashville Students, and H. B. Thearle's Nashville Students, were an ensemble of eight or nine African-American jubilee singers. The moniker “jubilee singer” was coined by George White for his a cappella group The Fisk Jubilee Singers. This was primarily a reference to the Jewish year of jubilee described in Leviticus 25. Additionally, jubilation elicits connections with emancipation and liberation, drawing on emotions of nationalist pride from both African American and white audiences. Adopting this title allowed the singers to brand themselves as those who were formerly enslaved, but who had triumphantly risen out of their oppression.