Thomas Schatz may refer to:

Citizens Against Government Waste (CAGW) is a 501(c)(4) non-profit organization in the United States. It functions as a think-tank, "government watchdog" and advocacy group for fiscally conservative causes. The Council for Citizens Against Government Waste (CCAGW) is the lobbying arm of CAGW, organized as a section 501(c)(4) organization and therefore ispermitted to engage in direct lobbying activities. According to its web site, "CAGW is a private, non-partisan, non-profit organization representing more than one million members and supporters nationwide. CAGW's stated mission is to eliminate waste, mismanagement, and inefficiency in the federal government." 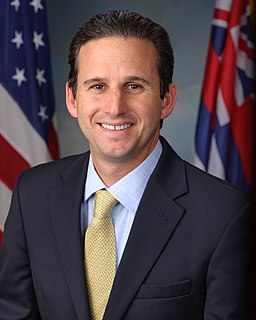 These are tables of congressional delegations from Hawaii to the United States Senate and United States House of Representatives.

Selman Abraham Waksman was a Ukrainian-born, Jewish-American inventor, biochemist and microbiologist whose research into the decomposition of organisms that live in soil enabled the discovery of streptomycin and several other antibiotics. A professor of biochemistry and microbiology at Rutgers University for four decades, he discovered a number of antibiotics, and he introduced procedures that have led to the development of many others. The proceeds earned from the licensing of his patents funded a foundation for microbiological research, which established the Waksman Institute of Microbiology located on Rutgers University's Busch Campus in Piscataway, New Jersey (USA). In 1952, he was awarded the Nobel Prize in Physiology or Medicine for "ingenious, systematic and successful studies of the soil microbes that led to the discovery of streptomycin." Waksman was later successfully sued for minimizing the role of Albert Schatz, a PhD student who worked under Waksman's supervision to discover streptomycin.

Albert Israel Schatz was an American microbiologist and science educator, best known as the discoverer of the antibiotic streptomycin. Schatz graduated from Rutgers University in 1942 with a bachelor's degree in soil microbiology, and received his doctorate from Rutgers in 1945.

The term Schatz can refer to: 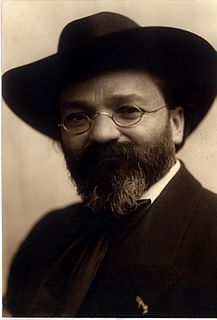 Boris Schatz was a Lithuanian Jewish artist and sculptor who settled in Palestine. Schatz, who became known as the "father of Israeli art," founded the Bezalel School in Jerusalem. After Schatz died, part of his art collection, including a famous self portrait by Dutch Master Jozef Israels, given to him by the artist, eventually became the nucleus of the Israel Museum. 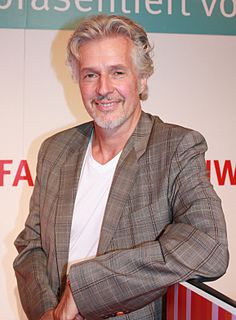 Frank Schätzing, is a German writer, mostly known for his best-selling science fiction novel The Swarm (2004).

Brian Emanuel Schatz is an American politician serving as the senior United States Senator from Hawaii since 2012. Schatz was appointed by Governor Neil Abercrombie to replace Senator Daniel Inouye after his death.

Silke Schatz is an artist based in Cologne.

Mark Schatz is an American bassist, banjoist, mandolinist, and clogger who has recorded and toured with artists such as albums for artists such as Bela Fleck, Nickel Creek, Jerry Douglas, Maura O'Connell, Tony Rice, John Hartford, Emmylou Harris, Linda Ronstadt, and Tim O'Brien. He is a two time International Bluegrass Music Association Bass Player of the Year award winner. Schatz toured and recorded with progressive acoustic trio Nickel Creek from 2003 until the start of the band's indefinite hiatus in late 2007. Schatz is also a solo artist who has recorded two solo albums on Rounder Records, his debut produced by Bela Fleck. His band, "Mark Schatz & Friends", is composed of Schatz, Casey Driessen, Missy Raines, and Jim Hurst. Schatz has produced albums for various bluegrass artists including The Duhks.

Jake Schatz is an Australian rugby union player. He currently plays as flanker or Number 8 for London Irish. Schatz made his debut for the Reds during the 2010 Super 14 season. He was educated at John Paul College (Brisbane) and the Anglican Church Grammar School.

Andy Schatz is a video game designer based in San Diego. He began developing video games at a young age and graduated from Amherst College. After graduation, he worked for various video game development companies, including TKO Software, before founding his own independent video game development studio Pocketwatch Games in 2004. Attempting to expand his company, Schatz tried enrolling into business school; all applications were rejected. As a result, he began working on games he was passionate about. Schatz has released four video games: Wildlife Tycoon: Venture Africa, Venture Arctic, Monaco: What's Yours Is Mine, and Tooth and Tail. His design philosophy revolves around taking inspiration from already existing media, such as films, and transforming it into a video game. 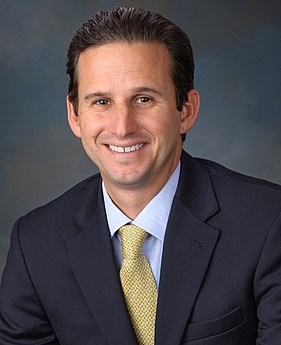 Rhodolaena is a genus of trees and shrubs in the family Sarcolaenaceae. The species are all endemic to Madagascar. The monophyly of the genus is unresolved.

Dave Schatz is a businessman, Republican member of the Missouri Senate, and former state representative. He was first elected in 2014 with 73% of the vote over Democrat Lloyd Klinedinst.