Thomas Scott was formerly the Assistant Surveyor-General of Tasmania. He was responsible for a significant survey of Tasmania in 1824 which led to the production of the most detailed map of the region at the time. [1] 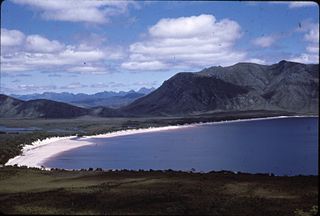 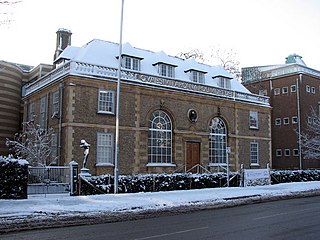 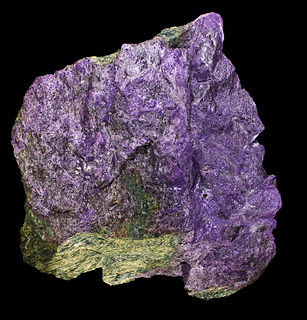 Stichtite is a mineral, a carbonate of chromium and magnesium; formula Mg6Cr2CO3(OH)16·4H2O. Its colour ranges from pink through lilac to a rich purple colour. It is formed as an alteration product of chromite containing serpentine. It occurs in association with barbertonite (the hexagonal polymorph of Mg6Cr2CO3(OH)16·4H2O), chromite and antigorite. 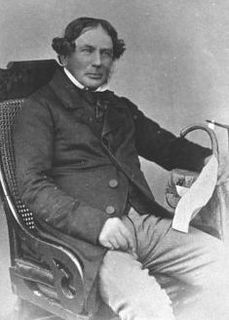 Mount Tyndall is a mountain that is part of the Tyndall Range, a spur off the West Coast Range, located in the Western region of Tasmania, Australia. 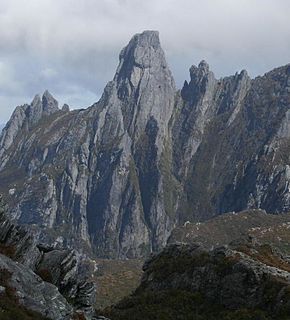 Federation Peak is a Tasmanian mountain with a sharp spire-like shape, which marks the end of the Eastern Arthur Range in the Southwest National Park. The peak, approximately 90 kilometres (56 mi) south-west from Hobart, was named after the Federation of Australia. 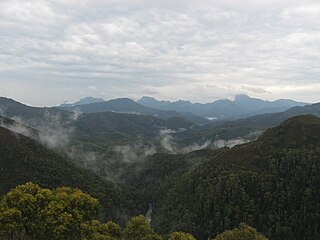 The Edgar Dam is an earthfill embankment saddle dam without a spillway, located offstream in the South West region of Tasmania, Australia. 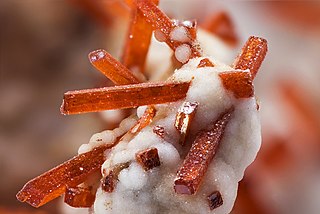 Cosgrove High School is a government co-educational comprehensive junior secondary school located in Glenorchy, a suburb of Hobart, Tasmania, Australia. Established in 1951 and named in honour of Sir Robert Cosgrove, the school caters for approximately 200 students from Years 7 to 10. The school is administered by the Tasmanian Department of Education. 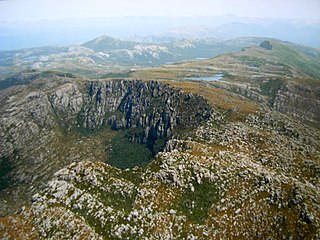 The Tyndall Range, commonly called The Tyndalls, is a mountain range that is part of the West Coast Range located in the Western region of Tasmania, Australia. 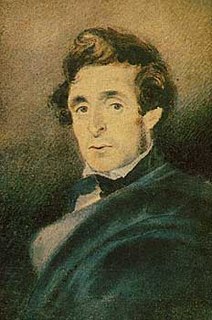 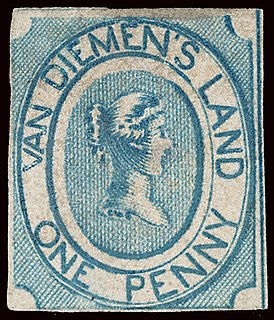 This is a survey of the postage stamps and postal history of Tasmania, a former British colony that is now part of Australia.

James Goodwin was a convict escapee and explorer in Van Diemen's Land. In March 1828, he escaped from the notorious Sarah Island prison with fellow convict Thomas Connolly, and the two were the first white men to pass through the Lake St Clair region. Assuming Goodwin was then taken on to Hobart, he is the first white man to have traversed Tasmania from west to east.

Events from the year 1843 in Scotland.