Thomas Shelby may refer to:

The Thomas Shelby House, also known as Kerr House, is a historic home located near Lexington, Lafayette County, Missouri. It was built about 1855, and is a two-story, Greek Revival style brick I-house. It has a two-story rear ell with two-story porch. The front facade features an entry portico with tapering octagonal posts and scrollwork balustrade.

Lakeside is a funk band, best known for their 1980 number one R&B hit, "Fantastic Voyage". 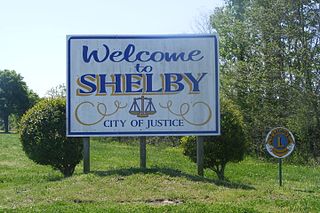 Shelby is a city in Bolivar County, Mississippi, United States. The population was 2,229 at the 2010 census, down from 2,926 in 2000. The town of Shelby was established in 1853 by Tom Shelby, who had purchased a block of land there from the federal government.

Shelby County is a county located in the U.S. state of Ohio. As of the 2010 census, the population was 49,423. Its county seat is Sidney. Its name honors Isaac Shelby, former governor of Kentucky. 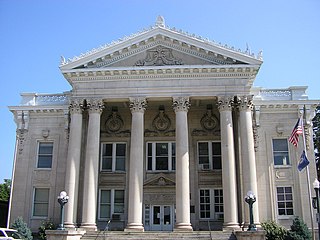 Shelby County is a county located in the U.S. state of Kentucky. As of the 2010 census, the population was 42,074. The county seat is Shelbyville. The county was founded in 1792 and named for Isaac Shelby, the first Governor of Kentucky.

Shelby County is a county in the U.S. state of Tennessee. As of the 2010 census, the population was 927,644. It is the state's largest county both in terms of population and geographic area. Its county seat is Memphis, a port on the Mississippi River and the second most populous city in Tennessee. The county was named for Governor Isaac Shelby (1750–1826) of Kentucky. 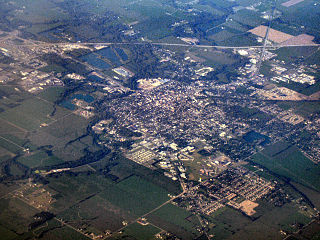 Shelbyville is a city in Addison Township, Shelby County, in the U.S. state of Indiana and is the county seat. The population was 19,191 as of the 2010 census.

Shelby is a city in and the county seat of Cleveland County, North Carolina, United States. It lies near the western edge of the Charlotte combined statistical area. The population was 20,323 at the 2010 census.

The AC Cobra, sold as the Shelby Cobra in the United States, is an Anglo-American sports car with a Ford V8 engine, produced intermittently in both the UK and the US since 1962. 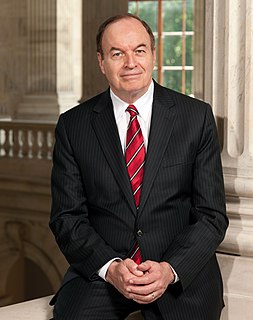 Richard Craig Shelby is an American politician serving as the senior United States Senator from Alabama. First elected to the U.S. Senate in 1986, he is the Chairman of the Senate Appropriations Committee, succeeding Thad Cochran. He previously served as Chairman of the U.S. Senate Committee on Banking, Housing, and Urban Affairs and Senate Committee on Rules and Administration. He is the longest serving U.S. Senator from Alabama, surpassing John Sparkman who held the previous record. 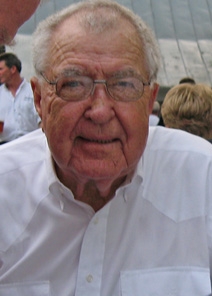 Carroll Hall Shelby was an American automotive designer, racing driver, and entrepreneur. Shelby is best known for his involvement with the AC Cobra and Mustang for Ford Motor Company, which he modified during the late 1960s and early 2000s. He established Shelby American Inc. in 1962 to manufacture and market performance vehicles, as well as Carroll Shelby Licensing in 1988 which grew into Carroll Shelby International.

Steel Magnolias is a 1989 American comedy-drama film directed by Herbert Ross. It is a film adaptation of Robert Harling's 1987 play of the same name. The play and film are about the bond a group of women share in a small-town Southern community, and how they cope with the death of one of their own. 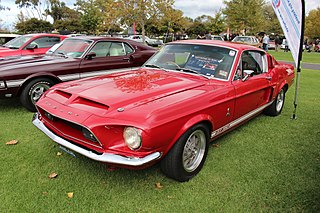 Isaac Shelby was the first and fifth Governor of Kentucky and served in the state legislatures of Virginia and North Carolina. He was also a soldier in Lord Dunmore's War, the American Revolutionary War, and the War of 1812. While governor, he led the Kentucky militia in the Battle of the Thames, an action that was rewarded with a Congressional Gold Medal. Counties in nine states, and several cities and military bases, have been named in his honor. His fondness for John Dickinson's The Liberty Song is believed to be the reason Kentucky adopted the state motto "United we stand, divided we fall". 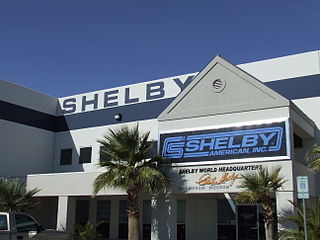 Isaac Shelby Cemetery State Historic Site is a park in Lincoln County, Kentucky. It marks the estate and burial ground of Kentucky's first governor, Isaac Shelby. The site became part of the park system in 1951.

Capleville was an unincorporated community in Shelby County, Tennessee, United States, just north of the Mississippi border. It is located 0.5 mi. east of the Memphis International Airport, starting 1 mi. west of the intersection of State Routes 176 and 175, and heading east along State Route 175 crossing U.S. Route 78. The area has been incorporated into the City of Memphis and since has become a large industrial center due to its proximity to the airport and Lamar Avenue which becomes a divided freeway after State Route 175.

Uncle Tom's Cabin is a 1965 German film directed by Géza von Radványi. The film was entered into the 4th Moscow International Film Festival.

The Shelby Star is a newspaper based in Shelby, North Carolina. The newspaper was owned by Freedom Communications until 2012, when Freedom sold its Florida and North Carolina papers to Halifax Media Group. In 2015, Halifax was acquired by New Media Investment Group. 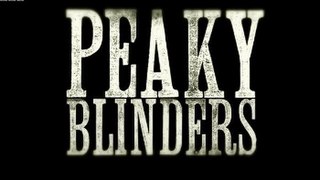 Peaky Blinders is a British crime drama television series created by Steven Knight, that premiered on BBC Two on 12 September 2013. The series is primarily set in Birmingham, England, and follows the exploits of the Shelby crime family in the aftermath of World War I. The fictional gang is loosely based on the Peaky Blinders, a real 19th century urban youth gang who were active in the city from the 1890s and early twentieth century. Cillian Murphy stars as Tommy Shelby, the gang's leader, with Helen McCrory and Paul Anderson playing Tommy's aunt and older brother respectively, who serve as the second-most senior members of the gang. 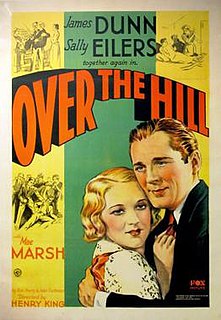